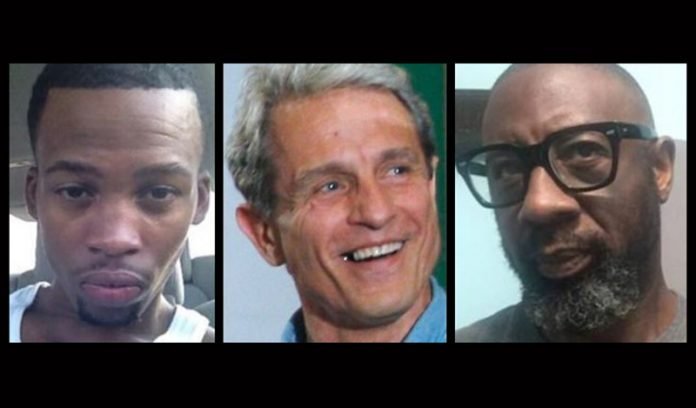 Activists seeking justice for the death of Gemmel Moore who was found dead in Ed Buck’s West Hollywood apartment, are circling an online petition asking Magistrate Judge Rozella A. Oliver to deny Buck bail while he waits for his day in court scheduled for January 2021. Petitioners believe he is a flight risk.

Buck, 65, was arrested September 17, 2019. He is seeking bail, saying he is at higher risk for contracting COVID-19 due to his age and that he says he suffers from gum disease and needs specialized cardiac care.

The online petition reads as follows:

On September 25, 2020, Ed Buck who is charged with nine federal counts – including one count alleging that Buck knowingly enticed 26-year-old Gemmel Moore to travel to the Los Angeles area to engage in sex work–will ask a judge in Los Angeles to be released on bail.

Buck allegedly provided methamphetamine to Gemmel Moore who overdosed on the drug and died on July 27, 2017. Buck also is charged with another count of enticing another man to travel with the intent of engaging in prostitution.

On January 7, 2019, Timothy Dean died of a methamphetamine overdose in Ed Buck’s apartment.

Last year, a federal grand jury returned a five-count indictment charging that Buck “engaged in a pattern of soliciting men to consume drugs that Buck provided and perform sexual acts at Buck’s apartment,” which is a practice described as “party and play.” Buck allegedly solicited victims on social media platforms, including a gay dating website, and used a recruiter to scout and proposition men.

With at least $3.4 million in liquid assets, Ed Buck is a flight risk and danger to the community. There’s no guarantee that he will stick around to face charges in the deaths of Gemmel Moore and Timothy Dean.

Ed Buck’s attorneys have said that he would sign a $400,000 appearance bond, surrender his passport, and would agree to electronic monitoring if released, but most of Buck’s crimes were committed in his apartment. Gemmel Moore overdosed and died in Buck’s apartment followed by Timothy Dean a year and a half later. Last year, Joe Doe overdosed inside of Buck’s apartment, but thankfully lived to tell the authorities about it. Confining Buck to his “home” doesn’t guarantee the safety of the community–in fact, it’s just the opposite.

Even if the courts mandated that Buck cannot use a computer, fly people into town, or use social media dating sites, there is nothing in his history to indicate that Buck would change his previous behavior that led to the deaths of two men and the near-death of countless others.”

“I signed because the DA failed to incriminate Mr. Buck after the first death, then a second death,’ wrote Christ T in the comments section of the petition. “It took a third person to be near death for Mr. Buck to be arrested…something that should have happened a long time ago. We can’t keep letting money save themselves when wrong is clearly wrong. Keep this monster locked up. He didn’t steal a snicker bar, he stole lives!”

“Ed Buck is dangerous and has no remorse,” added Mark H.

As of the publishing of this article, 291 people have signed the etition of the 300 signatures requested. It should reach its goal by the end of the day and will most likely surpass it.

The signatures will be emailed and delivered in person to the Court and to federal prosecutors.

It’s so sad that the liberal elite is playing up this expected tragedy as a symbol of hate. Addicts choose this life and we should not label it as systemic racism.