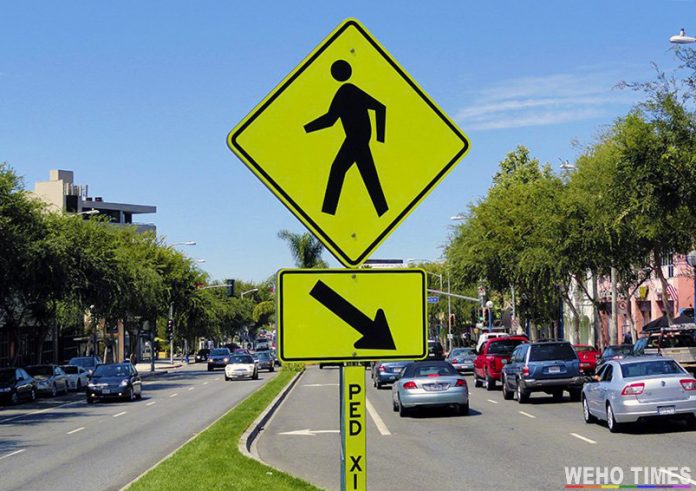 A Los Angeles County Superior Court jury has delivered a $2,764,982 verdict in favor of a pedestrian who suffered injuries to his foot after he was struck by a vehicle while crossing the street in West Hollywood. The verdict for Michael Green v. Mohamad Navab, Case No. 20STCV27708, was rendered on Monday, April 11, 2022, at the Stanley Mosk Courthouse following a 13-day trial before the Honorable Gregory W. Alarcon.

Business Wire reports that on September 27, 2018, plaintiff Michael Green was walking northbound in a marked pedestrian crosswalk at the intersection of Holloway Drive and Palm Avenue. Defendant Mohamad Navab’s vehicle was traveling westbound on Holloway Drive and approaching Palm Avenue where two vehicles were stopped in front of him. Navab attempted to pass the stopped vehicles by proceeding into the parking lane on the right side. Navab’s vehicle entered the marked pedestrian crosswalk and the left front tire of the vehicle ran over Mr. Green’s left foot. At least 800 pounds of force was applied to Mr. Green’s foot as a result of the incident.

Mr. Green alleged his injuries included Complex Regional Pain Syndrome (CRPS). Over the course of the next three years, Mr. Green participated in a variety of treatments for his injured foot including peroneal, tarsal tunnel, and calcaneal nerve release procedures, as well as three lumbar sympathetic blocks, several cortisol injections to the foot, and a temporary spinal cord stimulator — an implanted device that sends low levels of electricity directly into the spinal cord to relieve pain. Since CRPS is a lifelong disease and Mr. Green has had good results in lessening his pain with the temporary spinal cord stimulator, it is recommended that the 32-year-old undergo another procedure to have a permanent spinal cord stimulator placed in his body for the rest of his life.

Throughout the trial, defendant Navab conceded that Mr. Green’s foot was injured as a result of the incident but denied liability as well as the extent of Mr. Green’s injuries and resulting pain. The defense disputed liability and argued that the plaintiff was at fault because he was not paying attention. The defense also argued that Mr. Green did not have CRPS, or any residual injuries from the incident, and supported this argument with hours of sub rosa surveillance videos that the defense argued showed Mr. Green was walking fine with no signs of pain. The defense had two private investigators follow Mr. Green for over 400 hours in an attempt to show he had no signs of injury or pain.

The defendant spent money for 400 hours of surveillance of the plaintiff and argued that he “was not paying attention?” Plaintiff deserved twice as much and defendant deserved a lifetime ban on driving. Just for being a grade-a a$$hole.

That’s a lot of money for running over a foot.

A foot is the foundation of a body.