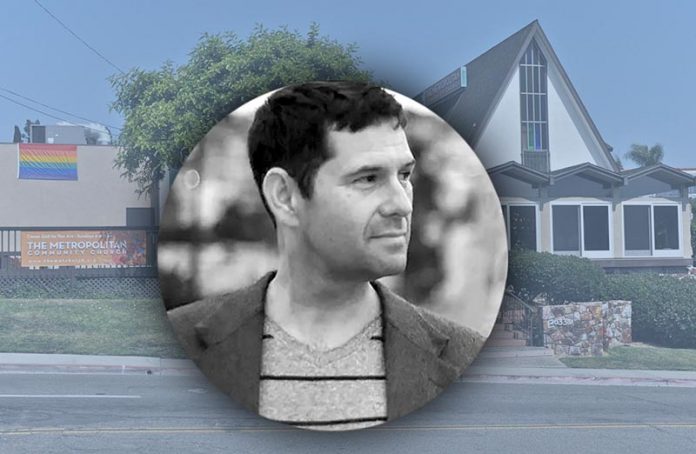 Thom Senzee, 54, was found dead on Thursday, March 24, 2022, in Palm Springs, CA. His death was unexpected leaving his family in need of financial help to support a proper burial.

“Thomas leaves a beautiful legacy of his journalistic pursuits,” said his sister Barbara Senze. “He is well respected in that Industry. He was in the middle of an important project that he was so excited about and I hope to assist his business partner in completing it. The costs for a proper funeral and burial are are about halfway covered now. I still need some funds raised for the remaining balance and for a separate celebration of life memorial gathering.” 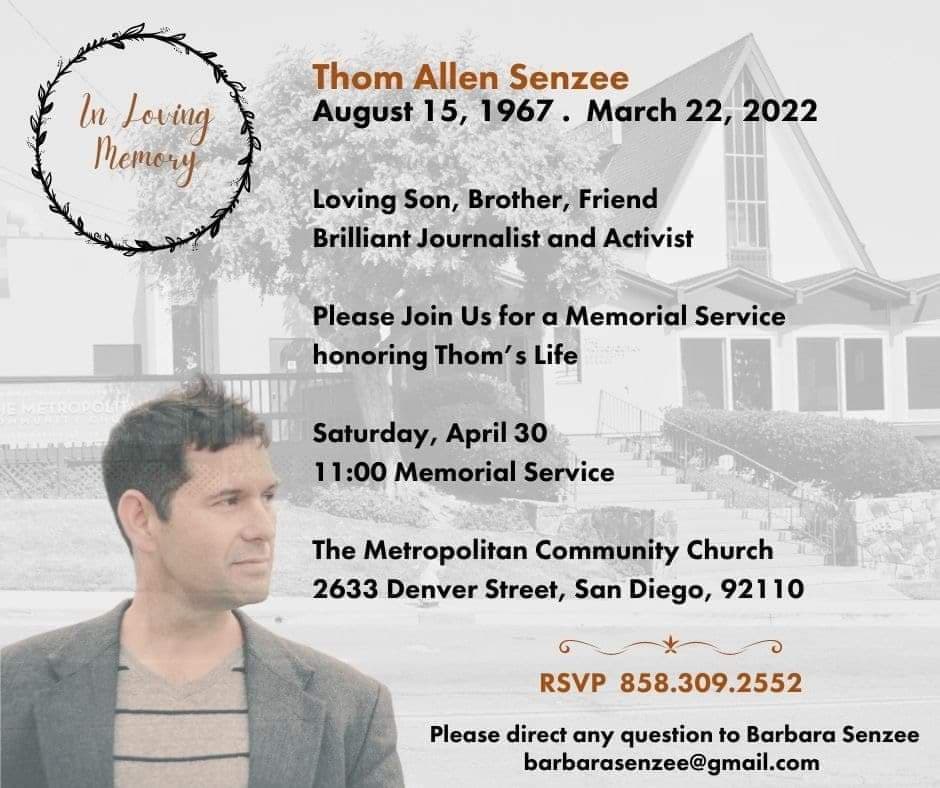 Journalist Thom Senzee was an award-winning veteran journalist for close to 30 years. He was the founder and moderator of LGBTs in the News. His works include several articles in WEHO TIMES, that included coverage of Ed Buck in relation to the death of Gemmel Moore. He was a Huffpost signature blogger, and author of the All Out Politics syndicated column. Former editor-in-chief of LGBT Weekly and world news correspondent for The Advocate, he has also served as law reporter for the Los Angeles Business Journal’s Valley edition, and was featured in OUT Magazine, The Washington Blade and The Fight Magazine. Thom served on the board of directors of the San Diego Press Club, and was the organization’s Professional Development Committee chair. He was also a member in good standing of the Society of Professional Journalists, the Los Angeles Press Club and the National Lesbian and Gay Journalists Association.

His LinkedIn profile describes him as an experienced-trained journalist with a passion for the trade and its role as the Fourth Estate and protector of the U.S. Constitution. He specialized in investigative reporting, politics reporting, law-and-justice news and features, live-panel moderator, blogging, research, business news, tech and health care news. His LGBTs In The News featured a nationwide live-discussion panel series, which earned him an “ELGY”​ award which honors allies of the LGBT-equality movement annually.

A fund raiser to help cover his funeral expenses is below: https://gofund.me/6c423ad2