John Waters Kicks Off Queer Biennial Collective ‘What if Utopia’ 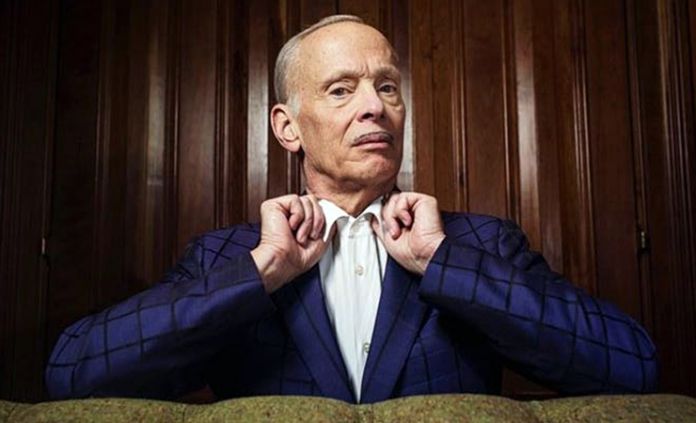 The Queer Biennial Collective is launching the third installment of its international arts and performance event: Queer Biennial 2018, titled “What if Utopia,” which asks the invited artists/writers/performers to explore their own sensibilities of an ideal, otherworldly landscape, and examine ideas of a Queer Utopia. This theme is proposed in broad terms, leaving participants to explore it in the abstract, the carnal, the cerebral, the fantastical, and the optical.

What if Utopia is kicking off on Friday, June, 1 with an opening reception hosted by John Waters. The event is taking place at NAVEL, located at 1611 S Hope St., at 8pm. In addition to the exhibition of work being on display, several performances will take place during the reception. A keynote address by Waters will commence the opening at 8:20pm. John Waters, best known for his legendary films including Pink Flamingos, Hairspray, and Serial Mom.

Ruben Esparza, the Queer Biennial’s founder and director is working with Nicholas Miloš Mestas, Chief Curator and Stuart Sandford, Film Curator, among many others.

The collective will includes works by over 100 artists hailing from over 20 countries and at various stages in their careers, ranging from emerging to established. It includes unique oeuvres by icons including Andy Warhol, Robert Mapplethorpe, Keith Haring, and Tom of Finland. Film screenings include works Brontez Purnell and Wakefield Poole, among others.

The Biennial will also host performances by a diverse array of artists including Saturn Rising, Bebe Huxley, M. Tennyson, and Sailorfag. In addition to visual and performative art, a literary event will take place on June 24th at the Tom of Finland Foundation.   The Queer Biennial’s founder and director is Ruben Esparza. Working with him for this iteration is Nicholas Miloš Mestas (chief curator), Stuart Sandford (curator in charge of film), Mark Tennyson (curator in charge of performance), Steven Reigns (curator in charge of literary arts), Ilona Berger (curator & director at Last Projects), Michael Holt (curator & co-founder of NAVEL), Yelena Moskovich (curator in Paris), and Carlos Morales Rábago (curatorial advisor in Mexico City).

The Queer Biennial is an international survey focusing on current moments in LGBTQ art and culture and will showcase emerging, mid-career, and established artists. Featured work includes installation, lm, live performance, and historical documentation. Invited artists do not shy away from sexuality, identity, the body, and all around queerness. As independent and collaborative effort, we champion and challenge artists of all disciplines to temporarily step away from the white-box systems and explore new spaces in an unfiltered and organic fashion. Every exhibition or event is carefully researched, and realized with an invited list of artists and curators from around the globe. The Queer Biennial began in 2014 and is firmly planted here in Los Angeles with happenings in Europe, Latin America, and around the world. Past venues have included: Coagula Curatorial, Industry Gallery/Los Angeles, with satellite installations and performances that took place at the Tom of Finland Foundation, Antebellum Gallery, Please Do Not Enter, LACA, PAM, among others. Lectures and performances were held at the Ace Hotel in Downtown Los Angeles. Additionally, Hotel Gaythering hosted exhibition and events in Miami during Art Basel.

A full list of exhibiting artists, events, and happenings can be viewed at queerbiennial.com.

Prior to opening to the general public, a private book signing and cocktail hour with John Waters will take place in the gallery from 6:30pm – 8pm. In addition to supporting the Queer Biennial, guests who purchase tickets to the pre-opening event will receive a copy of John Water’s latest book, Make Trouble, which will be personally signed for on-site. Guests will be treated to complimentary signature cocktails and soft drinks.