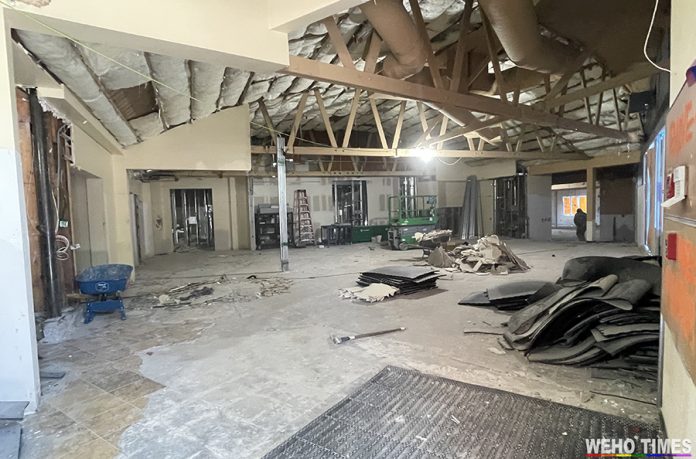 Construction seemed quiet at the former 24-Hour Fitness Sport gym, located at 8612 Santa Monica Boulevard, these past couple of months as local community members await the opening of an up-and-coming John Reed gym. It was hard to tell if anything was being done inside the building behind its brown paper window coverings. However, a sneak peek inside yesterday shows that construction workers have been hard at work gutting the entire site from floor to ceiling. The space with its fitness roots dating back to the 60s, is getting a major overhaul for what promises to be an upscale gym, unlike any that area has ever known.

There has been a rumor circulating around by some local businesses that John Reed gym wants to pull out of the deal, due to several construction issues, especially around the pool area. According to hearsay, they want an indoor pool, but are having trouble making that happen. According to the rumor mill, the space may not live up to the standards of a John Reed gym and may turn into another fitness entity owned by fitness leader RSG Group (they own Golds Gym which would make so much more sense at that location). 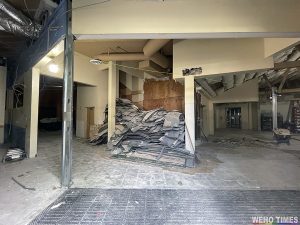 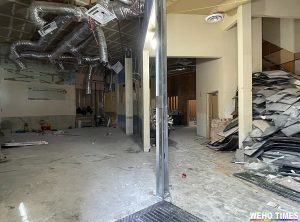 We can put that rumor to rest (at least for now) after we ran into one of the architects who happened to be exiting the building with a big stack of rolled-up blueprints over his shoulder with the John Reed name printed on them. According to this architect, John Reed is still very much coming to West Hollywood and all is going according to plan. He anticipates the gym will open in roughly ten months. 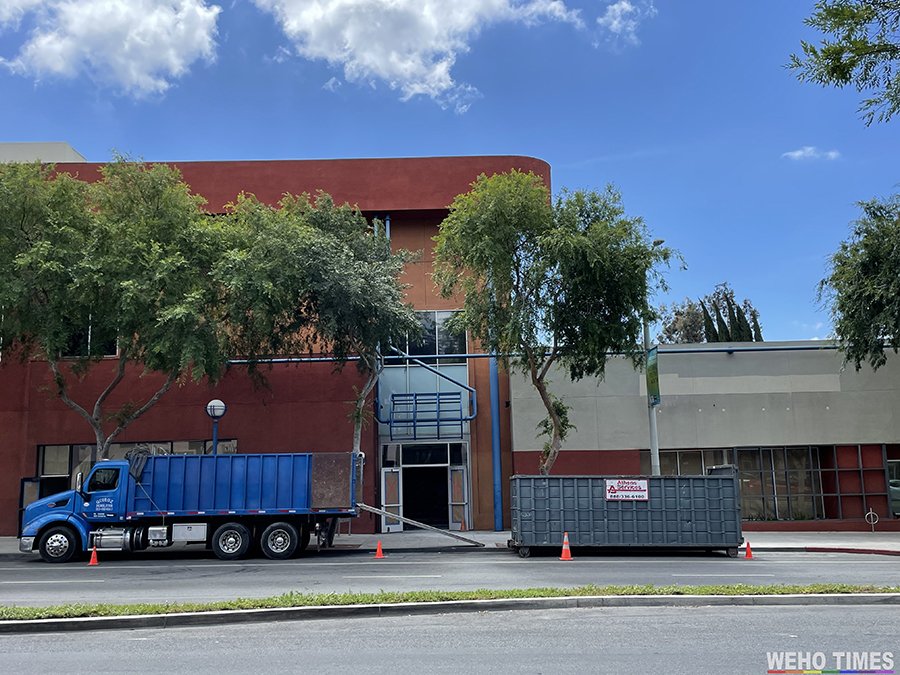 The WeHo 24-Hour Fitness gym officially closed on Tuesday, November 30, 2021 at exactly 9:00 p.m. Wehoans woke up to a different West Hollywood the morning after. The gym’s closure has changed the ecosystem of gyms in the surrounding area. The opening of a new John Reed gym at that location may be the answer for many who are finding local gyms like Crunch Fitness and Golds Gym too crowded for comfort. Other community members may find it too expensive to bother. We’ll learn more in ten months.

What a horrible shame. That outdoor pool was exquisite the way it was. Now they are going to destroy it. Generations of people, young and old, loved it and swam for decades. It was a refuge. Now they are going to tart it up. They have run the “elder” population off in favor of what most likely a trendy cool, crowd. There are already too many Equinox-like places. For so many, this club – especially the outdoor pool – was a lifeline. There was no need to do this.