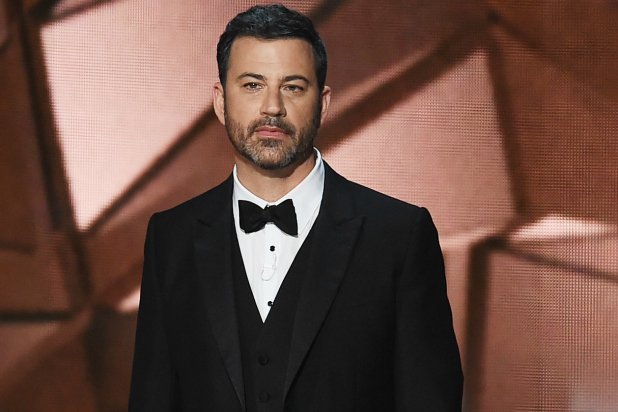 Bradford will present an award to Co-CEO of WME | IMG Ariel Emanuel, while presenter Rhimes will take the stage to honor Valerie Jarrett, former senior advisor for the Obama Administration. Kimmel will host the evening that includes special appearances by O’Donnell and Fowler.

Shonda Rhimes is the founder of Shondaland, which brings the world “Grey’s Anatomy”, “Scandal”, “How to Get Away with Murder” and the upcoming “For the People” and “Untitled Grey’s Anatomy Spinoff.” For her collective works, Rhimes is the recipient of many awards including a Golden Globe, the Peabody Award as well as lifetime achievement awards from the Directors Guild of America, the Writers Guild and the Producers Guild among others. She’s also a National Association of Broadcasters Broadcasting Hall of Fame inductee.

Artist Mark Bradford was presented with the US State Department Medal of Arts in 2015 and in 2013 he was elected as a National Academician by the National Academy Museum and School of Fine Arts in New York. Bradford is also a recipient of David C. Driskell Prize (2016); the McArthur Fellowship (2009); the Wexner Center Residency Award (2009) and the Bucksbaum Award, granted by The Whitney Museum of American Art (2006). In November 2017, Bradford will present ‘Pickett’s Charge’, a monumental commissioned cyclorama of paintings at the Smithsonian’s Hirshhorn Museum and Sculpture Garden in Washington, D.C.

“It’s a great honor to receive this award from the Los Angeles LGBT Center, and not one I take lightly,” Emanuel said. “While this community has come a long way in a short time, there are still big obstacles to full equality—both here and across the country. I’m a proud supporter of this essential work, and I view this award as an obligation to use my role to fight for a better future for all.”

“I am incredibly honored to be recognized by the Los Angeles LGBT Center,” said Jarrett. “At a time when so much is at stake, we must remember that our nation’s history is built on its citizens’ resilience and willingness to continue the fight. The Center remains an unstoppable force in the fight for full equality for members of the LGBT community.”

This year’s star-studded, Hollywood-meets-the-Beltway evening will bring together more than 1,000 leaders from the civic, corporate, entertainment, and philanthropic communities to celebrate the inspirational 2017 honorees for their unwavering support of the LGBT community and their dedication to creating positive change in the world. Guests will enjoy cocktails, dinner, and entertainment, along with a not-to-be-missed silent auction that includes high-end items, packages, and experiences.

Tickets are now on sale at lalgbtcenter.org/gala. For the latest event news and information, follow @lalgbtcenter on social media and join the conversation using #VanguardAwards.

Since 1969 the Los Angeles LGBT Center has cared for, championed, and celebrated LGBT individuals and families in Los Angeles and beyond.

Today the Center’s more than 600 employees provide services for more LGBT people than any other organization in the world, offering programs, services, and global advocacy that span four broad categories: Health, Social Services and Housing, Culture and Education, Leadership and Advocacy. We are an unstoppable force in the fight against bigotry and the struggle to build a better world; a world in which LGBT people can be healthy, equal, and complete members of society. Learn more at lalgbtcenter.org.