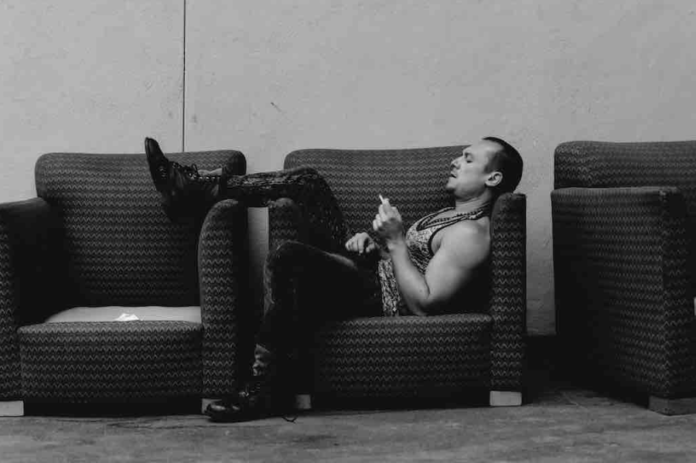 Sitting in my favorite local Italian joint, Marco’s Café in West Hollywood, I grooved to the beats overhead.  But soon that music was upstaged by my guest, a man wearing dark shades and sporting a surfer’s punk haircut.  His name is Jesse Sarvinski, a ten-year resident of WeHo, and like all folks in WeHo, he has a story behind those pale blue eyes.

You see, Jesse is a musician, poet, and philosopher who uses his music to deliver a larger message to the world.  His musical style has elements of rock, folk, rockabilly, and pop.  But regardless of the genre he chooses to slip into, like an old coat, it fits him perfectly.  Much of his music draws us in by its gravity, and that is most evident in his video for “Step.”

The video begins in black and white, and the opening shot captures an old woman digging through a garbage can for food.  It then transitions to a supposed homeless man in a subway station, dressed up like the mythological Greek God Pan.  He begins to dance within a subway car, filled with passengers.  The old woman soon enters.  The subway passengers, as expected, try to ignore the transients, going about their mundane daily task of living.  But as soon as the homeless man receives a magic flute and plays music, the video shifts into bright and beautiful color.  The people are awakened and begin to dance.

Like the god Pan who liberated the Athenians from becoming enslaved by an invading army, Jesse Sarvinski’s music lends itself to this classical mythology in that we too become liberated.  Freedom takes many shapes and manifests itself in different forms.  Here the music does exactly what it intends.  There is certain depth and maturity in his cadence that speaks to our humanity.

Lyrically, the song “Step” taps into a universal theme and speaks to us on a level that is rare.  Jesse sings, “The Cold War is over, but the war within is just beginning.”  In listening to the song, we are awakened from a great sleep, almost like a slumbering world is shaken into a new waking reality.  Then visually, the video for “Step” ends with a daisy sprouting out of a grenade.  Two opposing symbols of “war” and “peace,” one morphing into another.

The imagery is powerful, backed by Jesse’s haunting voice.  We cannot help but feel we just took an epic journey.  Images and words connect us in a way that, if done correctly, can open doorways into new ways of thinking.

Jesse Sarvinski’s revolutionary sound challenges us to look at ourselves as a people.  He, through notes and lyrics, opens a portal in which to travel through.  A new realm of thinking.  And, when we finally realize that there is only one race – the human race – then maybe we can learn to live in peace on this “third stone from the sun,” as Jimi Hendrix so eloquently called our planet.

During our get-together at Marco’s Café, Jesse shared that he was born in the small coastal town of Eureka, California, and was raised as a Catholic with a hippie slant on life.  “God is Love” was a common childhood motto.

He was trained as a musician and learned to play the piano, harmonica, and guitar.  He then moved to the greater Los Angeles area where he attended UC Irvine and studied psychology.  “I always knew I wanted to play music and use my school training as a foundation,” he said.  “Music was my ticket out of a small town.”

He then moved to the surfing community of Laguna Beach, where he would play concerts on the beach, in coffee shops, and anywhere else he could get a gig.  I asked him about “Step,” and he proclaimed that he wanted to make a political statement.  “Step up to what’s going on in the world,” he stated as its message.

We then talked about his process.  He imparted that he works from a home studio where he fully produces his music and plays all the instruments including guitar, piano, and synthesizers.  After laying down the foundation and completing the tracks, he then brings in other musicians to play.  When speaking about this, I found it easy to get lost in the dramatic presence of such a great talent.

Multi-talented and driven, Jesse Sarvinski speaks with a measured and almost divinely appointed mission, which is getting his message of life out, through music.

And with that I asked one final question, “Tell me about your new song ‘Tango.’” He replied that it is a song about relationships, a kind of metaphor for life.  Then this musician, poet, and philosopher concluded with a message to his fellow WeHo residents, “Life is a dance.” 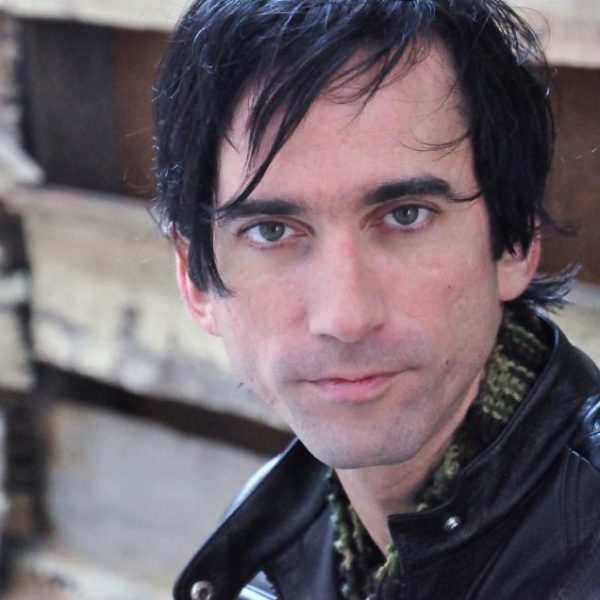 Beau Waller
Beau Waller is a graduate of AADA in New York and an Actor/Writer/Producer living in West Hollywood. He loves all things “Rock ‘n Roll!”
RELATED ARTICLES
News