Former West Hollywood Mayor and council member Jeffrey Prang, was sworn in for a second term as the 27th Assessor of Los Angeles County on December 3, 2018. He took an oath before a crowd of more than 500 friends, family, officials, and staff.

Prang thanked his staff for their commitment to public service excellence and lauded this year’s record-breaking Assessment Roll value while noting simultaneous savings to a record number of veterans, homeowners, and non-profit organizations. 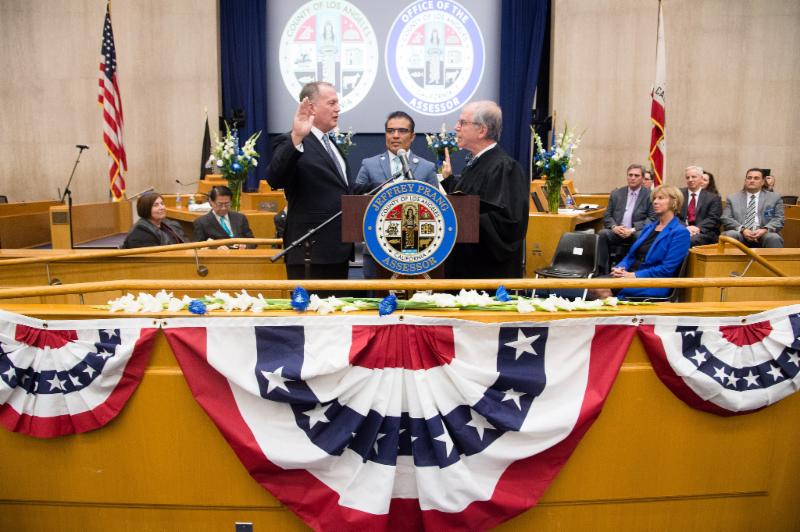 “I am excited for what the next four years will hold as we complete the technological innovation of the Office, bring new vision to our public service, and continue to dedicate ourselves to the people of this County,” Assessor Prang stated in a press release. ”We have achieved many of the tasks we set for ourselves four years ago, demonstrating definitively that the Office of the Assessor is an agency of which both its employees and the public can be proud. The oath I took today signifies my continued commitment to fulfill the pursuit of excellence in public service, to lead the way so that others may follow; and to improve the quality of life for all families in the County.”

Los Angeles County Assessor Jeff Prang leads the largest governmental property assessment agency in the US. His office of 1400 appraisers and support staff are dedicated to creating an accurate and timely assessment roll. In 2018, the Assessor’s Office established values for 2.57 million properties collectively valued at $1.51 trillion. For more information, visit us at assessor.lacounty.gov, call us at 213.974.3211, send emails helpdesk@assessor.lacounty.gov, or connect on social media @LACAssessor.