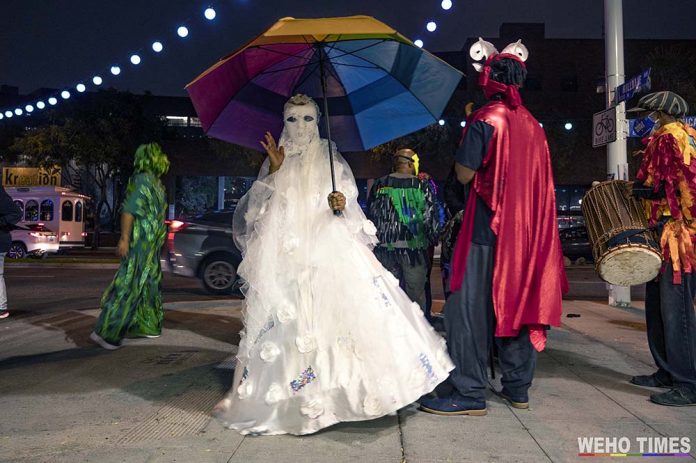 This past Saturday night, October 30th, Jamaican Jonkanoo characters Queen, Devil, Pitchy Patchy, Jack-in-the-Green and Belly Woman were in high spirits as they joined throngs of Halloween revelers to make their debut in the festive West Hollywood community. The pre-Halloween celebration in West Hollywood was a night for ghouls, goblins and Jamaican Jonkanoo! 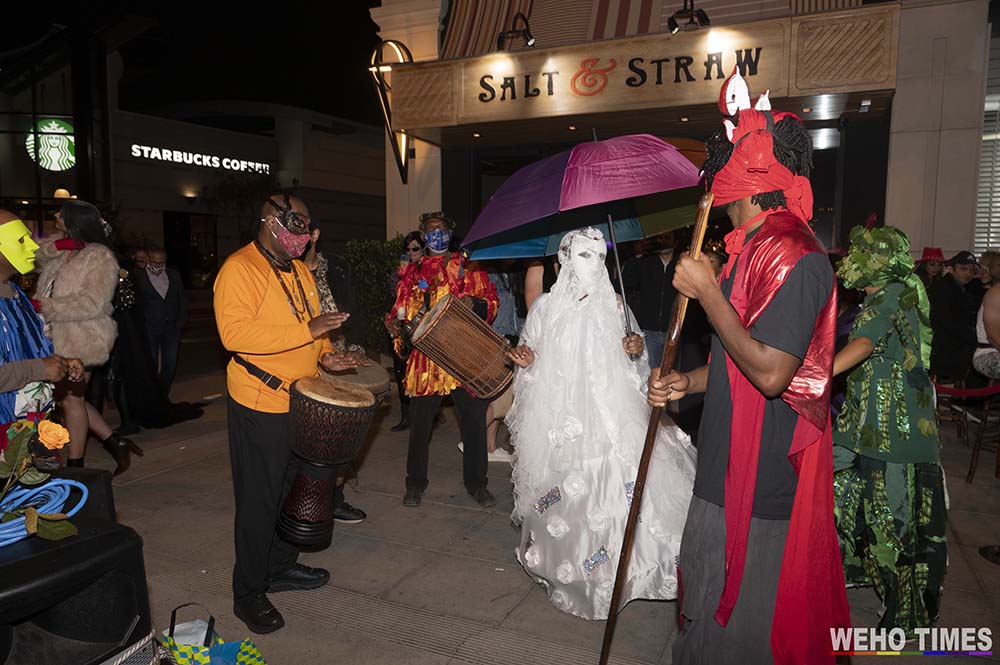 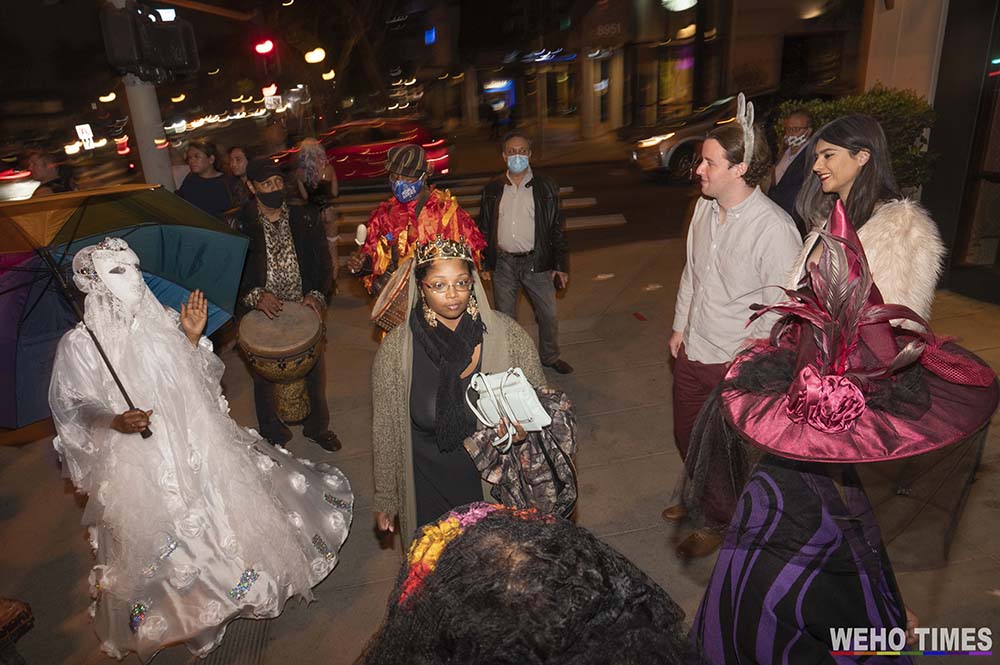 Dancing to live drums and the rhythmic recorded sounds of ‘Jonkanoo a Come!’ the characters worked their way along the crowded sidewalk as delighted patrons of numerous ‘al fresco’ sidewalk dining establishments greeted, danced and interacted with them. The Queen, played by Nailah Sewell in a resplendent white costume, designed by artist Marie Kellier, was particularly popular, as photographers and pedestrians posed and took photos of her. Other Jonkanoo performers were Yomila Xoy, John Broadway, Tim Jones and Marie Kellier.

As the Jonkanoo band danced along the route, the audience was thrilled to join the fun and created a parade line behind the Jamaican Jonkanoo, dancing and cheering as they moved down the sidewalk. The costumed parade line created a lovely, multicultural ‘procession,’ of revelers dancing to the enigmatic music of Doc Ric Wilson of Mandrill. Performing live drums for the event, Doc Ric was joined by fellow musicians Victor Orlando and DeLaun Mitchell to entertain the joyful and receptive crowds. A mobile sound system by Eden Ramos facilitated the procession, filling the air with music for the duration of the procession. 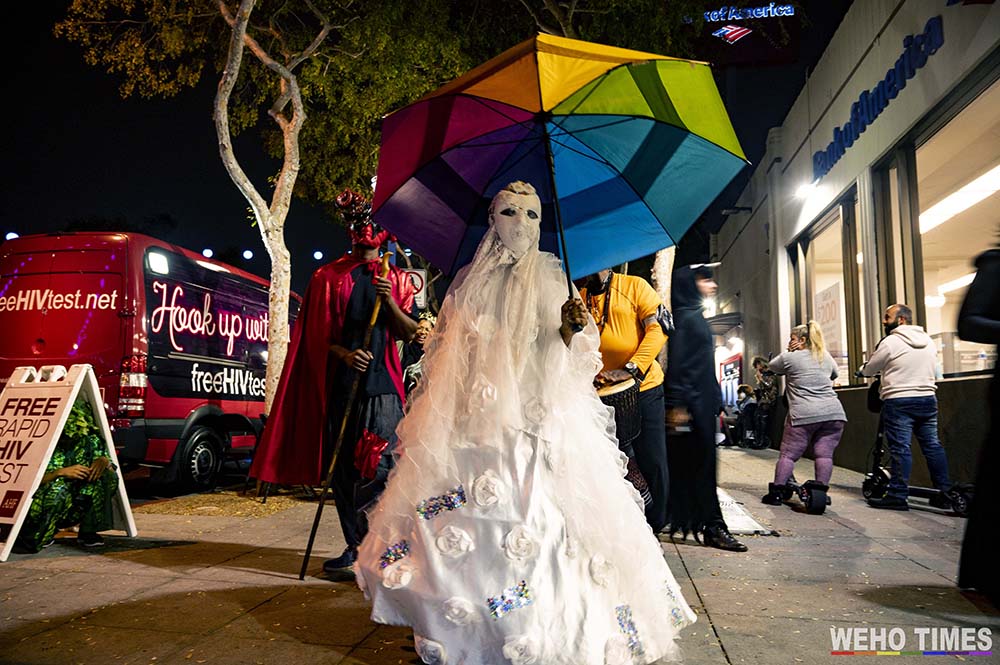 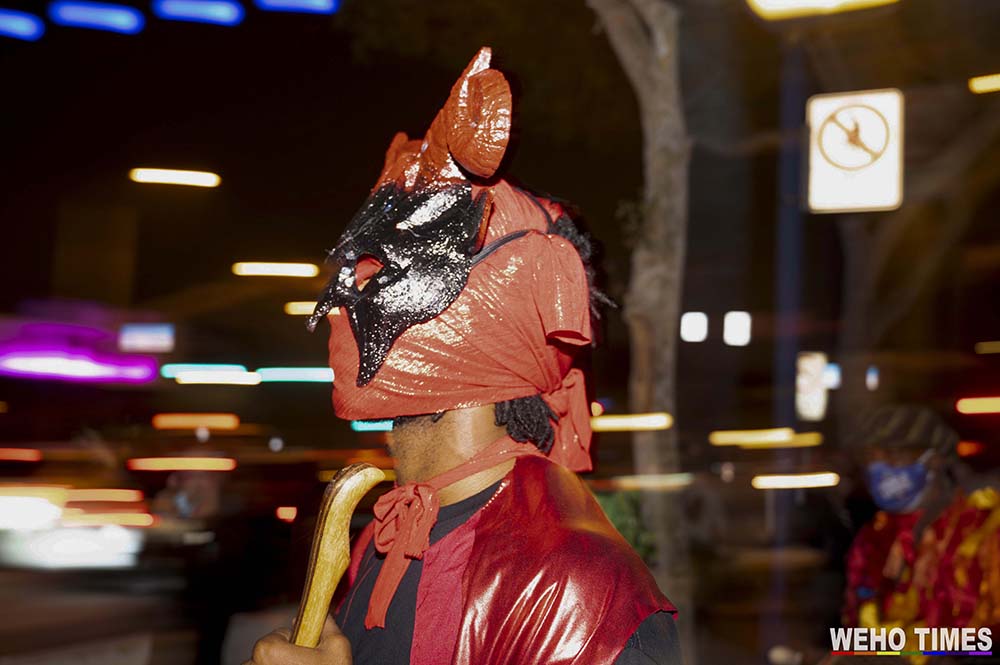 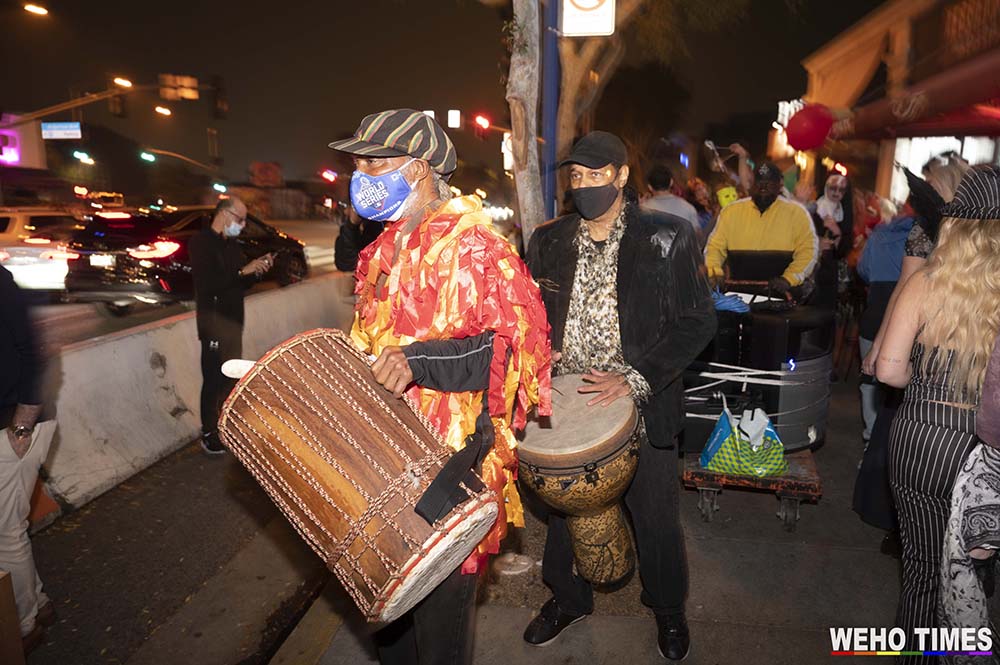 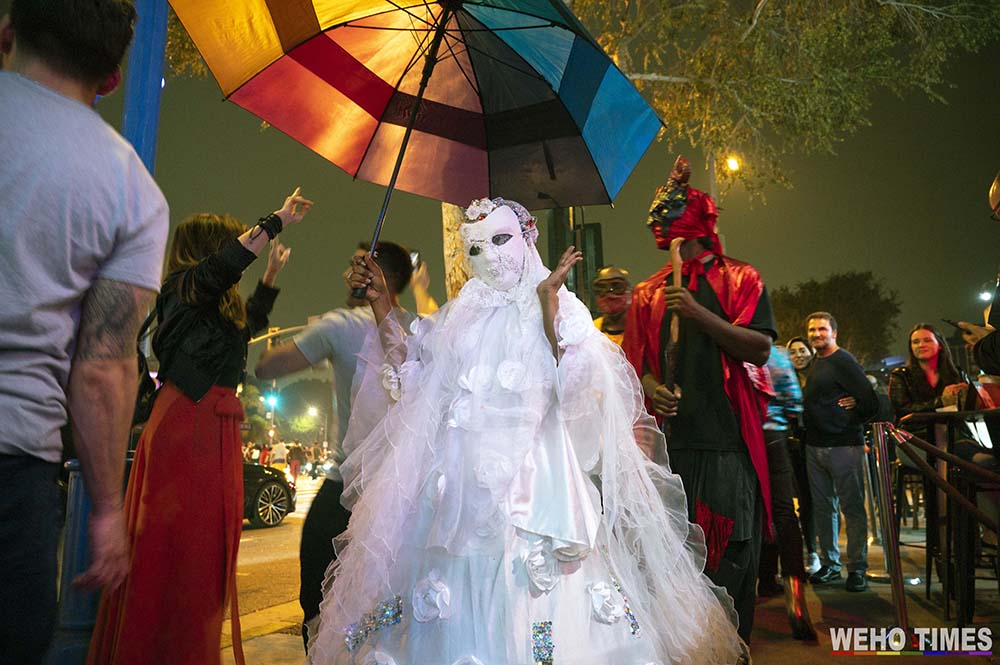 According to Creative Director Marie Kellier, “it was wonderful to see the positive response of the community to our presentation and I was honored to have an opportunity to provide this cross-cultural interaction between the West Hollywood and Jamaican communities. We would definitely like to do this project again, and our hope is to develop more engagement between both communities to create better understanding.”

This event was made possible in part, by grants from the City of West Hollywood Arts Division, Alliance of California of Traditional Arts (ACTA), Los Angeles County Department of Arts and Culture and was produced by MARIKEL Production Studios. For information, internationaleyela@gmail.com or (213) 761- 4475.