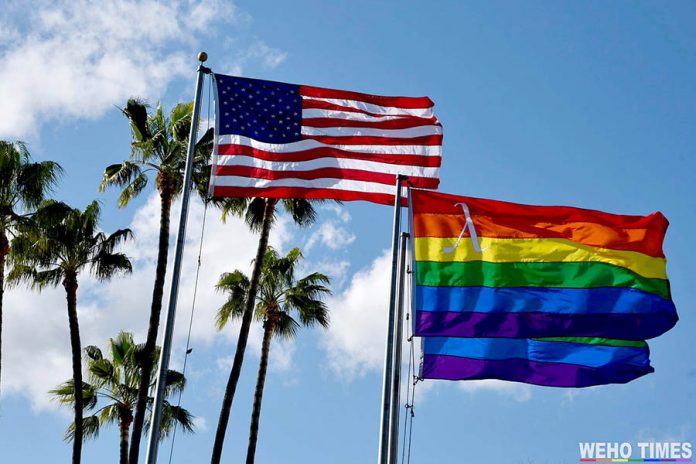 Additional details about WeHo Pride Weekend will be made available in the coming weeks at www.weho.org/pride.

Community groups may apply to participate in one of two ways:

1. Activate a designated space in the event area for WeHo Pride Weekend (in the area of West Hollywood Park and N. San Vicente Blvd. during the weekend of June 3-5, 2022); or
2. Request City funding for a unique event, produced entirely by your group.

Community group applications will be reviewed by the City of West Hollywood and a limited number of approved groups will be chosen as WeHo Pride participants. The deadline to apply to receive funding for a community event is 5 p.m. on Thursday, March 31, 2022. If an organization or group is proposing to host a parade, please upload a proposal for the City’s consideration and City staff will follow up with a supplemental application for completion. Parade proposals and supplemental parade applications must be received and deemed complete by 5 p.m. on Monday, February 28, 2022.

Additional details about WeHo Pride LGBTQ Arts Festival, including a full calendar of events and downloadable brochure with times and locations, will be made available in the coming weeks at www.weho.org/pride. Some programs from 2021 are still available to be viewed online at https://bit.ly/OCOPYouTube.

For more than three decades, the City of West Hollywood has been home to the largest Pride celebrations in Southern California, as hundreds of thousands of LGBTQ people and allies from around the world make West Hollywood their destination for the Pride season. Home to the “Rainbow District” along Santa Monica Boulevard, which features a concentration of historic LGBTQ clubs, restaurants, and retail shops, the City consistently tops lists of “most LGBTQ friendly cities” in the nation.

Since incorporation in 1984, the City of West Hollywood has become one of the most influential cities in the nation for its outspoken advocacy on LGBTQ issues. No other city of its size has had a greater impact on the national public policy discourse on fairness and inclusiveness for LGBTQ people. More than 40 percent of residents in West Hollywood identify as LGBTQ and three of the five members of the West Hollywood City Council are openly gay. The City has advocated for nearly four decades for measures that support LGBTQ individuals and the City is in the vanguard on efforts to gain and protect equality for all people on a state, national, and international level.

The City of West Hollywood is one of the first municipalities to form a Lesbian & Gay Advisory Board and a Transgender Advisory Board, which each address matters of advocacy. As part of its support of the transgender community, the City has a Transgender Resource Guideavailable on the City’s website, which provides information about a variety of resources including legal, health, and social services, available in the Greater Los Angeles area to enhance and improve the well-being of transgender people.

They don’t call it One City One Pride any longer because there is no unity. Everyone is self-segregated into their own camps with their own special colors and preferred titles. Nothing but division and all jockeying for the title of the biggest victim of society. Being gay used to be fun. Not any more.