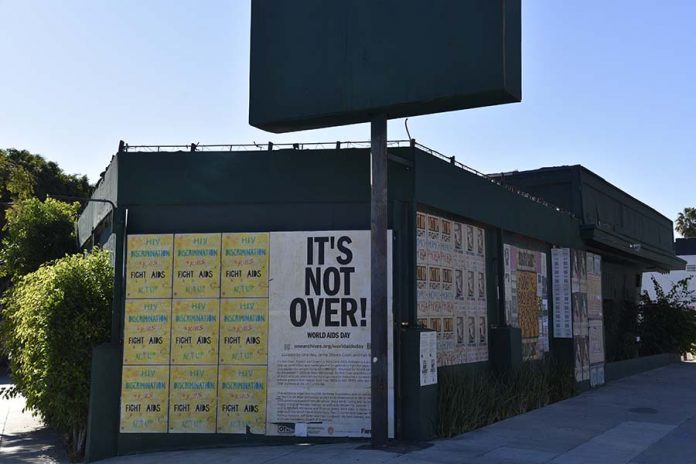 A short time remains to view the temporary outdoor AIDS exhibit “It’s Not Over: Posters and Graphics from early AIDS Activism, a temporary outdoor exhibit currently on view at 8954 Santa Monica Boulevard, (Southwest corner of Santa Monica and Robertson Boulevard) until this Thursday December 31, 2020, but it could run a bit longer.

It’s Not Over: Posters and Graphics from Early AIDS Activism is a temporary public art exhibit that acknowledges the longstanding fight for resources and respect for people living with HIV/AIDS. It was mounted for World AIDS Day on December 1, 2020 in West Hollywood, It’s Not Over amplifies voices of AIDS activists and community organizers by featuring a curated set of activist posters and images from mid 1980s to late 1990s selected from ONE Archives at the USC Libraries. This exhibit is curated by Umi Hsu, Jaime Shearn Coan, and Fati Beck; and organized by ONE Archives Foundation. 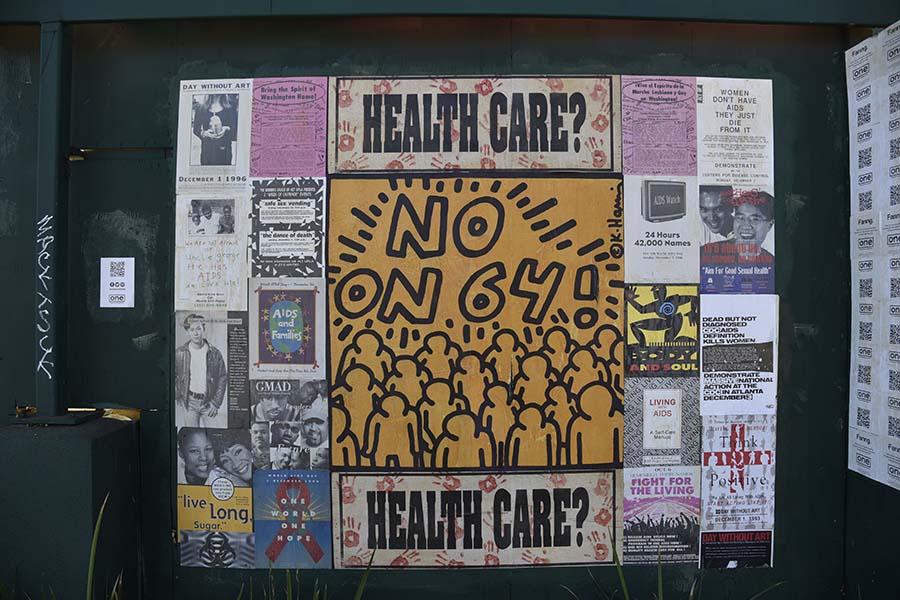 Artists Jake Steele and Jack Moreau were hired to maintain and re-paste the exhibit throughout the month. Steele tells WEHO TIMES that he has been hired to paint over the exhibit on January 9, 2020. He also revealed there are plans to have this exhibit resurface all over Los Angeles during pride month. 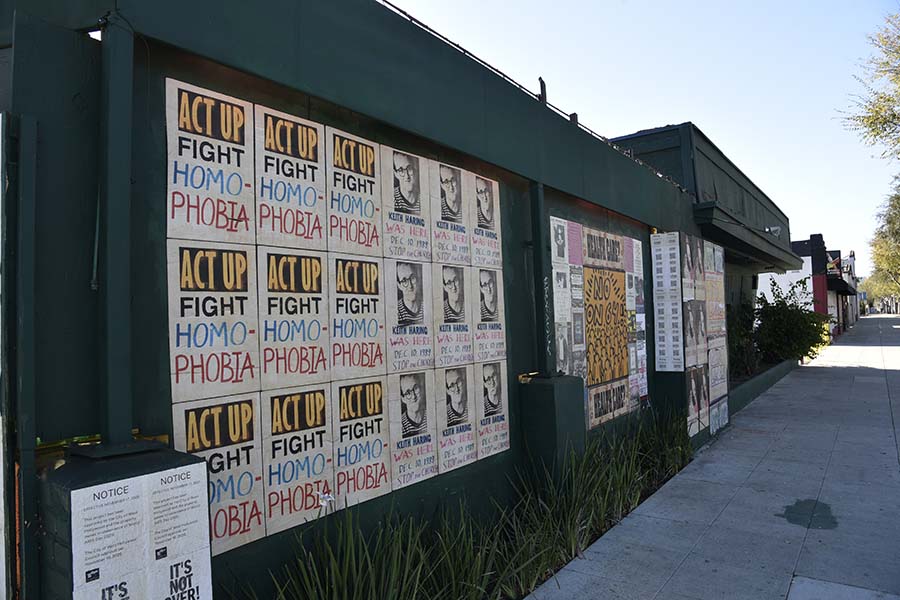 “Technically this exhibit will go on until the 30th [of December]. I will painting over it on the ninth,” he said. “Also what’s really cool is they’re talking about doing a similar thing for pride. This building is owned by Faring and they’re going to demolish it. The pride exhibit, they’re planning to do it everywhere in Los Angeles.”

Steel and Moreau have an art collective called Decisions and Review which focuses on bringing art to urban settings to promote creativity, community and analytical thought. To learn more, follow the Instagram page @decisionsandreview.

The It’s Not Over exhibit includes pamphlet graphics by Keith Haring, picket signs from historic protests in Los Angeles and New York, flyers for the first ACT UP/LA meeting in 1987 and Gay Men of African Descent (GMAD), safer sex campaign posters featuring men and women of color, World AIDS Day and Day Without Art posters, and more. World AIDS Day was first observed by the World Health Organization in 1988; it continues into the present with ever-shifting emphasis. The exhibited images recall earlier periods of organizing and resistance, which can help to galvanize us in the present.

In the style of Yoko Ono and John Lennon’s protest art messaging: “War Is Over! (If You Want It),” the art exhibit disseminates an important reminder that the HIV/AIDS epidemic is not over, with 38 million people living with HIV globally in 2019. Its ongoing impact disproportionately affects the Black community. As of 2018, 42% of new HIV cases have occurred within the Black community, which only makes up 13% of the US population. The “It’s Not Over” message, coupled with a diversity of experiences represented through the selected images, illustrates a multi-perspectival story of HIV/AIDS activism and highlights the longstanding struggle against HIV discrimination.

Information on the posters can be found here.