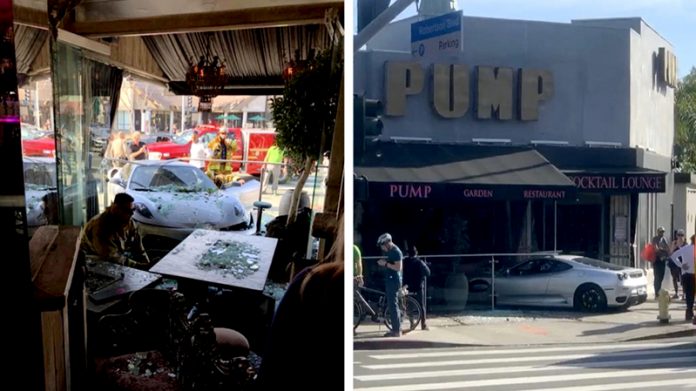 It was a dramatic brunch in West Hollywood when a Ferrari came crashing through reality TV star Lisa Vanderpump’s, PUMP restaurant, early this afternoon.

The luxury sports vehicle tore through the front of the restaurant located at 8948 Santa Monica Boulevard, on the corner of Santa Monica and Robertson Boulevard. It left debris and broken glass everywhere. Firefighters and first-responders attended to the damage and police officers spoke with the driver.

ABC7 reports that the Los Angeles County Sheriff’s department said the vehicle somehow lost control and went crashing into the patio area of the restaurant. The driver was cutoff on the intersection, causing him to swerve and lose control of the vehicle. It is unclear how fast he was going. 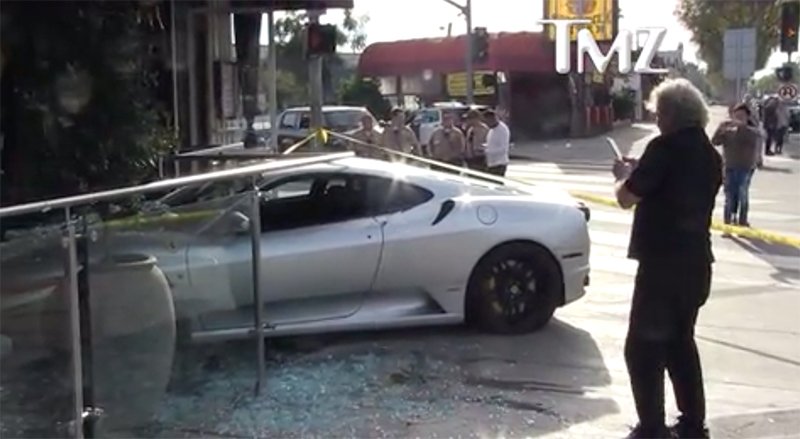 Lisa Vanderpump was not at the restaurant during the moment of impact. Her husband Ken Todd was at the scene. He was calm while he spoke to TMZ and assessed the damage. Todd told TMZ that one customer suffered minor cuts on her arm and was taken to the hospital to tend to them. He said the driver was not intoxicated. “Accidents happen,” he said. “He couldn’t help it. It was an accident. Nobody was killed… it’s just life…”

Vanderpump appeared to have a sense a humor about the incident, Tweeting, “No. We are not a Drive-Thru. Thank God no one was hurt…” 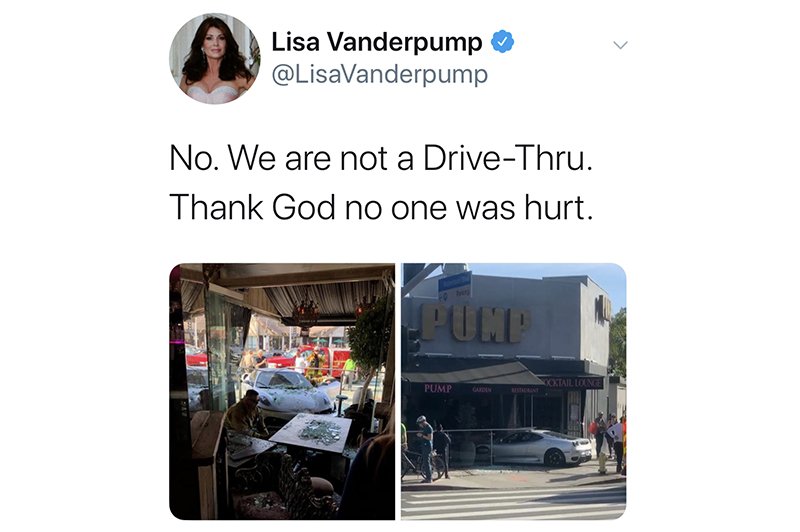 Pump continued to be open for businesses for the remainder of the day, while they cleaned up the damage. They closed off the front of the restaurant and opened the garden on west side of the restaurant.

Vanderpump is a British restaurateur and reality TV personality and former actress who has appeared on Bravo’s “The Real Housewives of Beverly Hills” and her own show, “Vanderpump Rules” and ABC’s “Dancing with the Stars.” She and her husband own dozens of restaurants in Los Angeles and London.