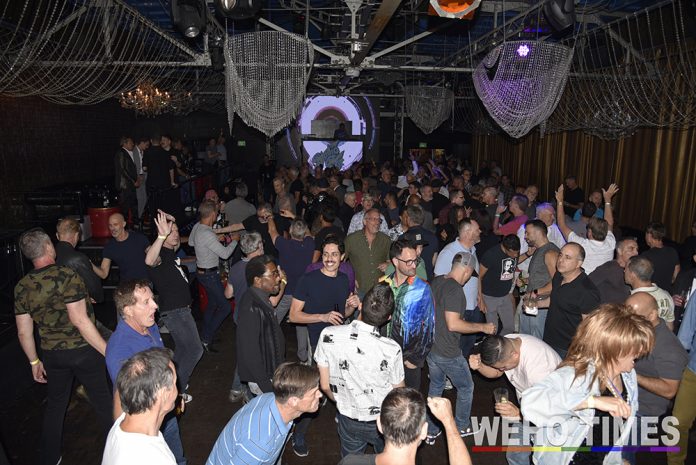 Faring Capital, the West Hollywood-based real estate and development company, hosted a  show and a dance party at The Factory building, to celebrate and say goodbye to the old historical Studio One gay disco, this past Saturday, November 9, in the heart of WeHo’s Boystown.

The “Back to the Backlot: A Studio One Celebration and Farewell” began at the Penthouse Nightclub, which used to house the old Backlot Theatre at Studio One. Then attendees moved to what is currently The Robertson nightclub, for a nostalgic dance party at what used to be the actual Studio One gay disco. 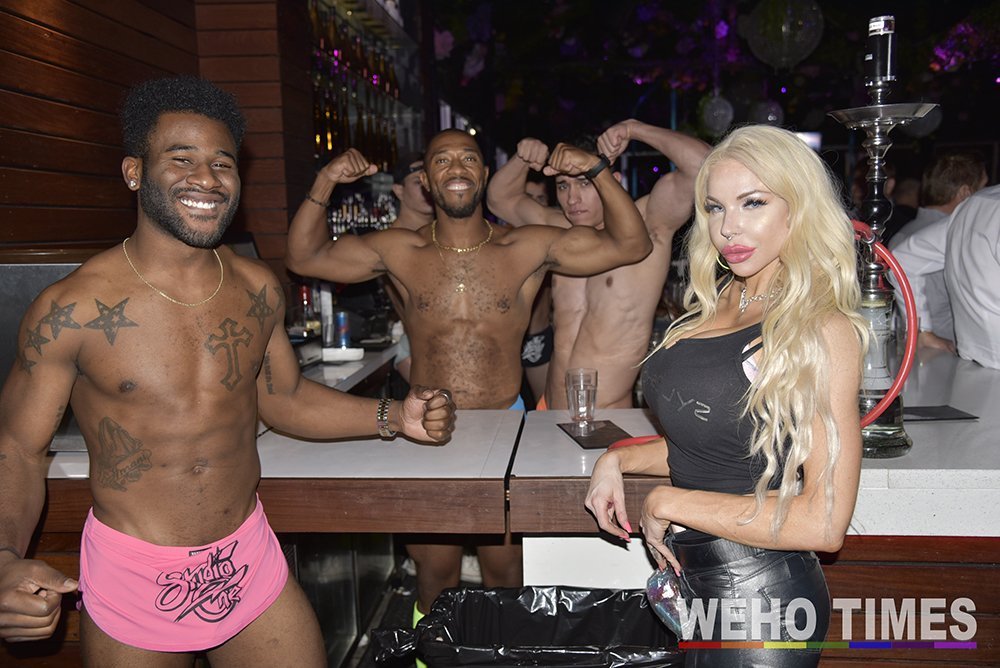 The Backlot show was produced by Lloyd Coleman, Gary Steinberg and Chris Isaacson (Coleman and Steinberg both date back to productions at Studio One in the 1980s). It was hosted by six-time Emmy Award-winner Bruce Vilanch and feature appearances by some of the Backlot’s most memorable entertainers, including Madame (the puppet made famous by the late Wayland Flowers), and led by Musical Director Mitchell Kaplan, with the Backlot Band featuring, Maurice Gainen, Kirsh Kirsch, and Richard Martinez. It was all filmed to be part of a Studio One documentary being directed by Marc Saltarelli. 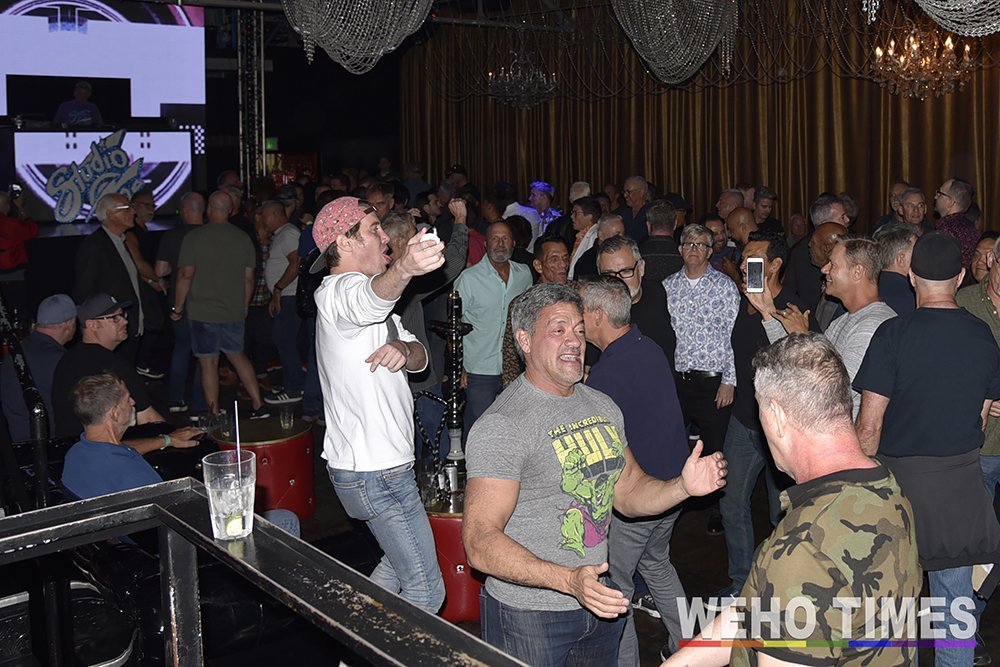 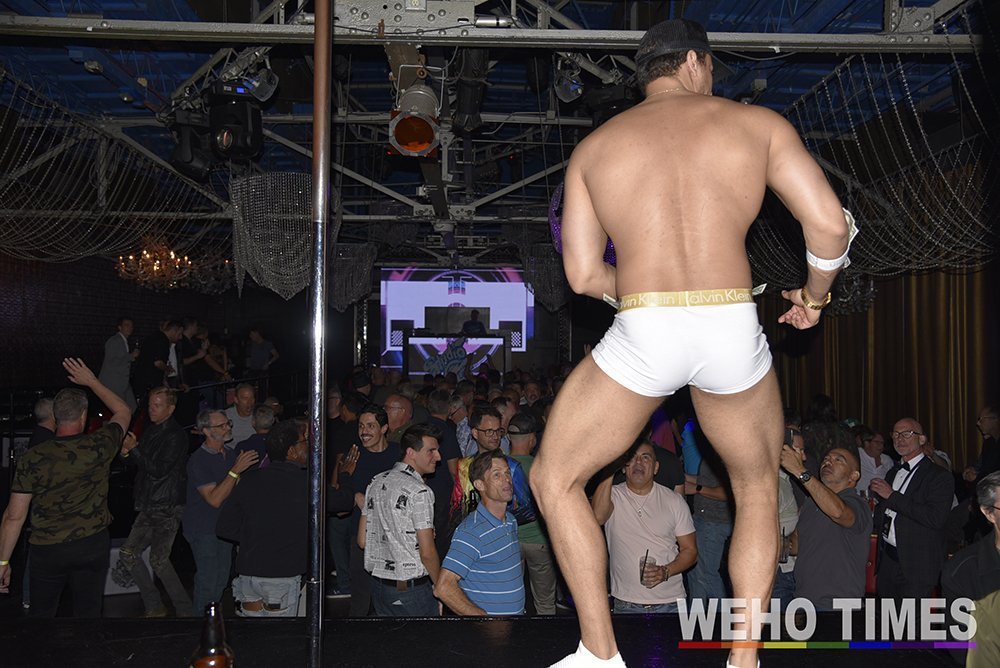 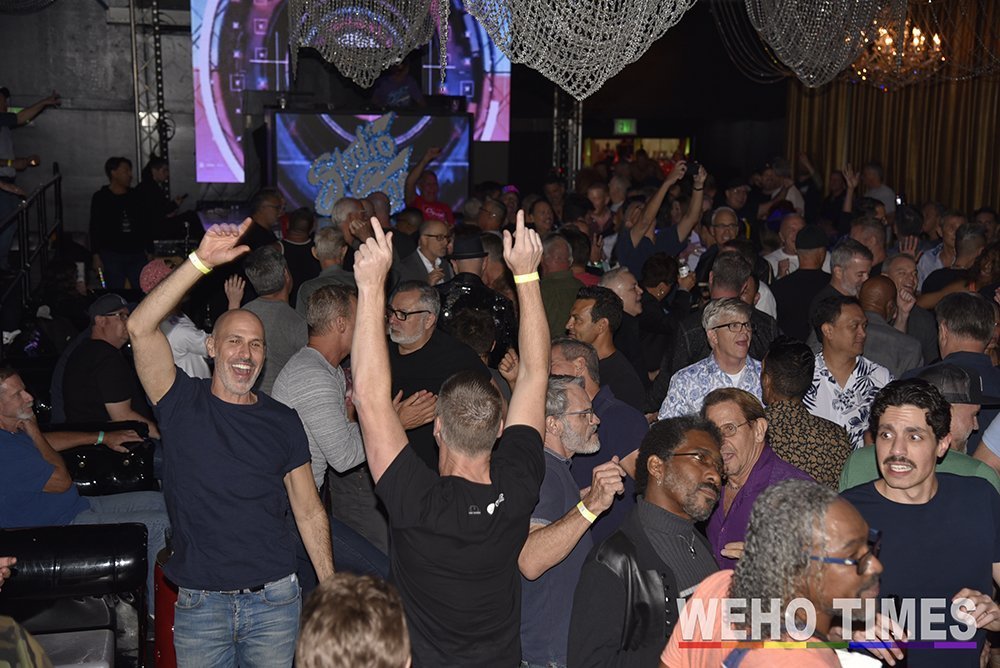 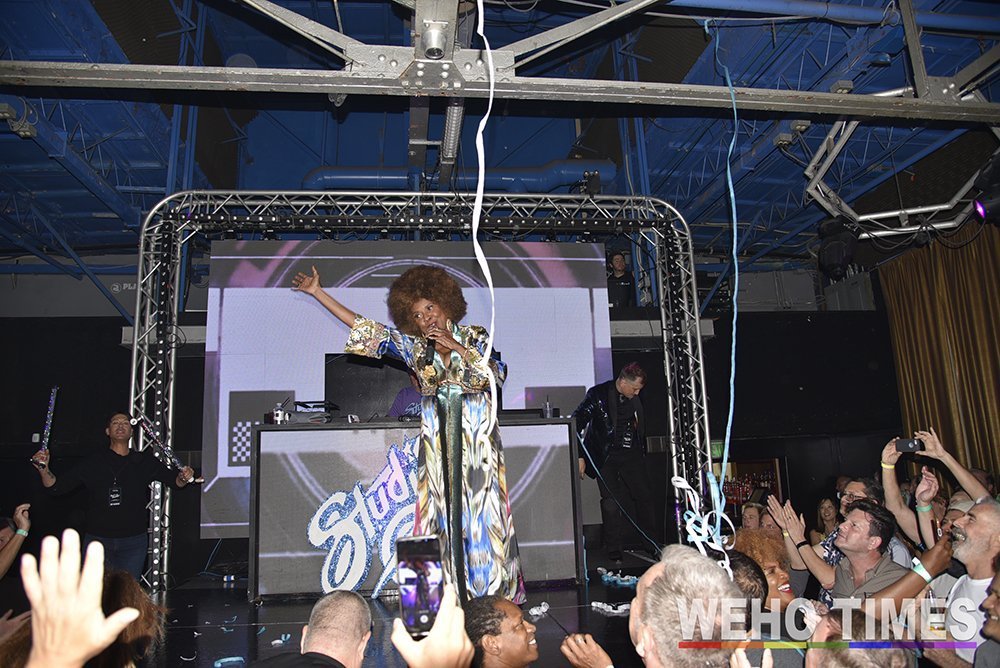 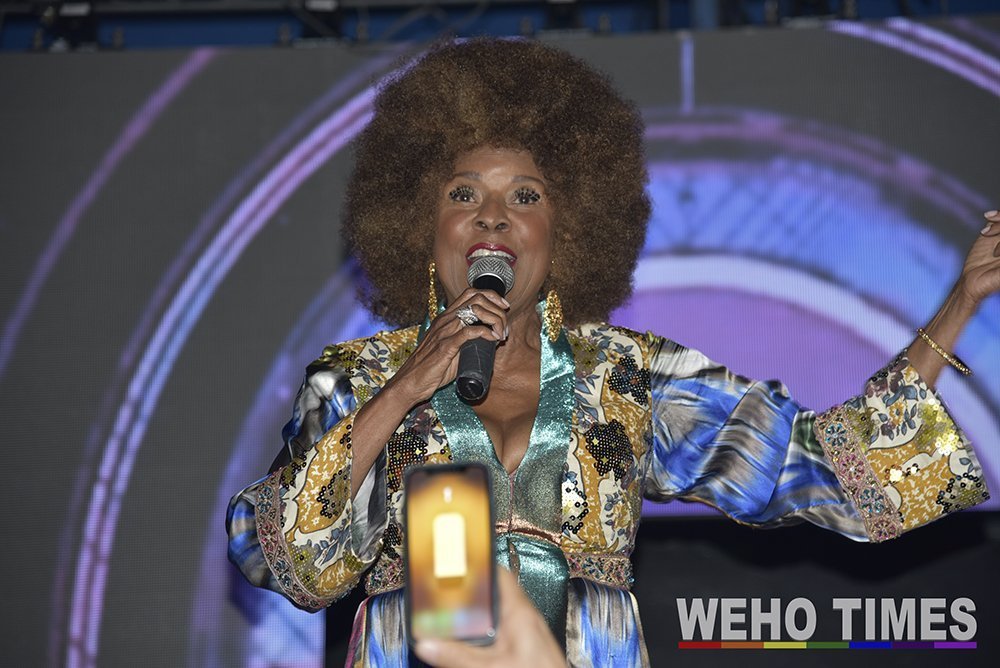 Guests reminisced, shared stories, and reconnected with old regulars and former employees from Studio One. West Hollywood council members John Duran and John Heilman were seen on the floor dancing with a roomful of familiar faces from the past. The DJ mainly played 70s music throughout the night. There was also a special performance by disco legend Thelma Houston, who belted her hit “Don’t Leave Me This Way.”

“I have great memories, but generally if you say you were at Studio One, and you remember it, you really weren’t there,” Bruce Vilanch told WEHO TIMES. “That’s because there were too many chemical additives. It was probably better that way.” 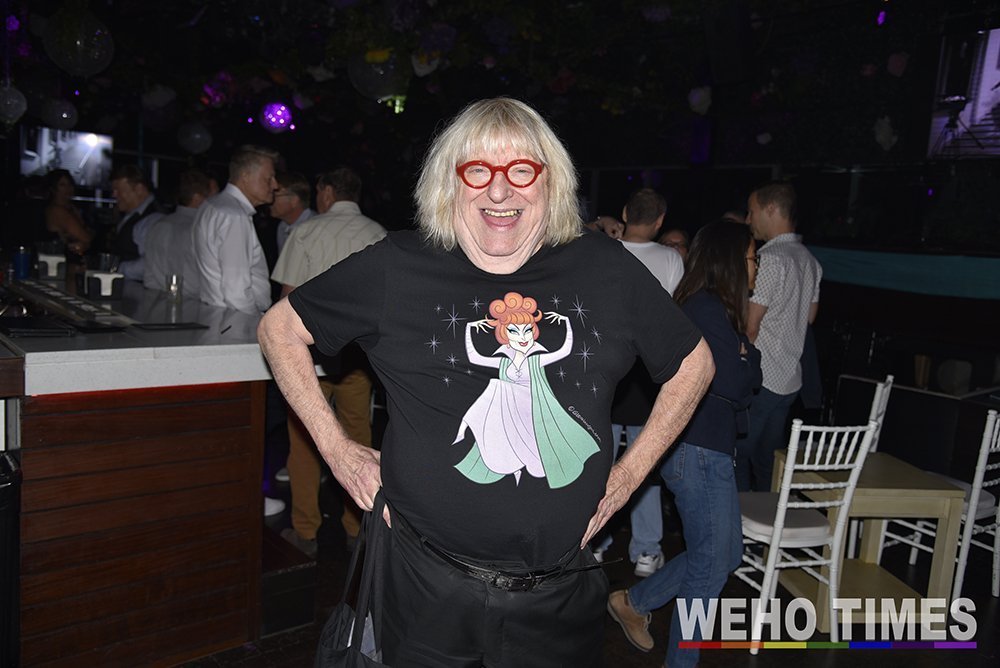 “It was wonderful to see people who are still around, get up and sing,” He said of The Backlot party. “It was also wonderful to pay attention to all the people who are gone. This was a real gathering place back in the day and it’s good to note that. It’s been ages since I was here. I couldn’t even begin to tell you. It would have to be about 15 years ago. Everything looks so different.”

Vilanch added that it’s hard to miss something that’s been closed for so long.

“That whole era is gone,” he said. “You no longer have to come here to meet people. You can just go on an app. They eliminated climbing those stairs, which was always good for me [laughs]. Let’s see what it becomes.” 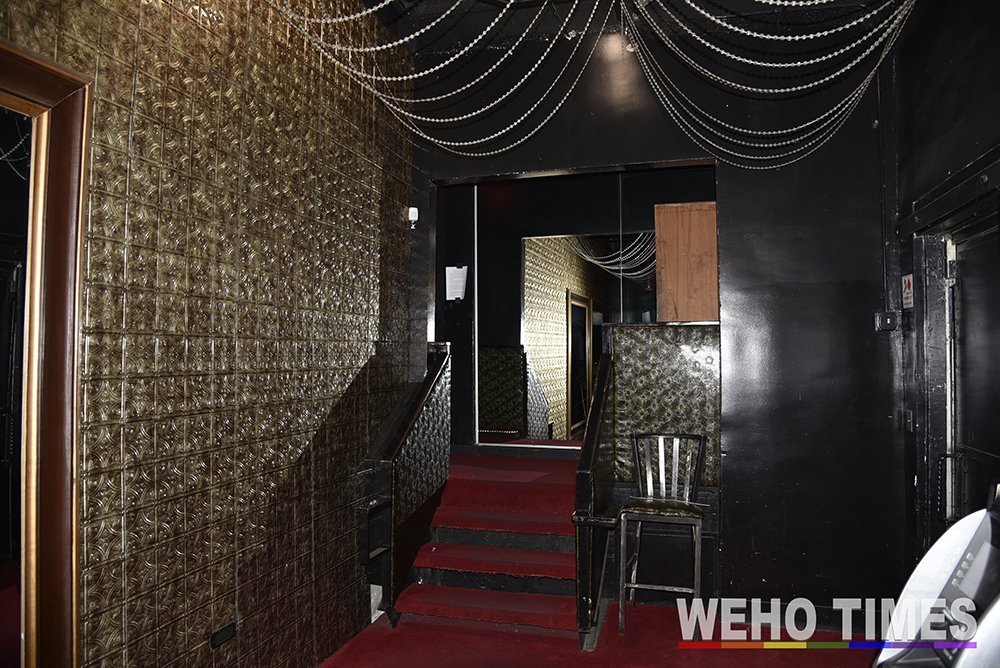 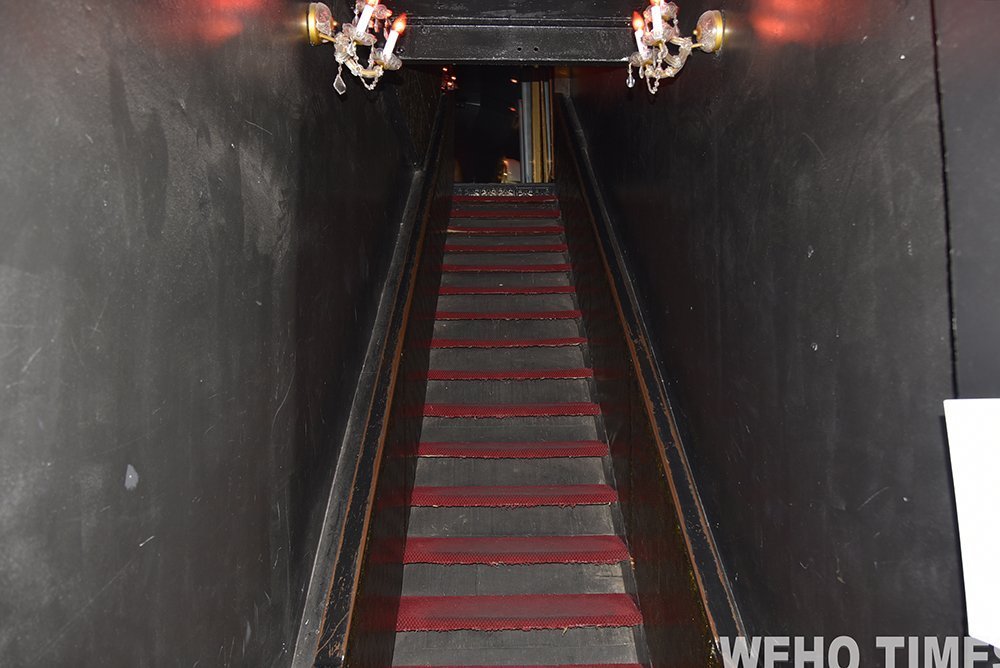 The Factory building was originally used as a Norden bombsight facility during World War 2. In 1968 the building was bought and transformed into The Factory nightclub, named after the furniture manufacturing business in the lower floor of the building. The Factory became a popular 1960s-style disco that was frequented by Hollywood celebrities, but it only lasted a few years. Studio One was founded on the same site in the early-to-mid 1970s by part-owner Scott Forbes. In the 1990s, it was bought by Sandy Sachs and renamed to Axis. It went back to its original name, The Factory, in the early 2000s, and is now known as “The Robertson.” Throughout its history, the club has been associated with the gay rights movement. In the early 1980s, Studio One hosted one of the nation’s first major fundraisers for AIDS research. 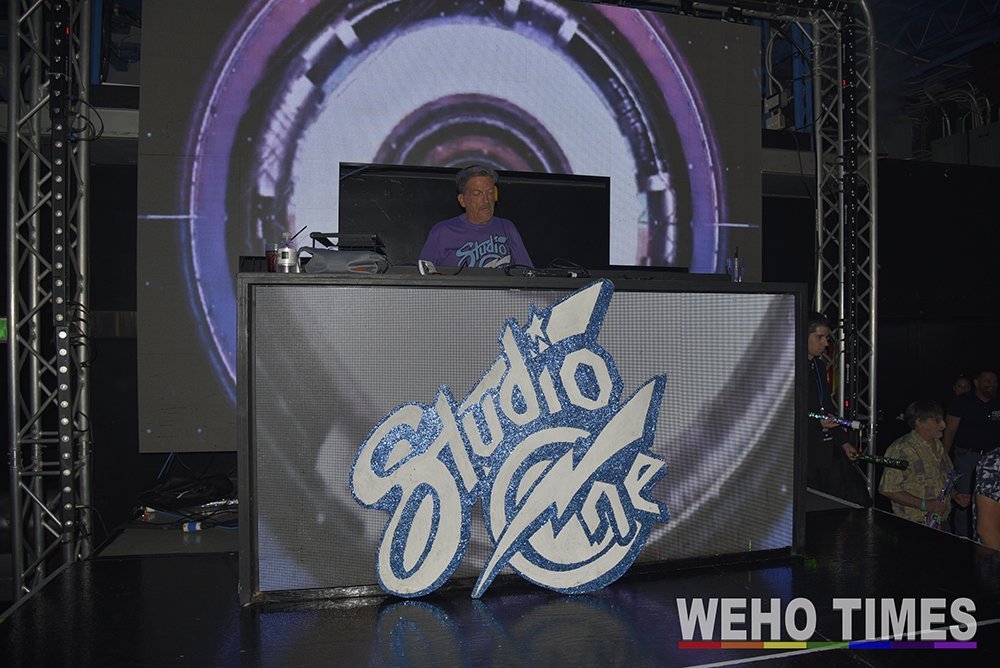 Faring plans to demolish more than 60 percent of the historic building and replace it with a 114-foot, 241-room hotel and retail complex with 750 underground parking spaces. The Factory will also be dismantled, moved, reassembled, and the remains of the building will be repositioned to stand parallel to Robertson Boulevard. The future of the building will be similar to the great Carthay Circle Theater that was once located on the southwest corner of San Vicente and Crescent Heights. It opened in 1926 and was demolished in 1969. A smaller replica was constructed at Disney’s California Adventure. It’s nice to look for its nostalgic value, but it is nowhere near the real deal.

This writer is grateful to have been a regular at Studio One during the tail end of its heyday, which lasted into the early-to-mid 90s. I came of age at this gay hot spot where I danced to 90s music and kissed several boys in the dimly lit and intimate backlot. I also remember the front stairs leading to the front bar of the disco very fondly.

The notoriously gay disco may be gone for good, but it will not be forgotten.

Hi Paulo – great piece here. I just wanted to let you know that WeHo City Council and Planning Commissions did approve the most recent and changes to THE ROBERTSON LANE PROJECT, and that change; is they are restoring 11 of the 12 building modules…now saving much more than the 60% as originally planned….more like 90% + The skyline of Weho will still keep the “factory” in it’s sightline, and who knows..it is quite possible a new club will emerge from within its walls in the future. Thanks for helping us celebrate the venue and its importance to so many… Read more »

Wonderful story and pictures here, Paulo Murillo. It was so great to be there, see it all and remember those days when I was the Backlot bartender, and then to be up on stage with Madame and sing “YES” then sing “I Remember It Very Well” with Liz Torres. Ah yes!
Gary Mortimer

Seeing John Duran makes me pray that he would resign right now! Get out of our lives.

Somehow it just isn’t the same. Seeing some of the WH city council members responsible for the soon to be demolished iconic building is like rubbing salt in the wounds to actual people who were part of that era. Duran and Heilman came way late into the game in West Hollywood and by the way John Duran who shielded his friend Ed Buck for so long has a lot of nerve attending this event. He should be run out of town. I have always felt the day West Hollywood became a city it wouldn’t be long before crooked lawyers weaseled… Read more »

Hello Paulo! Thank you for this wonderful write-up and photos! I was there on Saturday night and worked voluntarily as did many, many people. Many attendees may have seen me working the entrance from 5:30 – 8:00 PM — so I was there to see the excitement of those who came to enjoy and remember. The admission was free — thus I was shocked to hear some complaints by other attendees. Again — the admission was free and countless others like myself worked voluntarily to make the evening a success for those waiting in line. Let’s be thankful that Lloyd… Read more »

So true, Gregory Firlotte…and was great seeing you there working the entrance. And some people have said the building will be destroyed or “demolished”….not! It will be dismantled and they will save something like 80% of it.

ABOUT US
WeHo Times West Hollywood Daily News, Nightlife and Events. The WeHo Times is an online news source covering the life and times of the City of West Hollywood. Featuring unbiased professional reporting and photo journalism, WEHO TIMES is updated daily, delivering the latest city news. The online publication founded in 2017, also features cultural events, people, politics, places, nightlife, and the history that make the City of West Hollywood the unique, creative city we all know and love.
Contact us: editor@wehotimes.com
FOLLOW US
© 2021 Murillo Media, LLC
wpDiscuz
6
0
Would love your thoughts, please comment.x
()
x
| Reply