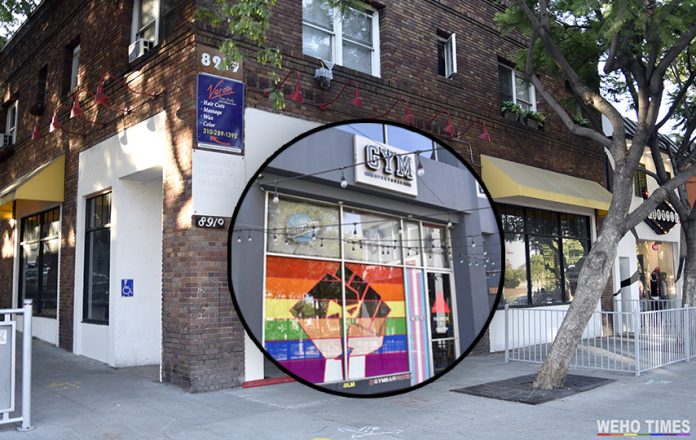 Rumors have been circulating for months that the shuttered GYM Sportsbar is resurfacing in the City of West Hollywood at a new location in the heart of WeHo’s Boystown / LGBT Rainbow district. According to the WeHo rumor mill, the gay sports bar is making a comeback and reopening at the old Halal Guys space located at 8919 Santa Monica Boulevard.

It turns out there is truth to the rumors and it appears GYM Sportsbar is coming back from a COVID-19 death. According to a recent report by the California Department of Alcoholic Beverage Control, liquor license number 621633, is for one Gym Sportsbar and Grill West Hollywood, at 8919 Santa Monica Boulevard. It seems the once watering hole will resurface as a restaurant and bar just two doors away from what used to be the Rage Nightclub. 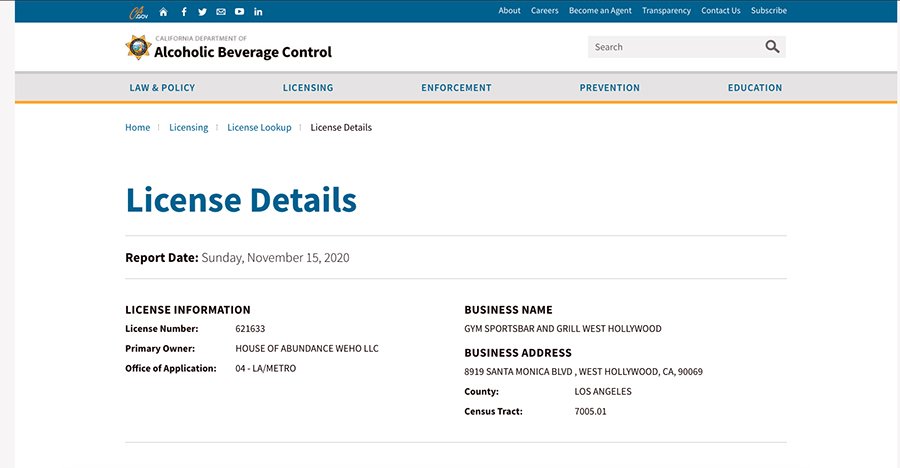 The license information for Gym Sportsbar and Grill West Hollywood is as follows:

Gym Sportsbar WeHo closed permanently at its former location after being in West Hollywood for over 10 years. The gay sports bar celebrated its grand opening in October 2, 2009. It became a staple in the LGBTQ+ community and was known as the seasonal watering hole for local gay sports groups like gay Dodge Ball and the Varsity Gay League. The bar was also well known for their 2 for 1 happy hour.

Gym Sportsbar owners, Rich Schmutzler and Hunter Haliniak, whose names appear on the new liquor license, stated back in July that not being able to open during the COVID-19 pandemic took its toll. The uncertainty of not knowing when the bar would be able to open again was a factor to their closure. Schmutzler added that another factor that shut them down was an inflexible landlord who was not willing to work with the owners to help keep them open for business.

“We will always be a friend of West Hollywood,” they said in a joint statement during the bar’s closure. “We don’t know what the future holds. I wish we could be certain. We just know that we have to close here.”

If all goes according to the details in the liquor license, Gym Sportsbar and Grill West Hollywood will be moving into the previous home to the Halal Guys Middle Eastern Cuisine, and to what to was once home to Champagne French Bakery Cafe at the corner of Santa Monica Boulevard and Hilldale Avenue. The property is owned by Monte Overstreet. Overstreet owns the real estate at the spaces that once housed the Gold Coast Bar, the Rage Nightclub and the Hallal Guys, which are all out of business due to rent negotiations gone south.

Details on an opening date are pending.

Good for them! From a location perspective it’s actually an upgrade!

Sweet! I hope they have a dance floor to enjoy ourselves and Latin Night with hot dick dancers.

Dance floor in that tiny space? Seriously doubt it

YAY!! Makes me SO happy!!! Thinkin about camping-out in front until they open.