Is WeHo City Looking to Purchase the Holloway Motel and Alta Cienega Motel? 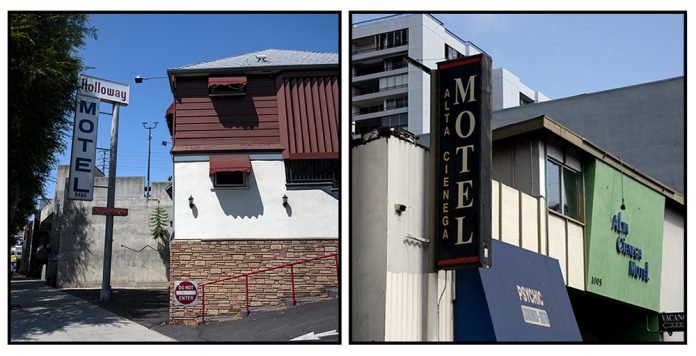 It appears the City of West Hollywood is negotiating to purchase two well known vintage motels located walking distance from each other by the Santa Monica Boulevard and La Cienega Boulevard intersection. Two City Council closed session agendas suggest the Holloway Motel and Alta Cienega Motel have been the subjects of ongoing negotiations between the City Manager and the property owners. Both Motels are currently closed and have been vacant throughout the pandemic.

According to the closed session agenda packet for Monday, June 7, 2021, LA County Assessor ID Number 4339-002-002, pertaining to the Holloway Motel at 8465 Santa Monica Boulevard, is under negotiations with the City Manager or a designee. The price terms of payment are being discussed for purchase.

Assessor ID number 4339-003-009 for the Alta Cienega Motel property at 1005 N. La Cienega Boulevard, is under negotiations for lease or possible purchase.

Also on the agenda is the the ongoing negations for Assessor ID numbers 4336-010-270 and 4336-010-271, for the Log Cabin property and its neighboring parking lot at 617-621 N. Robertson Boulevard. Price and terms of payment are under negotiations for lease to purchase.

Negotiations of the Holloway Motel appeared again on the most recent City Council City of West Hollywood closed session agenda for August 16, 2021. The agenda was revised on August 13th, and the discussion of the Holloway Hotel was pulled. It was replaced with a discussion on the Log Cabin property. 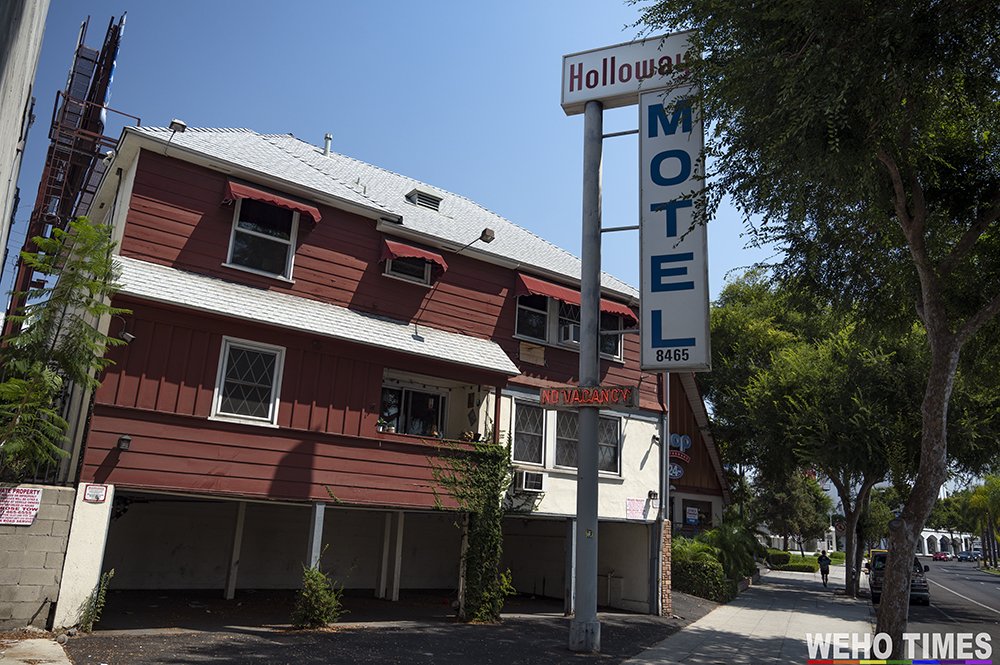 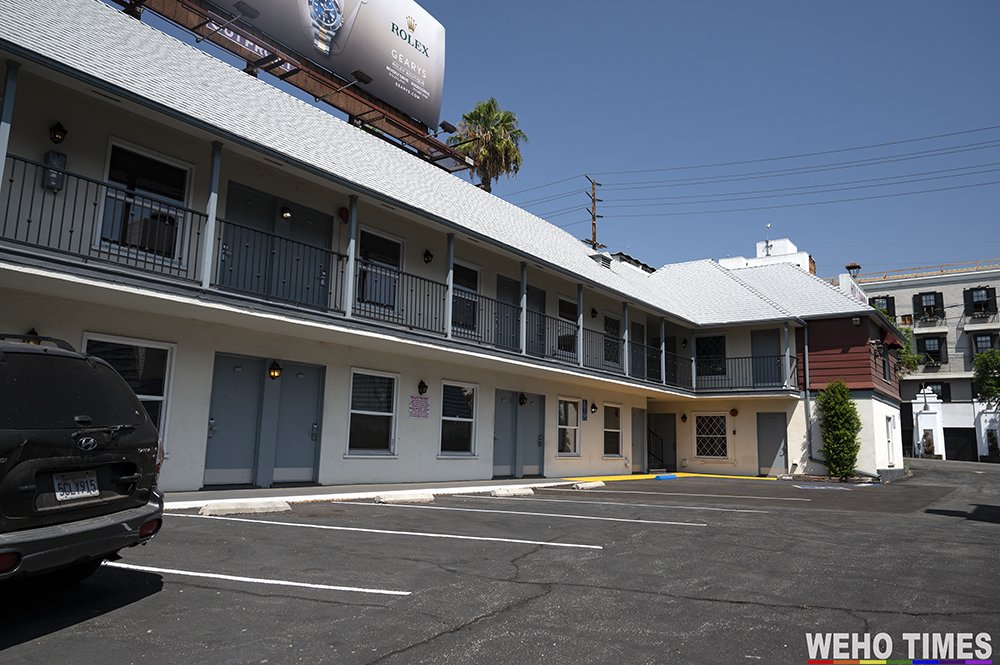 The Holloway Hotel has elements of Colonial Revival design and retains its integrity from the days of Route 66. It could still provide a source of affordable lodging to travelers visiting West Hollywood, or it can be used as a space for low income housing. West Hollywood Preservation Alliance reports that it is the only remaining motel along West Hollywood’s stretch of Route 66. The 6,336 square foot property dates back to 1954.

WEHO TIMES reported that The Alta Cienega Motel was closed and up for lease. Real estate site LoopNet.com described the motel known for its Jim Morrison Room, as a rare hospitality opportunity in the heart of West Hollywood. The 5,591 square foot property was listed on the website on May 3, 2021. 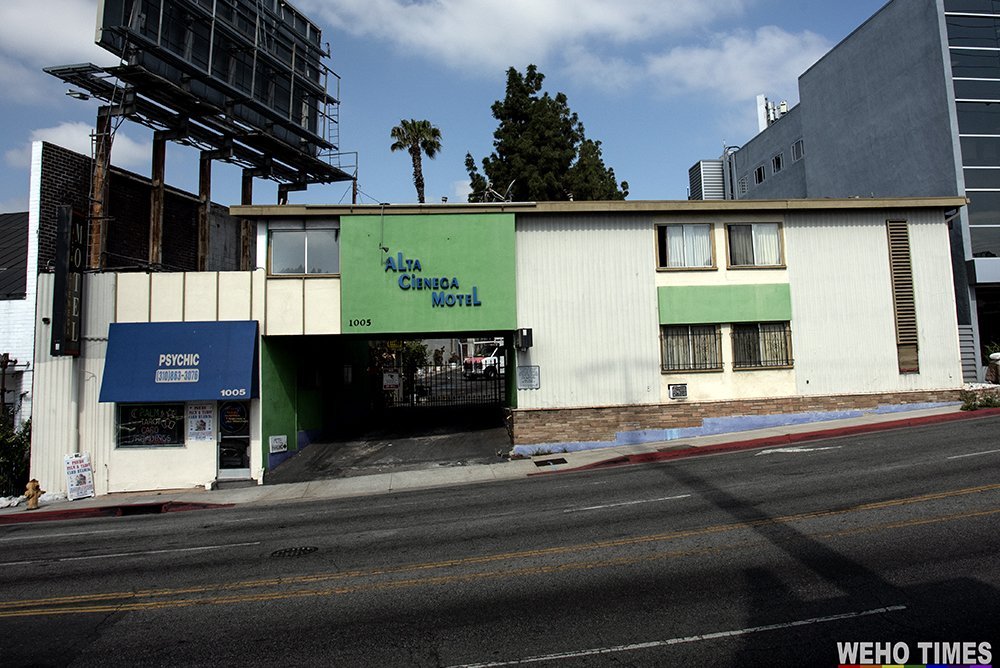 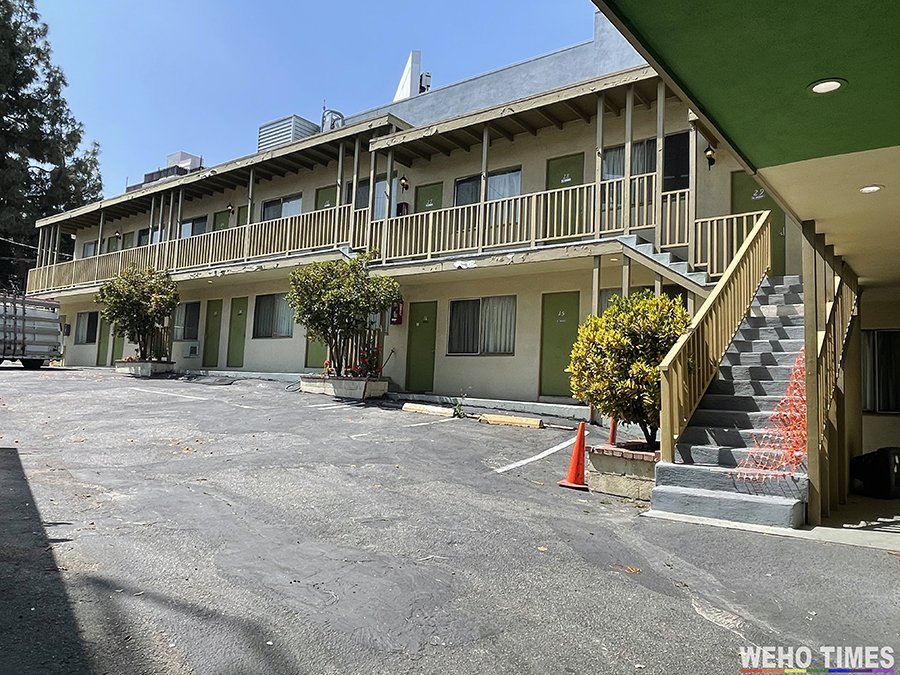 Council member John D’Amico can’t say much about a West Hollywood City Council closed session, but he did tell WEHO TIMES that the city would like to use both hotels to some capacity and that the conversation is ongoing.

“If the city acquired this property it would require underwriting from the county and that would offset the daily rate,” he said. “This is a model that has worked in Hollywood and South LA, and of course, other places across the county and country.”

bizzbuysell.com has the listing at a leasing price of $75,000. The business is described as an “unrivaled opportunity to Lease in the best submarket of Los Angeles. Independent motel opportunity in high barrier to entry West Hollywood, CA – best submarket in the Los Angeles county. Conveniently located near several bars and restaurants on The Sunset Strip and Santa Monica Boulevard. Legendary rock singer Jim Morrison lived at Alta Cienega Motel in Room 32 from 1968 to 1970.”

Why is the city using our tax dollar to purchase more real estate?
Crazy.

Weho has 35K residents. The city has NO business buying millions more dollars in real estate without voter approval. The city already owns too much.

The Gay & Lesbian Center was in a former motel at Highland and Lexington when I moved here in the 80’s…..1980’s not 1880’s Also, I always heard Bette Midler owns the land where IHOP is. Don’t know if it’s true or perhaps she sold it along the way.