Is a Spirit Halloween Pop-Up REALLY Coming to the Former Rage Nightclub? 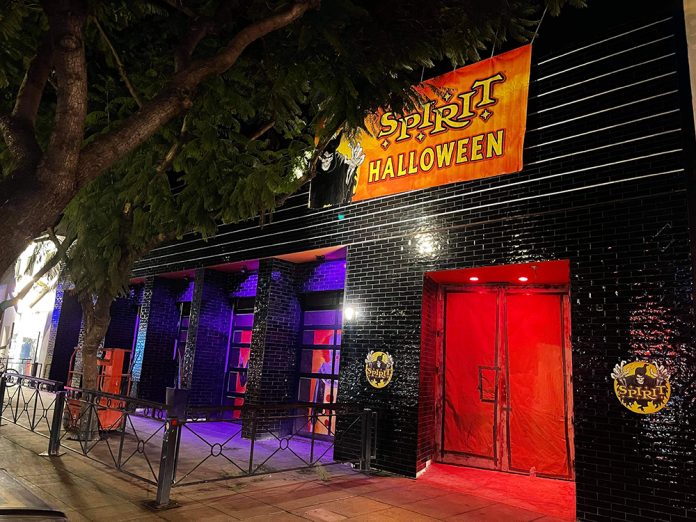 Last month marked a year since the news broke that the The Rage Nightclub, located at 8911 Santa Monica Blvd, had permanently closed after operating in the heart of West Hollywood’s Boystown (now known as the LGBT Rainbow District) for 37 years. It was shocking to learn of the loss of such a historical gay institution.

It was equally shocking (in a good way) when we learned about 7 months later that NSYNC singer Lance Bass had teamed up with his partners at Rocco’s WeHo across the street to save the space and turn it into a some sort mega gay dance club.

Since that announcement, we’ve all walked past the building and seen the changes going into The Rage Nightclub building, which has maintained a veil of mystery as it transforms into a new chapter in LGBT history.

And now a year into its closure, some of the local gays were shocked to see a Spirit Halloween banner go up on the newly black tiled building where the Rage sign once stood along with other Halloween decorations in… well, in the Spirit of Halloween this month.

Stranger things have happened on the corner of Santa Monica Boulevard and San Vicente Boulevard, let’s be honest. 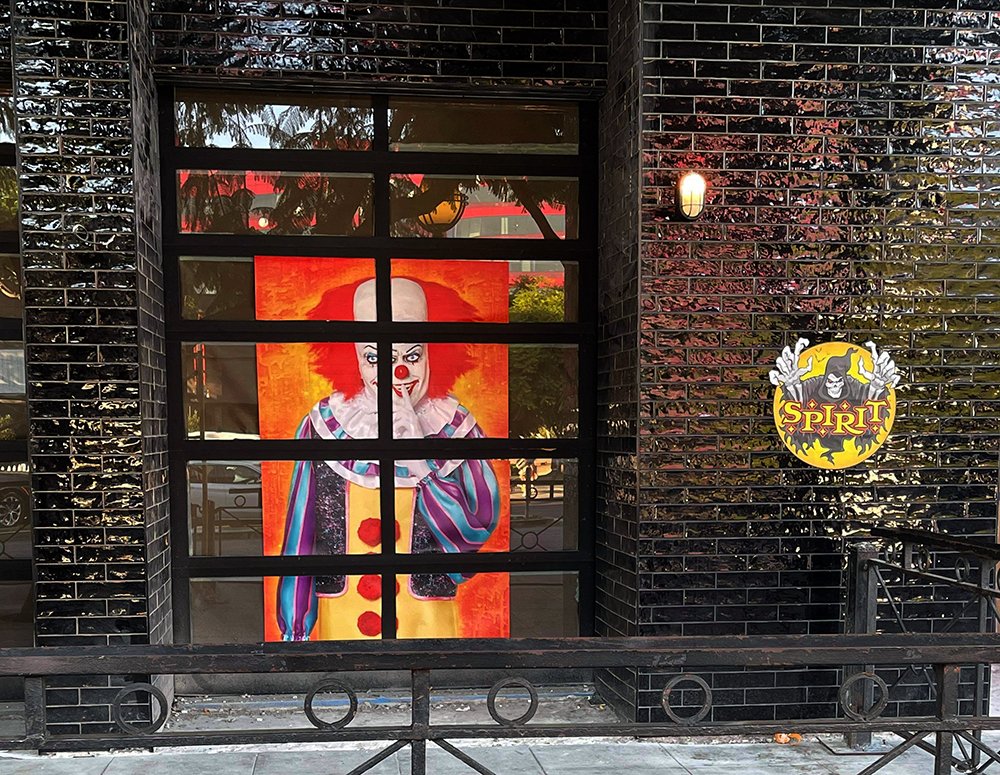 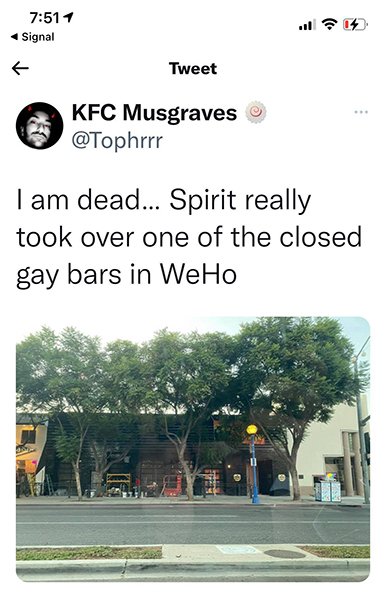 “So this is Mr Bass new space?” Posted Abie Andujar on his Facebook timeline. “Poor Rage.” 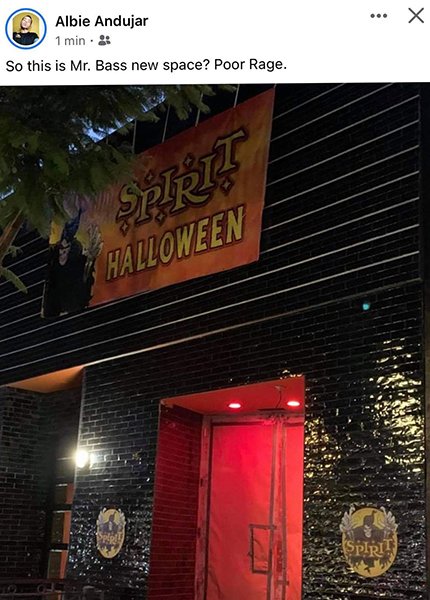 And speaking of Lance Bass… back in August, he announced that he teamed up with Spirit Halloween to become 2021’s King of Halloween, which sort of connects the dots.

“Contest time!!!” Reads a post on Lance’s social media platforms back in August 12, 2021″ “$10,000 cash prize!! It is never too early to get excited about my favorite Holiday – HALLOWEEN! This year, I get to team up with the one and only Spirit Halloween for all things spooky AND they even gave me the prestigious title of 2021’s KING of Halloween. I’ll take it.💁. So, what does the King of Halloween really need? A SIDEKICK! That’s right – Spirit Halloween and I are looking for a Chief Spirit Officer to host a social media series on Spirit Halloween’s social channels for the season. Scary good perks for the CSO include a $10,000 CASH prize, free Spirit Halloween costumes for a decade, a Spirit Halloween home decor upgrade and much more! Enter with a video or photo through Instagram, Facebook, TikTok, or Twitter and show us why we should pick you! We want to see your passion behind Halloween and don’t forget to include #SpiritHalloweenCSOContest and tag @spirithalloween… I’ll be watching 🤡”

The deadline was August 29th, so the Chief Spirit Officer has most likely been chosen.

So the question remains: Is the former iconic and LGBT historical space at the former Rage Nightclub REALLY turning into a Spirit Halloween pop-up. We don’t know yet, but it would be cool if it was, just so we can get a peek inside. We’ll keep you posted.

These stores normally open in late august or early September at the latest so I doubt it.