Irv’s Burgers is Back in West Hollywood – Opening Soon

Irv’s Burgers is BACK in the City of West Hollywood! The historic burger stand hosted a special VIP event at 7998 Santa Monica Boulevard for National Burger Day this afternoon. A staff member was instructed to say that Irv’s is opening in roughly two weeks. The VIP event was hosted in the back of the restaurant.

Los Angeles Eater reported last year that a new a benefactor stepped in to restore Sonia Hong to her rightful place in Los Angeles burger lore. The pop-up last year was put on by Lawrence Longo and his company Off the Menu — which just happens to be the group that is now backing Hong’s move into a new, permanent Irv’s Burgers stand in West Hollywood. 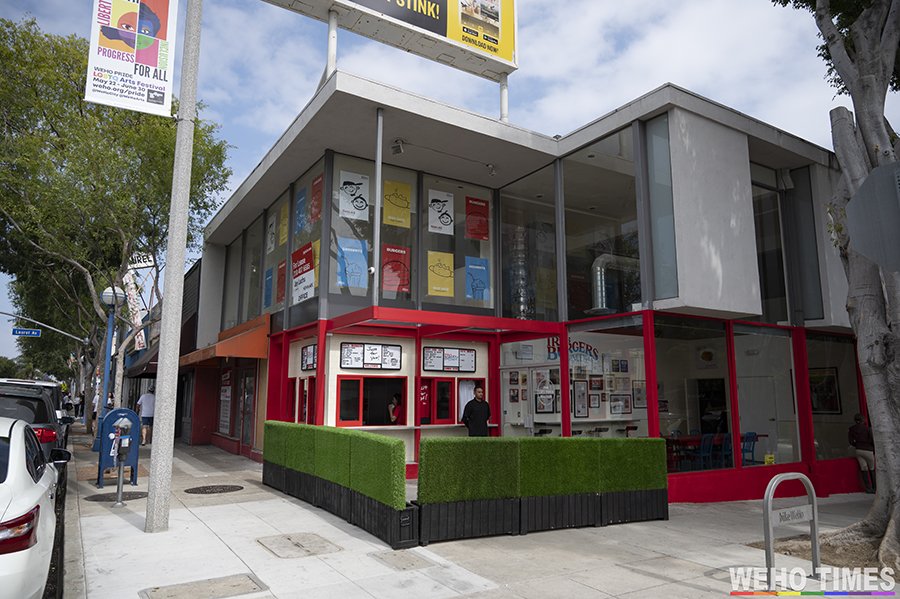 There have been signs these past months that the location was opening. Most notably was the artwork on the store front resembling the doodles that owner Hong used to draw on paper plates to personalize every meal with the message “Just for you.”

The new Irv’s Burgers is sending a nod to the original location with a burger stand that resembles the stand on Santa Monica and Sweetzer Avenue. It appears to be keeping its menu simple, offering burgers, hotdogs and sandwiches with a side of fries, milkshakes, and/or cookies (not seeing any vegetarian options on the posted menu).

Artist Tom Rock Shepard also brought the original sign back to life. He posted a photo on his Instagram page stating, “JUST FOR YOU. IRV’s!! Sonia!!! Yes!!! Complete honor to paint the new updated @irvsburgers logo…..Just for you.”

Classic place, the family is soooo nice. And they personalize your to-go bag. Very nice story!

A nice story with a happy ending. Just for you.