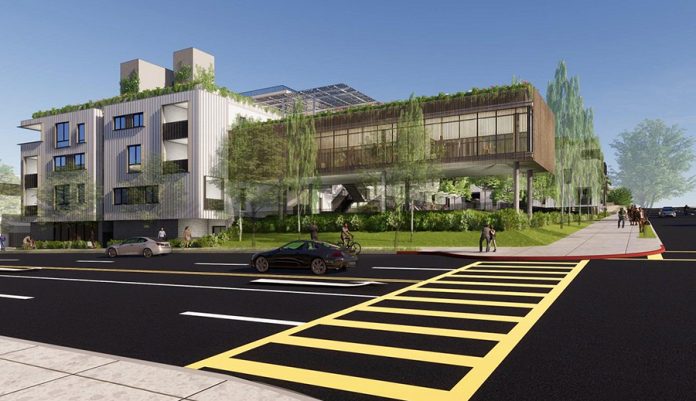 The proposed development, scheduled for review at the June 9 meeting of the West Hollywood Planning Commission’s Design Review Subcommittee, would replace three low-rise structures from the 1950s and 1960s with a new five-story edifice featuring 90 one and two-bedroom apartments above semi-subterranean parking for 125 vehicles.

The new project would rise one block south of the intersection of Crescent Heights and Sunset Boulevard, where Los Angeles-based Townscape Partners has secured approvals for a controversial Frank Gehry-designed housing complex.

The Iranian American Jewish Federation (IAJF) of Los Angeles was founded in 1981,  shortly after the 1979 Revolution in Iran, to secure a new life for Iranian refugees fleeing from war and persecution. For the past 41 years, the IAJF has been the centralized address of the Iranian-Jewish community and much of the Iranian community at large in the United States. When many members of the community sought refuge in this country, the IAJF partnered with community and political leaders to further the interests of our new country and adopted home, the United States of America, while protecting the rights of our community and other religious minorities that have been, and remain, under a constant threat of persecution.

“We have since played a pivotal role in maintaining and uniting the eclectic members of SoCal’s constantly growing Iranian American Jewish community and have evolved into a prominent voice of our community within state and federal governments,” reads their About page. “We progressively engage and collaborate in policy making and policy changes that have and continue to incite hope, unity, and security to Iranian Jews here and abroad. We are committed to lighting the flame of the future with the fire of our ancestors; embracing our Jewish values, celebrating our Persian Culture, and improving our community’s quality of life with dignity, independence, success and growth”