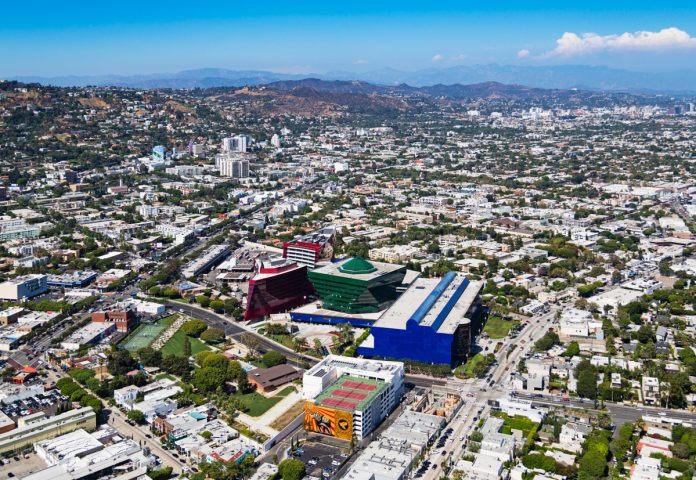 There’s never a lack of news about West Hollywood’s longstanding housing shortage or the harrowing heights which prices for dwellings can reach in The Creative City. Likewise, there seems to be a limitless stream of stories about gyms in WeHo whose memberships cost the same as a mortgage payment. Neither is there a dearth of news about elite doggie-daycares nor blurbs about celebrity sightings at local hotspots like Catch, SUR or even at “Big Gay” Starbucks on Santa Monica Boulevard.

However, West Hollywood stories with arguably less glitz but greater global relevance too often go untold. An international model for desirable outcomes in economic and community development, West Hollywood has become a hotspot to watch for global economists and community-development experts. To some thought leaders in a range of fields, this city is a test bed from which spring important new urban-living ideas.

Some locally hatched innovations work well here, but might not fly elsewhere. But many WeHo-pioneered civic, economic and social innovations have the potential to change urban environments and lives around the world for the better.

From combining cleantech building efforts with preservation of historic resources, to putting people living with HIV/AIDS in charge of helping their neighbors who have other serious medical challenges, this series will explore the stories of local people who brought West Hollywood ideas to life and expanded them abroad.

Of course, WeHo is a place where daily revolutions in digital and media arts abound. But West Hollywood is also a unique all-American hometown with an enviable richness of diversity and the good fortune of being embedded in the heart of a world capital, Los Angeles.

The geographical crossroads of Melrose Avenue, Santa Monica and Sunset Boulevards are intersections from which myriad local endeavors resonate globally, affecting the affairs of much larger economic, cultural and social hubs with surprising impact.
Just what kind of local endeavors with global impact are we talking about? WeHo is a hive of activity, ideas in areas like information technology, interior design, entertainment, urban development, progressive politics, 21st-century philanthropy, cultural affairs and other disciplines you might not expect to find here, including life sciences and venture capitalism.
New advents in the delivery of social service are also regular occurrences in our city, as are pioneering public-private partnerships whose models are frequently replicated elsewhere.
And as this month’s #ResistMarch proved again, despite its overstated reputation for vapidity, West Hollywood knows how to promulgate a political movement with global reach.

Would it be accurate to call our city of far fewer than 40,000 inhabitants a micro-Manhattan? That’s probably going too far. Yet West Hollywood is indeed a small city with outsized global impact.

In this series titled, “WeHo Global,” WeHo Times takes you on a voyage to see who, how and where some our town’s energies and efforts impact lives and businesses across the planet. But first, let’s get a 30,000-foot view of the local landscape with some facts and figures about 34.0900° N, 118.3617° W, otherwise known as West Hollywood, California.

Comparing WeHo on a Global Scale, by the Numbers

As we’ve already established, this 1.9 square-mile city with its key-shaped (or if you prefer, revolver-shaped) boundaries is an expensive place to live—so expensive in fact that multiple national and international business-news outlets regularly (and with specificity) cite WeHo in articles about out-of-this-world real estate prices.

In fact, a recent mainstream development in the reporting of real estate pricing news is the parsing of reasons for high costs with a brand-new category, you could easily argue West Hollywood invented: the “gay-gentrification premium.”

According to MarketWatch.com, at the lowest point in America’s most recent ebb in real estate prices, homebuyers still had to pay an average of 29 percent more to live in an “LGBTQ-gentrified” city like West Hollywood. Today that premium is even higher at 37 percent—or $320 per sq. ft. on top of whatever may be a property’s base price.

Yet compared to prices in similarly situated cities globally, WeHo is actually a bargain. With median housing prices here hovering at about $750,000, or just over $700 per sq. ft., The Creative City is downright “low-rent” compared to Monaco—admittedly, not quite a fair comparison. Nevertheless, get ready to pay more than $5,500 per sq. ft. to buy luxury real estate in that famous French principality.

While Hong Kong, the world’s most-expensive city in which to buy real estate overall (i.e., including all market segments—not just the high end), ranks a distant No. 2 behind Monaco, remarkably, the former city’s arguable LGBTQ hub and WeHo-equivalent enclave, the Lam Kwai Fong district, even outranks Monaco. Confirming the gay-gentrification real estate premium concept, home sales in Kwai Fong have fetched about $7500 per sq. ft. in recent months.

Officially incorporated as a city about a month before the end of 1984, West Hollywood has a quite small residential population. In 2016, according to the U.S. Census, an estimated 36,698 people called WeHo home. Compare that to Scottsdale, Ariz., which shares a similar, upscale and affluent mystique with West Hollywood as well as a diverse mix of people, professions and industries—and is also geographically situated adjacent to a major western U.S. metropolis (Phoenix)—yet boasts more than 240,000 residents.

Looking abroad, the City of Cannes, France shares many aesthetic and cultural attributes with West Hollywood. In addition to both municipalities’ affiliations with the film industry, each city is also small geographically; although the French town is about six square miles larger than WeHo.

Cannes boasts double WeHo’s populace. Even after you add in the approximately 5,000 extra daytime inhabitants city-data.com says work but don’t live in our little California “burg,” Cannes is still larger by population.

An overview of sources including the city’s official website, the West Hollywood Chamber of Commerce and city-data.com reveal some surprising and some not-so-surprising statistics about WeHo, beginning with the fact that there’s a disproportionate amount of testosterone here. Surprise or no surprise, only 44 percent of West Hollywood residents identify as women, compared to Los Angeles County, where 51 percent do so.

It should be noted that nearly all census and demographic data-collection methodologies are behind the times in terms of their failures to count non-binary genders, genderfluid or genderqueer people. Even for West Hollywood, that fact skews the numbers in favor of gender-normative biases.

That said, worldwide, WeHo is far more male than the rest of the world, where overall there’s only a slightly higher number of males than females, amounting to about a 101-100 ratio, according to the United Nations and its World Health Organization, as well as reporting from The Washington Post. By comparison, West Hollywood clocks in at a whopping 128-100 ratio of men-to-women.

WeHo’s median age is 41.3, while California’s is 36.2. The median age of people living in the U.S. is 37.9. Globally, West Hollywood skews much older than the median age, which, according to the United Nations, is approximately 29 years.

Household income here is higher than in most places around the world; but at $59,261 v. $64,500, this city’s median is actually lower than that of the state’s.

By one measure, 16 percent of businesses here fall under the “information services” category—the largest singular industry in WeHo. Professional, scientific and technical services make up 14 percent, while arts and entertainment businesses rank at 11 percent. By far, the largest grouping of employer sizes, according to city government statistics, is businesses employing one to four workers. Yet these numbers are not what this series is about. Rather, they are presented as context against the backdrop of a global map comprised of cities that in many, if not most ways contrast sharply to the uniqueness of West Hollywood.

The numbers bear out that West Hollywood, despite its affluent and celebrity-focused reputation, remains a place that is well within reach as both a residential and an occupational destination when compared to many of the world’s other recognized capitals of creativity.

This series is about how the people who live, work, play and create life in WeHo are influencing lives far beyond Southern California and even outside of the United States…whether they know it or not.

Next time, in WeHo Times, our “WeHo Global” series examines how in 2010 West Hollywood joined a couple of pioneering Canadian cities and Albuquerque, N.M. to establish and lead an animal welfare campaign starting with a ban on retail pet sales in the city. The idea was to encourage pet adoptions. Seven years later, the trend is beginning to sweep the country from cities and towns in Florida to Michigan and from Texas to New Jersey. In fact, the beginnings of a follow-on movement have even taken hold in cities as far off as Eastern Europe.

Watch for the next installment and email suggestions for “WeHo Global” stories to info@wehotimes.com