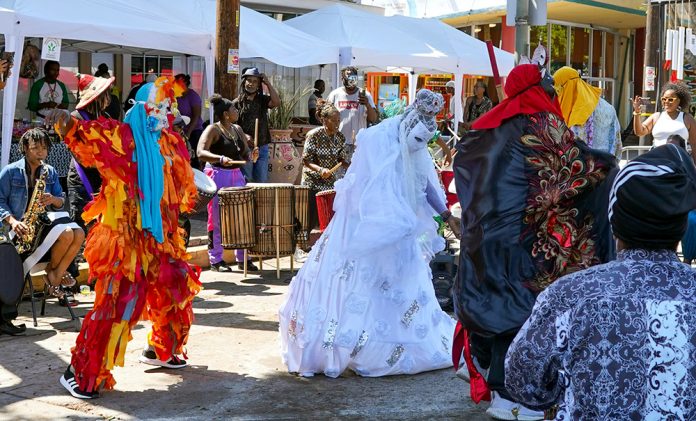 International Eye LA, a 501(c)(3) corporation healing communities through culture and the arts, is presenting Jonkanoo in the Streets of WeHo the night before Halloween, on Saturday, October 30, 2021, on Santa Monica Boulevard, between Robertson Boulevard and San Vicente Boulevard. Programing will run from 10 p.m. to 12 a.m.

First documented in Jamaica as early as the 1700’s, the art form is steeped in African traditions with strong influences from European masquerade traditions and the grand masquerade balls brought by French planters. Jonkanoo masquerade practice emerged among enslaved Africans between Christmas and New Year when Africans were given a few days of freedom from labor on Jamaican sugar plantations. 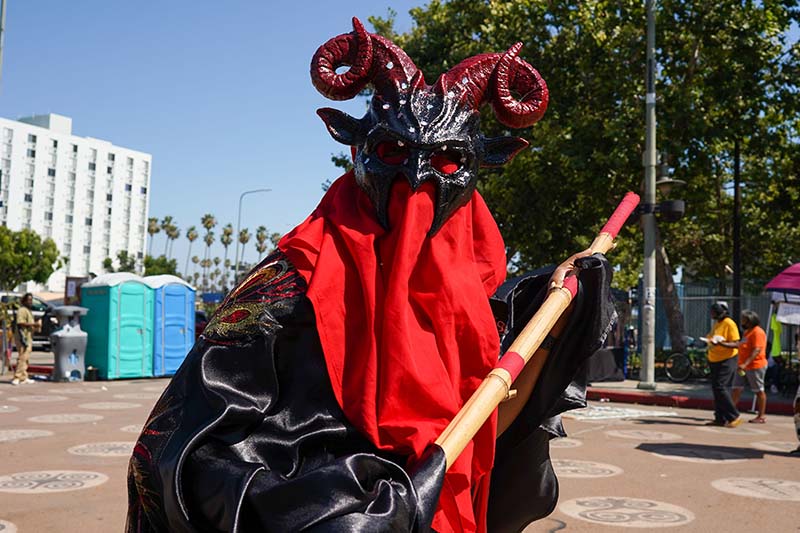 Forbidden to engage in the elaborate holiday masked balls of slave owners, they created their own entertainment to celebrate the holidays and reinforce their humanity. Traditionally played by all men, characters such as Queen, Devil, Pitchy-Patchy and Belly Woman travelled across many plantations with live music, dance and pantomime to parody European lifestyles, comment on their own condition, and generally mock the planter class.

‘Jonkanoo in the Streets of WeHo’ is part of a renaissance of Jamaican Jonkanoo practice and will feature original costumes by award-winning designer Marie Kellier accompanied by new music composed by Grammy Award winning musician, Doc Ric Wilson of the group Mandrill. 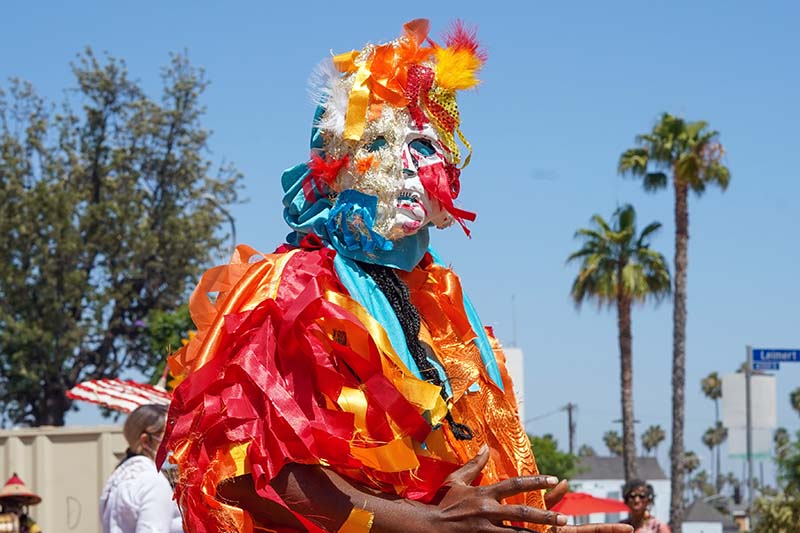 While maintaining the unmistakable sounds and unique characters that differentiate Jamaican Jonkanoo from other Jonkanoo traditions, the presentation will blend sound, movement and images to introduce the art form to the West Hollywood community. The larger, ongoing project, ‘History, Artistry and Presentation of Jamaican Jonkanoo’ is being developed by artist Marie Kellier and is supported in part by an organizational grant from the City of West Hollywood Arts Division, Alliance for California Traditional Arts (ACTA,) California Arts Council (CAC) and LA County Department of Arts and Culture.

International Eye Los Angeles serves artists, youth, immigrants and international creative practitioners whose visions and voices are not equitably represented in the communities where they live and work. International Eye LA fulfills its mission by activating public spaces, presenting mission-driven events and delivering multidisciplinary arts programs that heal and build socio-economic bridges. The organization approaches its activities with an equity-based, multicultural, international perspective.

What about the city’s tradition of celebrating Halloween?