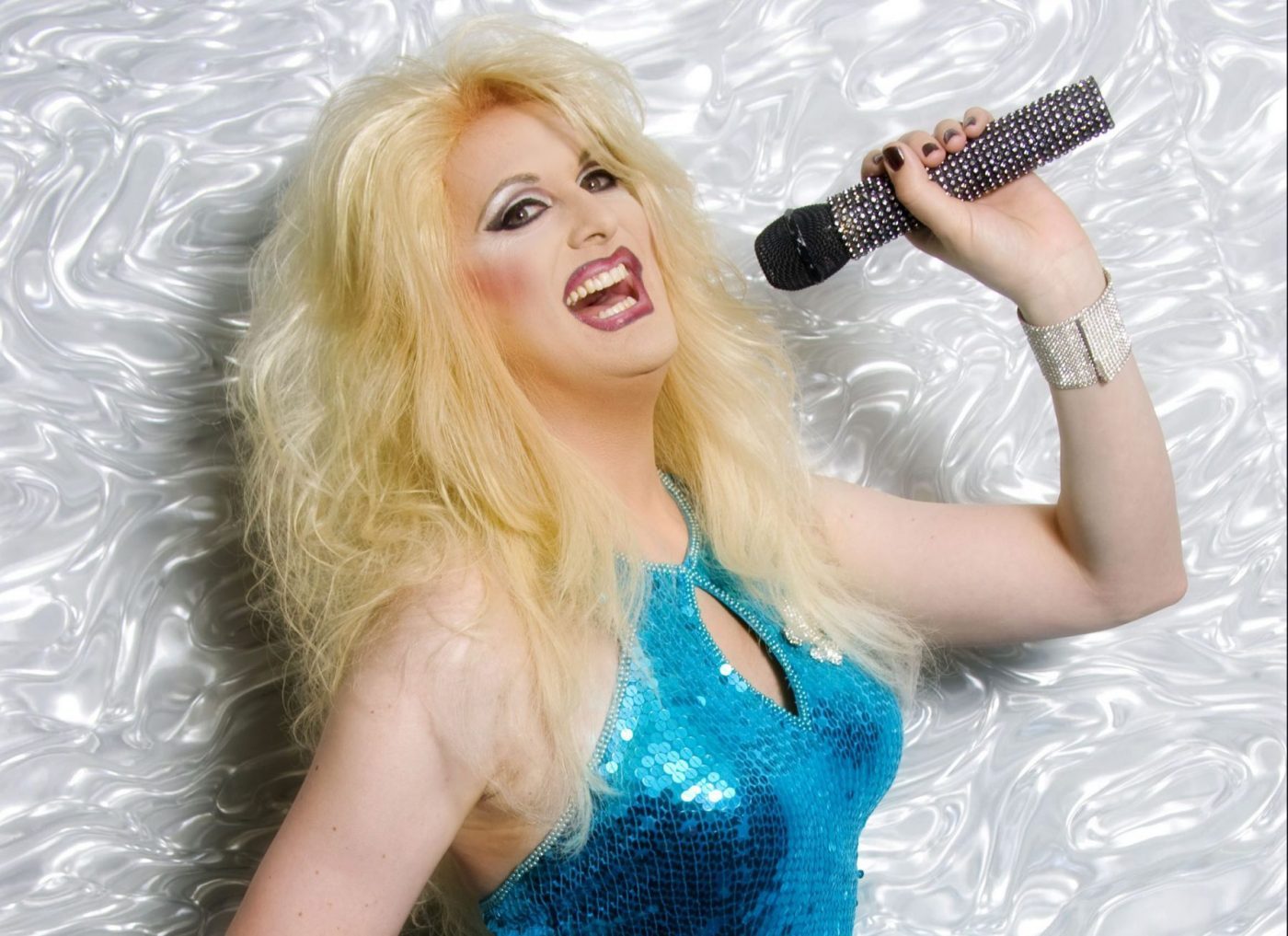 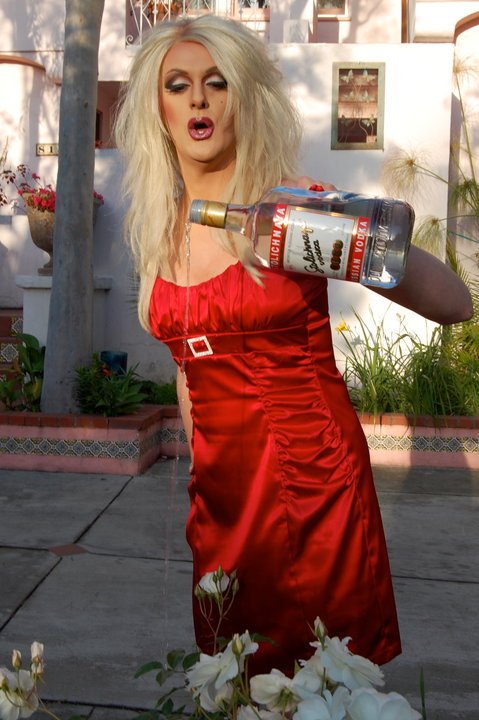 Hello, dahhhhlings!  It’s your award-winning drag diva and nightclub hostess Ingenue coming to you regularly here at WEHO TIMES.  Woo hoo!!  If anyone knows what’s happening in the WeHo drag world, it’s this boozed up floozie!

If you are new to West Hollywood or are in need of seeing some lady boys lip syncing to Beyonce, here’s the T!  I have the list of all the drag shows where you need to shake your dollar bills – wait, make that $5 bills.  Inflation, dears.  Inflation!  So start your engines!  We’re going on one hell of a WeHo drag race:

Wow!  I need a cocktail after all that!  That’s a whole lotta drag for this Best Coast gay capital.  Now, if I missed your West Hollywood-based drag event, please let me know.  Because, girl, if I don’t know about it, it’s not drag!

OMG!  Alert!  Alert!  Press pause on your heavy drinking schedules!  This … just … in!

So, I was just having a super-strong cocktail at my favorite watering hole in WeHo – Motherlode, of course!  As I’m on the patio, a little biRDy flutters up, “Ingenue, have you heard about RuPaul’s makeup?!”  I slurred out a vodka-soaked, “What about it?” desperately avoiding any open flames.

Well, here is the world exclusive.  Did you notice that RuPaul was not “in face” during the infamous Lady Gaga season opener?  No runway, no “same dress different color” moment, and NO – I repeat – NO drag makeup to be seen!  “Whaaaaaaaaaaaaaattttttttttttttt?” exclaims every queen on Mother Earth from the Palace in South Beach to the Castro in San Fran.

It gets better!  Episode 2 rolls around and there were NO close-ups of RuPaul, even when she’s side-talking at the Judge’s Table.  It seemed to me she had black eyelids and a rather simple nude lip.  “Whaattt?” the queen’s exclaim again, “So basic.”

Finally, Episode 3 purrs in.  RuPaul’s face is now beat for days, beat for the Gods, and giving us icon status.  In fact, she’s wearing … for the first time in “Drag Race” herstory … a bottom lash!  Who painted this masterpiece upon the ebony marble that is RuPaul’s face?  Well, it was NOT her regular makeup artist.  My lil biRDy claims that person was fired right after Episode 2!  Something about a contract, something, something – I don’t remember.  I was on my third Stoli Tonic at Motherlode, two steps from going home by ambulance – good times!  Good times!!

So, who is the illustrious artiste glamming up our very own RuPaul?  To quote RuPaul herself who bellowed these exact words down the hallowed halls of the drag race studio, “BRING ME … RAVEN!”  And that, lady boys and boozies, is exactly who is now doing RuPaul’s makeup for Season 9!  Good job, my fellow Aries, Ms. Raven!

Now, can someone make RuPaul a different dress?  That pattern is played out.  Can we see a mermaid style?  Some Zac Posen?  Some Valentino red?  Some leg?  BRING ME … another cocktail!  I’m off to Motherlode again!!

Ingenue (pronounced “on zha new”) started her drag career 12 years ago right here in the heart of West Hollywood.  Since then she has literally worked in every bar and nightclub in WeHo.  Her most notable and current gigs include hostess of TigerHeat, emcee for the Dreamgirls Revue, “Legendary Bingo” co-hostess, and “RuPaul’s Drag Race” viewing party hostess for Gold Coast bar.  Ingenue had the honor of receiving two back-to-back WeHo Awards for “Outstanding Drag Diva” and becoming one of WeHo’s first prom queens, “Sassy Prom Queen 2007.”  Today, in addition to her nightclub gigs, Ingenue stars in the Indie Series Awards nominated web soap opera “Roads To Keystone,” on YouTube and at www.RoadsToKeystone.com.

The Abbey Food & Bar in West Hollywood is Re-Opening