Ingenue’s Drag World Vol. 7: And the EMMY Goes to… INGENUE?

EMMY. She’s a gold statue of wonder, and she’s RuPaul. Yes, you read that correctly. If you watched this year’s telecast of the Prime-time Emmy Awards, you saw Stephen Colbert do a bit where he introduced us to EMMY, and guess what? She’s RuPaul!! Who knew? Well, I for one am not surprised. After all, “RuPaul’s Drag Race” nearly swept the awards!

The EMMY goes to … RUPAUL CHARLES! The biggest win happened at the first night of the Creative Arts Emmys. For the second year in a row, RuPaul picked up the honor of winning “Outstanding Host For a Reality/Reality-Competition Program.” She sure did, hunty! A back-to-back winner from our very own drag community? Drag is huge right now, and this proves it.

But, the Emmy awards didn’t stop there. As Entertainment Weekly’s Nick Romano said, “RuPaul’s Drag Race was among the night’s big winners.” Although the show itself lost to “The Voice,” statues were picked up for “Outstanding Picture Editing” and “Outstanding Costumes”! Congratulations to RuPaul’s personal designer Zaldy Goco and Lady Gaga’s designer Perry Meek on that win. You go, girls! Two SoCal girls, you will recall from my previous article, were also nominated for “Drag Race.” Raven for “Outstanding Makeup for a Multi-Camera Series or Special” and Delta Work for “Outstanding Hairstyling,” as they do RuPaul’s makeup and wigs. Sadly, though, they did not take home the gold. The makeup award went to “Saturday Night Live” and hair to “Hairspray Live!” Nevertheless, there is always time to celebrate next year. I don’t need a three-eyed raven from Westeros to tell me that Raven herself and Ms. Work are back to work at both “RuPaul’s Drag Race” Season 10 and All Stars 3. Viva Emmys 2018?

Yes, darlings, “RuPaul’s Drag Race” won several prestigious Emmys. Plus, the show is a worldwide phenomenon. It changes lives. Drag queens get nominated for Emmys and win Emmys. Its drag contestants tour the world and earn thousands and thousands of dollars, while screaming fans wait outside nightclubs for days just to meet these fabulous queens. If you are a drag queen today, this show launches careers. Who wouldn’t want to be a part of this success?

Answer? “Hello, it’s me.” HUH!!! WHAT?!!! Alert the presses – oops! I am the press! Screech!!! Ingenue, West Hollywood’s bonafide hostess with the mostess who invented nightclub hostessing in our beloved hamlet … does … NOT … want … to do … “RuPaul’s Drag Race”?!

It is the one question I am asked more times than I can count. When are you going to do “Drag Race”? And my answer is and has always been … never. So here, darlings, is the worldwide exclusive. The real reason I will never walk into the hallowed workroom, strut down the infamous runway, or be judged by the queen herself. Pull up a chair. Get comfy. And memorize my answer. Because, to quote Cher from one of her Farewell Tours, “it’s the last time I’m doing it.”

Years ago, the late Livonia Speaks, founder of all things Sassy including the former WeHo Prom, asked once, “Is it true that you have zero desire to appear on a future edition of RuPaul’s Drag Race?” And I answered her with this:

“That is VERY true. How did you know that? I have never auditioned or had any interest. There are several reasons. First, I try not to get photographed out of drag. That was something Ray Rhodes and thus TigerHeat and I believed in way back when, probably in a very, very early conversation when I joined the TigerHeat family. We wanted our younger crowd to just believe in me, the character, much like one believes in Dame Edna rather than knowing her alter ego. No one needs to know who is behind the ‘mask’ and how I do what I do. That’s private to me.

“Also, I have built everything in my drag career by myself from the ground up. I have worked incredibly hard and have been fortunate to work with people who believed in me early on and who helped give me a mic, so to speak, along the way. After two WeHo Awards, being 2007 Sassy Prom Queen, and establishing myself as one of the few consistently working nightclub hostesses in Los Angeles, I take full credit for me. It would feel wrong to hear, ‘From RuPaul’s Drag Race, Ingenue,’ having RuPaul’s name come before mine because she had nothing to do with how I got myself here. Plus, I am already making a living doing what most of the contestants hope to do after the show. Don’t get me wrong. I think the show is absolutely fantastic for those girls who welcome the challenge and the incredible exposure. It’s just not for me.” I would also like to add something today about my goals. I have a different dream than some who may do that show. I do not want to be the next RuPaul. I want to be the next … Tyler Perry. Yes, my friends, I’m putting it out there so the Universe can conspire to make it a reality.

Madea, here I come! I want to play my drag character in TV shows or comical movies like “Ingenue Substitute Teaches,” “Ingenue Hijacked!” “Ingenue Goes Down Under” … YES! You know what I’m talking about. Get it, girl! “Ingenue Gets It, Girl!”

I currently star in a web soap called “Roads To Keystone,” where I play 16 characters with 4 more on the way. I am a writer as well, as you can tell from my column. I want to act in campy movies, then write prime-time guilty pleasure TV shows, even better than the Tyler Perry created “The Haves and the Have Nots” or “If Loving You Is Wrong?” If you are HBO, Showtime, NETFLIX, or the like, email me at IngenueLA@aol.com. I’m serious. I have a few pilot scripts that will make you drool! That’s where I want to focus my attention.

Now, you might be saying, “Ingenue, you need ‘Drag Race’ to help you do that.” My answer? But Tyler Perry didn’t. And that is whom I am following … or any TV producer or network executive into the Betty Ford Clinic. I bet they’ll read my scripts and watch me on “Roads To Keystone” there.

Again, just putting it out there, because a few short years ago, no one thought a drag queen could take home back-to-back Emmys for hosting a show. This proves we are in the Golden Age of Drag where anything is possible for a queen. And I am a goldmine waiting to be tapped. Perhaps, just perhaps, that gold will come back to me one day in the form of—And the Emmy goes to … 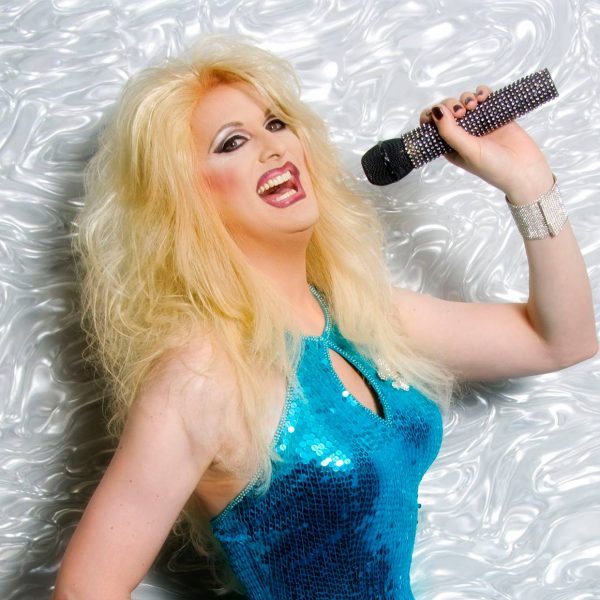