“We will have the TRUMP BABY!!!” West Hollywood Mayor John Duran posted on is Facebook page. “Come babysit the biggest, weakest, nastiest, tantrum throwing, cowardly, sniveling man on earth….. Be there. Be part of history. Before this Big Baby goes back to London. See the baby. And VOTE ON NOVEMBER 6th!”

Activists inflated the Trump baby balloon in Los Angeles last Friday, ahead of a politically-themed convention. The large balloon was erected at the Los Angeles Convention Center, prompting people to stop at take pictures. Mayor Duran was there to take part in this historical moment. He posted a photo which generated hundreds of reactions. 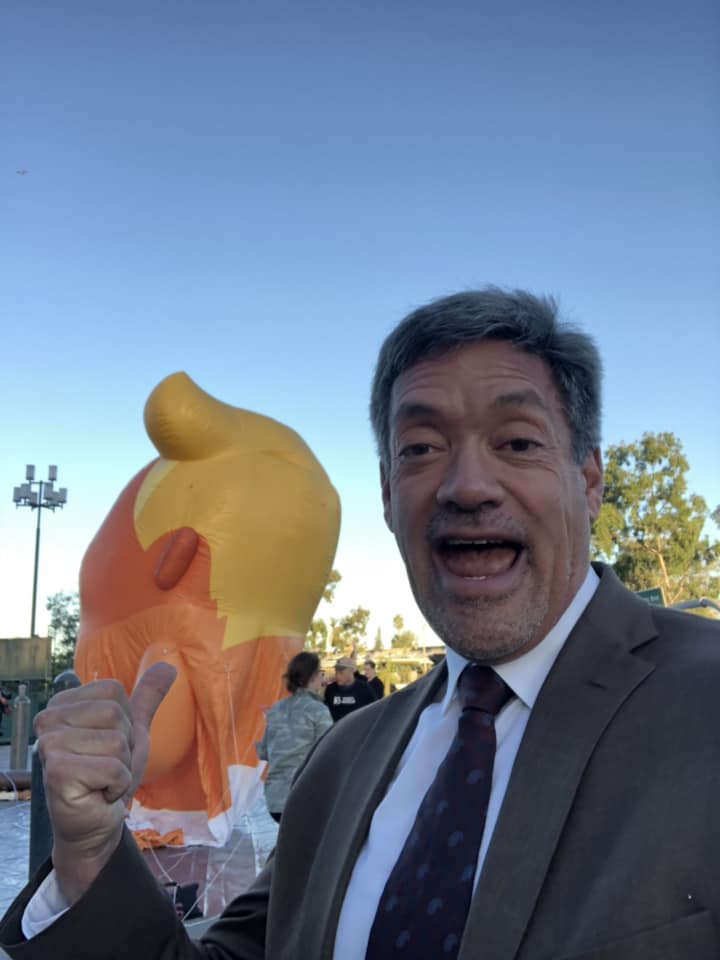 The Big Baby Trump Balloon was born during Trump’s official visit to the United Kingdom. The inflatable caricature of Trump was flown in protest of him, his visit, his racial views, his history of sexual misconduct, and his policies. The 20-foot, diaper-wearing Baby Trump Balloon complete with tiny hands holding a itty-bitty cellphone, was designed by Matt Bonner and constructed by Imagine Inflatables of Leicester. It was made possible the generous efforts of a large crowdfunding campaign on crowdfunder.co.uk, which helped raise the GB£16,000 it cost of its creation and deployment. The Big Baby Trump Balloon t has since flown over London, Chicago Los Angeles and will tour across the country, flying over Grand Rapids this weekend and making a pit stop in New York City this Sunday, October 28 during an Impeachment Parade in Battery Park.

West Hollywood Park is located at 647 N San Vicente Blvd, West Hollywood, CA 90069. Parking is available at the structure by the West Hollywood library. It is not clear whether parking will be validated for this historical event.