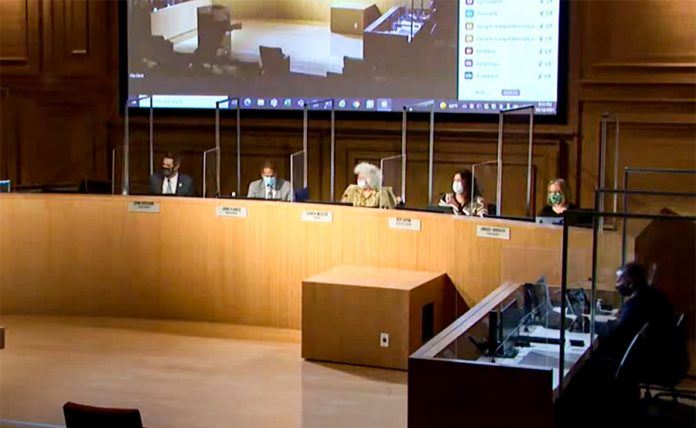 The regular West Hollywood Council Meeting was anything but regular this past Monday, October 18, 2021 as council members made their way back into the council chambers to conduct City business at a hybrid limited in-person meeting after over a year-and-a-half of virtual ZOOM meetings. This was also the very first in-person city council meeting for Mayor Pro-Tempore Sepi Shyne and Council Member John Erickson since their election wins back in November 2020. They were both sworn in to the West Hollywood City Council during the pandemic and have largely conducted WeHo City business meetings virtually.

The City of West Hollywood’s hybrid city council meeting was accessible both in-person and via a virtual teleconference. The City is currently monitoring Los Angeles County’s COVID-19 daily positivity rates and orders from the Los Angeles County Department of Public Health to make any changes, as appropriate.

A hybrid meeting means members of the City Council, the City Manager, the City Attorney, and a few key staff members attended the in-person meeting. Staff presentations and related participation took place via the virtual teleconference. All community members were able to view the City Council meeting by livestream at the City’s website at www.weho.org/wehotv.

Despite, the Council Dias giving off bank teller vibes with its heavy use of plexiglass separating the council members, and the inability to see the elected official’s faces under their masks, Mayor Pro-Tem Shyne and Councilmember Erickson were beyond excited to conduct their first in-person city council meeting.

They shared a picture of themselves standing inside the council chambers as elected officials for the first time during a test run prior to yesterday’s council meeting. 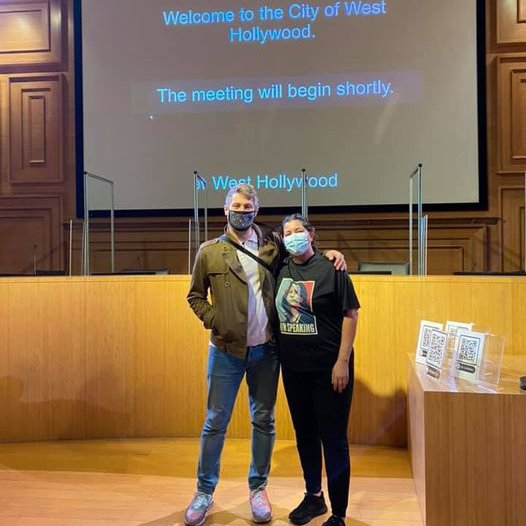 “It was extraordinary to conduct a meeting in Council Chambers,” Shyne told WEHO TIMES. “It was wonderful to have members of the public be able to engage with us in person. Being back in Chambers also means we have turned a corner in this pandemic and are further along in terms of recovery.” 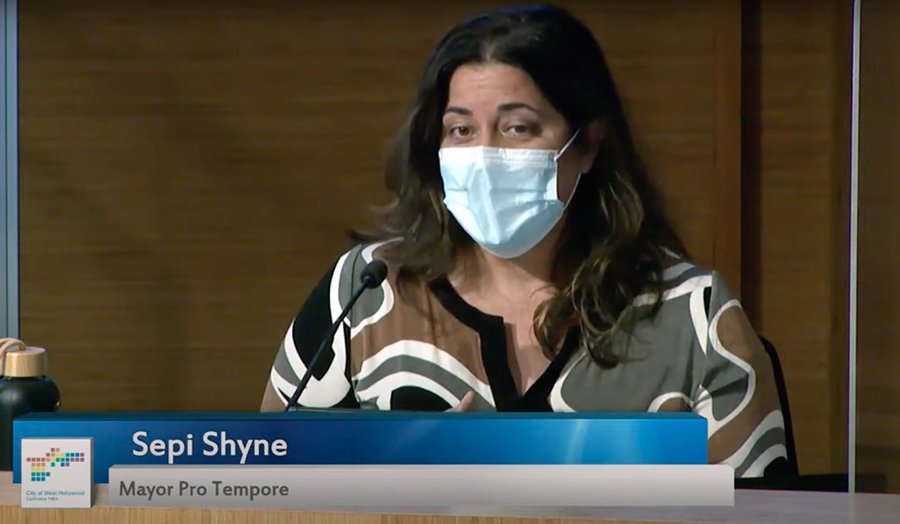 “Sitting on the Council Dias is an incredible honor and immense privilege,” said Erickson. “It was wonderful being there in-person with my colleagues doing the people’s business and interacting with the public who have been so patient with the city as we’ve navigated virtual meetings and now back to being in-person.”

“On a more personal level, it was very surreal for me too because I remember what it was like when I first walked into that room as an intern,” he added. “I’ll never forget that feeling last night and it’s a honor to be a Councilmember for the people of West Hollywood.” 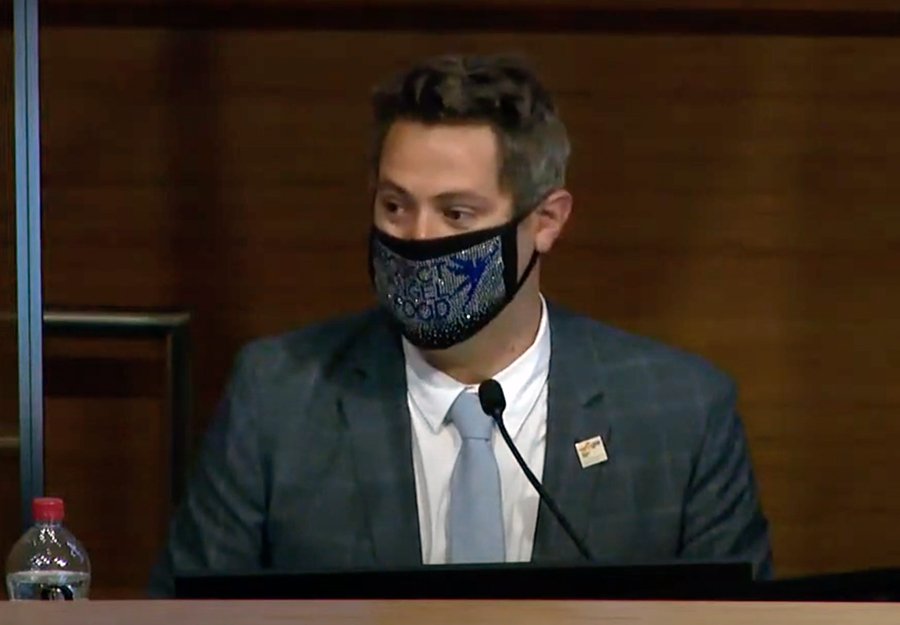 Both city officials agreed that the hybrid meeting is a step in the right direction and indicates where we are during COVID. With the State of California potentially lifting mask mandates soon, the public will be able to see the faces of the full council body during council meetings again shortly.

All the bars are packed with unmasked drinkers and the council has to be spaced out 6′ a part, masked AND have dividers between them? Such dramatic overkill. As soon as the bars opened..the council should have gone back to in-person meetings.