Impeach and Remove Rally is Coming to WeHo Park 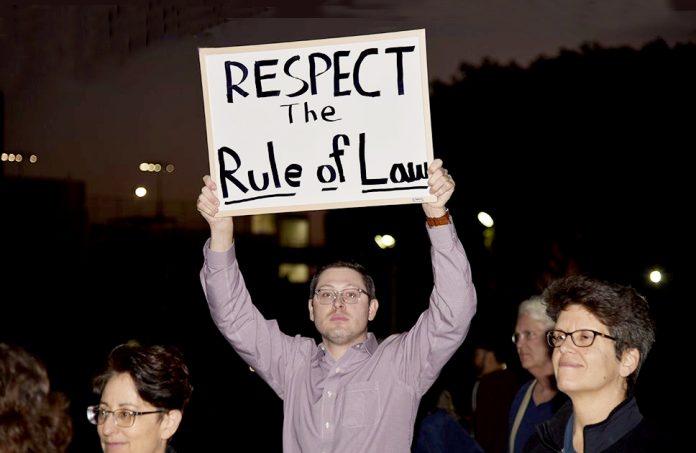 Community leaders, activists and residents of West Hollywood are joining communities all over the nation for an Impeach and Remove Rally the night before the House of Representatives votes to impeach Donald Trump.

The Impeach and Remove Rally in West Hollywood is a call to be part of this historic nationwide mobilization on the eve of Trump’s impeachment vote. The community will rally and show our legislators that the community believes “Nobody Is Above the Law.” As representatives finalize their positions and senators look on, community leaders want to show them that West Hollywood wants Trump impeached. Expect a family-friendly, public gathering at the city’s community park, with speeches by our local leaders and prominent activists. The main objective is to show Rep. Adam Schiff that West Hollywood is behind him 100%. Rally attendees are encouraged to bring a sign, get ready to chant and plan to take part in this important community event with a nationwide reach.

A core principle shared by supporting organizations is a commitment to nonviolent, peaceful actions. Participants are expected to act lawfully at all times and to seek to de-escalate any potential confrontation with those who disagree.

To learn more about the Impeach and Remove Rally in West Hollywood, and to RSVP (event is free, but an RSVP is suggested to show numbers) visit https://www.impeach.org/event/impeach-and-remove/

There is also an Impeach & Convict Trump Rally taking place in Downtown Los Angeles. That event will be in front of City Hall, located at 200 N Spring St, Los Angeles, CA 90012 on Tuesday, December 17th at 5:30 p.m.. The event is co-sponsored by IMPEACH.ORG, MoveOn, INDIVISIBLE, CREDO, By The People and many others on this list: https://act.moveon.org/survey/impeach-and-remove-partners/?