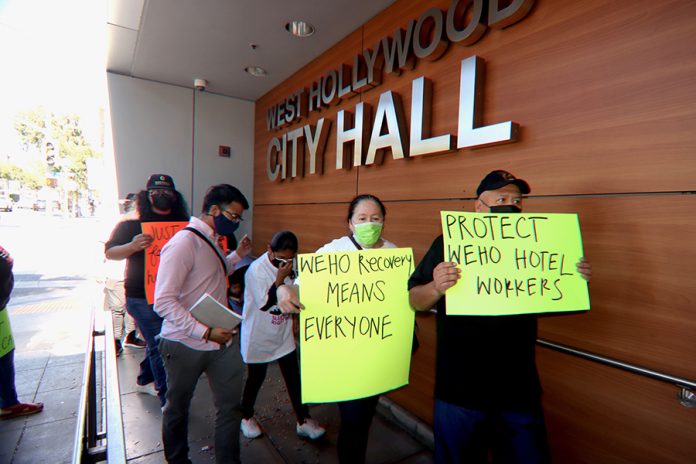 West Hollywood city council delayed a vote in support of hotel worker protection policy at a regular council meeting this past Monday, June 6, 2021. In response to the delay, over 30 hotel workers, community allies, including a representative from the Stonewall Democratic Club and West Hollywood residents, marched to West Hollywood City Hall on Wednesday, June 9th to deliver a petition signed by over 100 workers in support of the protection ordinance and demanded immediate action following the delay. 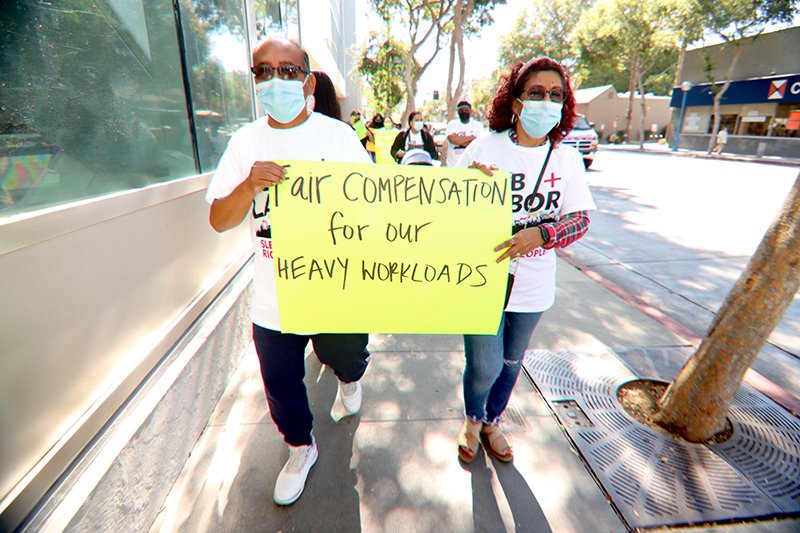 “I worked at the Standard for 16 years, and I still have no idea if I will be recalled back to work,” said Sandra Pellecer, a former cook at the Standard Hotel in West Hollywood, “Why would the city delay this?”

The policy is aimed at ensuring workers in the hotel industry, many of whom have dedicated decades of service to the industry, have jobs to return to as the economy reopens. The policy will also contain a series of measures to address the constellation of industry-wide problems that existed prior to the COVID-19 pandemic, such as sexual assault, inadequate compensation for heavy workloads, and the lack of comprehensive, standardized training.

With the industry scheduled to reopen in less than a week, dozens of laid off hotel workers urged the City to bring the ordinance to a vote as soon as possible. 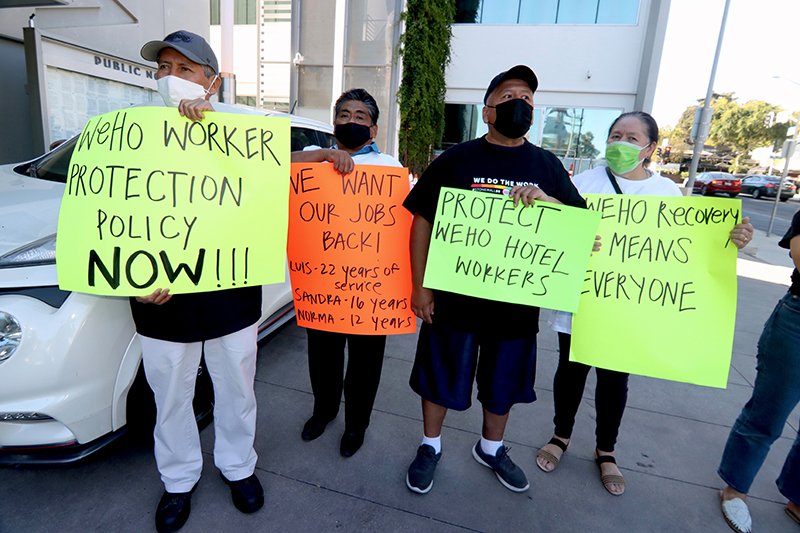 “We need to know that we will return to jobs where we have enough time to clean rooms thoroughly,” said Norma Hernandez, a room attendant who worked at the Mondrian for 12 years. “Before I was laid off, I would clean 12 rooms in a day. I was constantly racing against the clock to finish my assignment, and would even go without water to avoid bathroom breaks to save time. We need to be compensated fairly for this work if we are recalled.”

Similar worker retention ordinances have been passed in many cities across the region, including Santa Monica, Los Angeles, Long Beach, Pasadena, Glendale, and Los Angeles County. In 2019, the city of Santa Monica passed a historic Housekeeper Bill of Rights with similar panic button, workload compensation, training, and worker retention measures. Santa Monica also passed right of recall in the wake of 9/11.

When the COVID-19 pandemic first hit, 95% of hotel workers were laid off, most left without healthcare or job security, and many after decades in the industry. Workers in the hotel industry are overwhelmingly immigrants and women of color, some of the hardest hit amid the pandemic.

The policy would ensure that hotel workers are a part of a just economic recovery for West Hollywood. 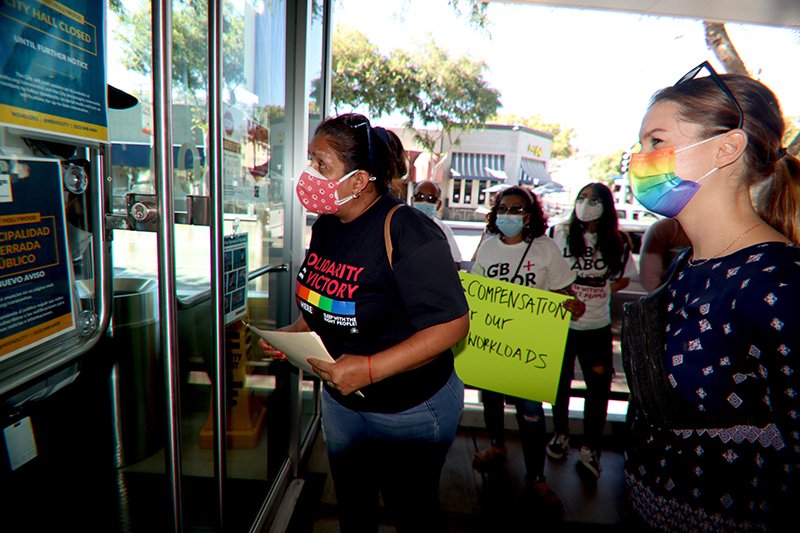 The City of West Hollywood is still under a local state of emergency in response to the coronavirus (COVID-19) outbreak. West Hollywood City Hall is currently closed to the public and has suspended all in-person transactions. The hotel workers were not able to speak with the City Manager, but a public safety staff person agreed to accept their petition and deliver it to the City Manager’s office.

West Hollywood City Hall is still closed so why protest there? And the meetings are still only virtual.

While we are all eager to support hotel workers and post-lockdown recovery for the hotel industry, we should be weary of UniteHere!’s extortion tactics. I’m also not convinced that a panic button” is a realistic solution to prevent sexual harassment on the job. Which proposed regulations will truly uplift workers and enable industry recovery, and which are just organized labor politicking?