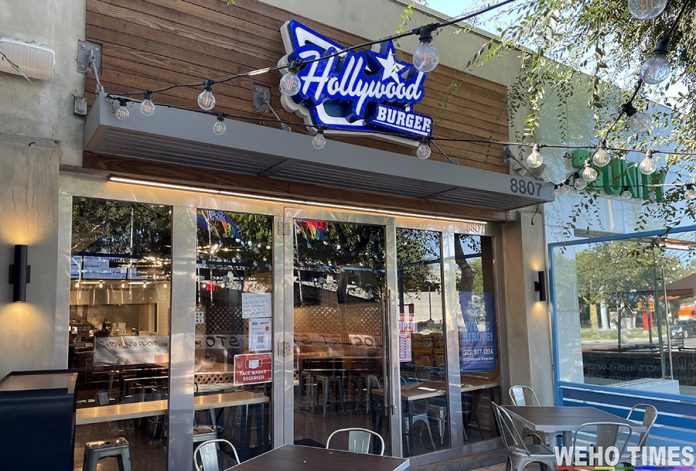 It’s another soft opening for a new restaurant in West Hollywood. Hollywood Burger finally opened at 8807 Santa Monica Boulevard, this past Monday, August 30th at the former George’s Greek Grill space, which was once home to the Tango Grill for the WeHo veterans who can think that far back.

The restaurant is currently operating on limited hours from Monday through Friday, 12 p.m. to 7:30 p.m. and closed on the weekends. A “We’re Hiring” sign is up at their storefront hoping to get fully staffed so they can open normal hours which would be from 8 a.m. to 9 p.m. 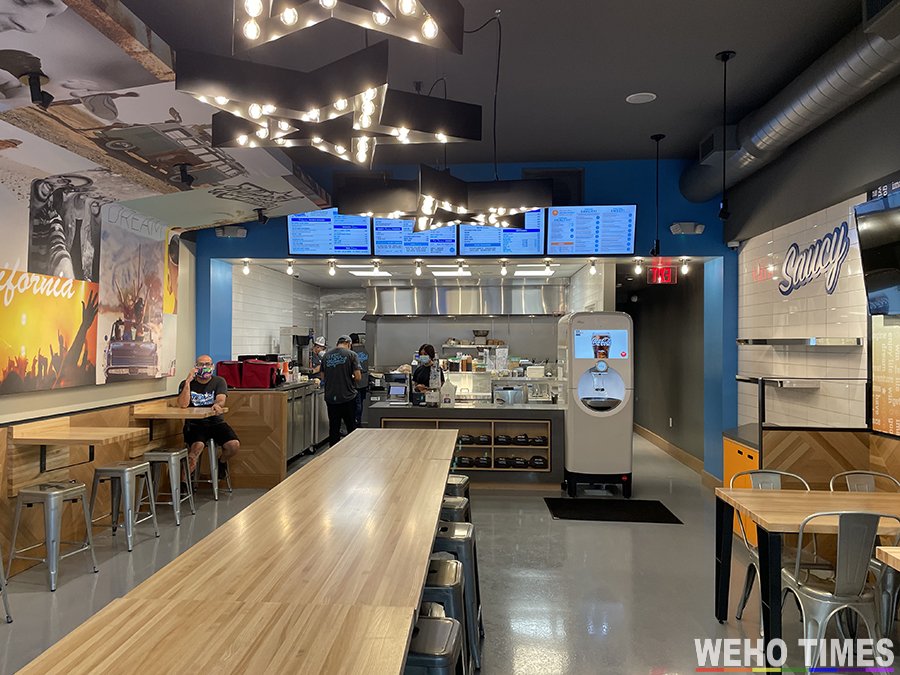 “People love that we are open,” Kenny, one of the managers told WEHO TIMES. “I think once we are open earlier in the mornings, more people are going to love our breakfast and they will want to come here for dinner.”

Kenny says his personal favorites are the Breakfast Bowl, the Avocado Toast and the Good Morning Hollywood. “For lunch, the tenders are really good and the VIP burger,” he said. “We also have vegetarian options like the garden burger or our spicy black bean burger.” 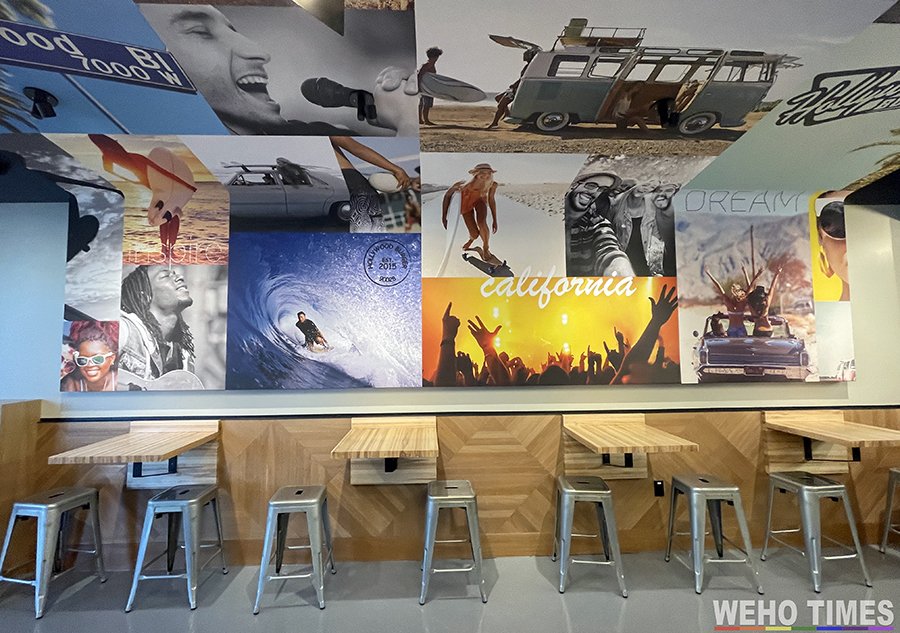 Established in 2010, Hollywood Burger began on the Walk of Fame across the street from Pantages Theater. The restaurant offers a fresh take on the classic American burger, but kicks it up a notch and with a Hollywood twist.

Using only the freshest ingredients that are sourced locally whenever possible, we have a talent for gourmet-style burgers at honest prices. Our passion for great times will keep you smiling, because we treat everyone like a star! We believe life is a party, and everyone is invited!

The West Hollywood location is the third outlet in Southern California with one opening in Santa Monica at 313 Wilshire Boulevard. LA Eater reports that location could open sometime in early fall. 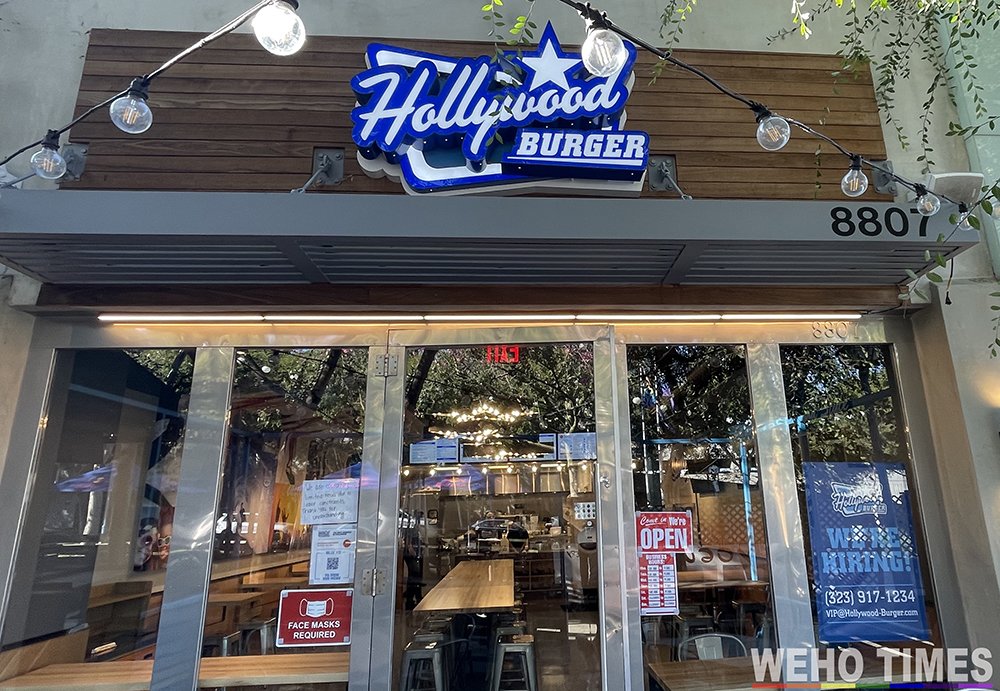 The WeHo location expects to be open for full-time hours in about two weeks.

I’ve eaten here twice & love it! The fries are the best I’ve had in forever & stay hot. The burger is great & generously-sized. The staff is friendly & the space open & welcoming. I want them to stay there forever!

What does that make, four burger joints all within a couple of blocks? Geez. Good business move. (Eye roll)

I wish them luck, but there’s so much smoke from Trunks, no one is ever going to want to sit outside. The city needs tougher smoking restrictions. People are smoking 3′ away.

And they have been paying rent on the property for what… a year and a half or so? I don’t know why any business person would take a look at the surrounding neighborhood and say gee what does this area need… A burger joint. Not.

I’ve eaten at all the places you’re referring to & there truly is no comparison.

ABOUT US
WeHo Times West Hollywood Daily News, Nightlife and Events. The WeHo Times is an online news source covering the life and times of the City of West Hollywood. Featuring unbiased professional reporting and photo journalism, WEHO TIMES is updated daily, delivering the latest city news. The online publication founded in 2017, also features cultural events, people, politics, places, nightlife, and the history that make the City of West Hollywood the unique, creative city we all know and love.
Contact us: editor@wehotimes.com
FOLLOW US
© 2022 Murillo Media, LLC
wpDiscuz
7
0
Would love your thoughts, please comment.x
()
x
| Reply