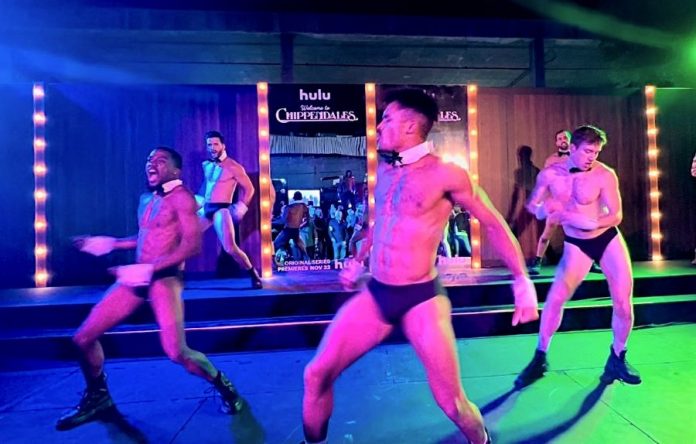 Hulu shut down Rocco’s West Hollywood this Past weekend to offer a free Chippendales Experience to promote the “Welcome to Chippendales” original series now playing on the streaming platform. The experience was limited to those lucky enough to reserve a spot for the free event over three nights from Thursday, November 17, through Saturday, November 19, 2022. 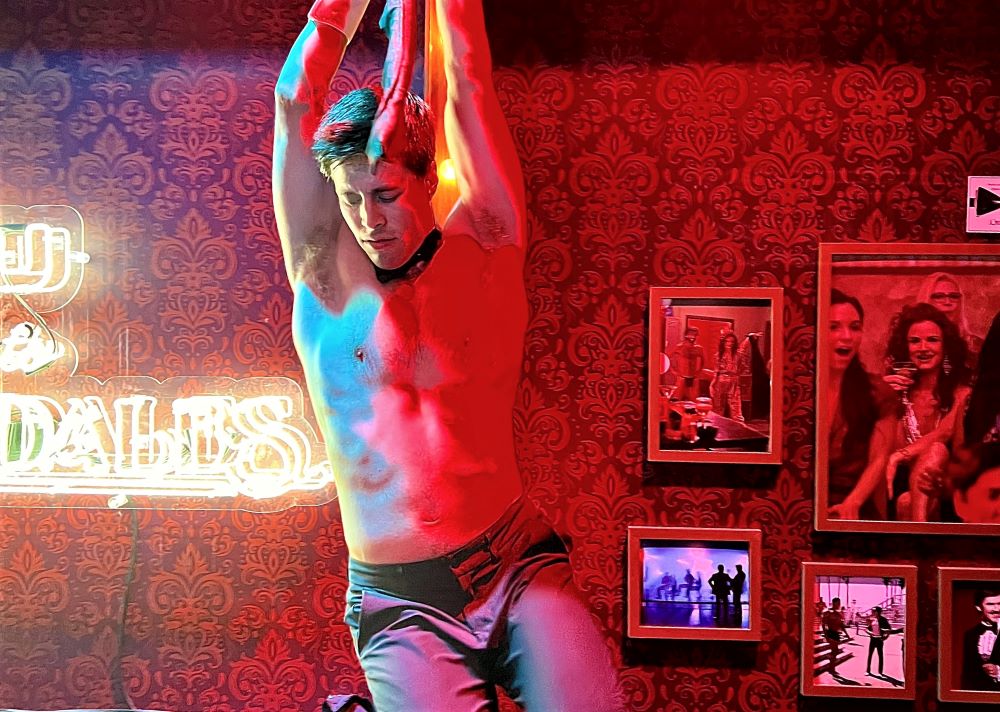 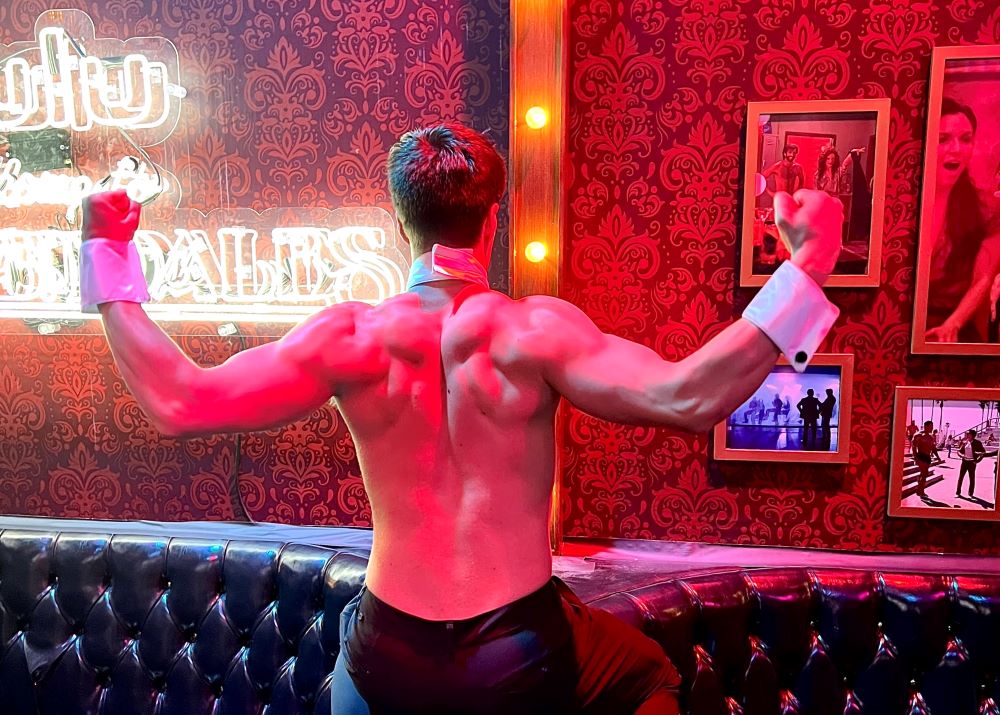 Hulu must’ve spent a good chunk of money with the promotion (we hear but could not verify that it was to the tune of $150K) to transform Rocco’s into a Chippendales nightclub with neon lights signage, a photo booth, dancers, two giant dressing room trailers parked on San Vicente Boulevard, and security from the West Hollywood Sheriff’s Station located across the street from the venue. 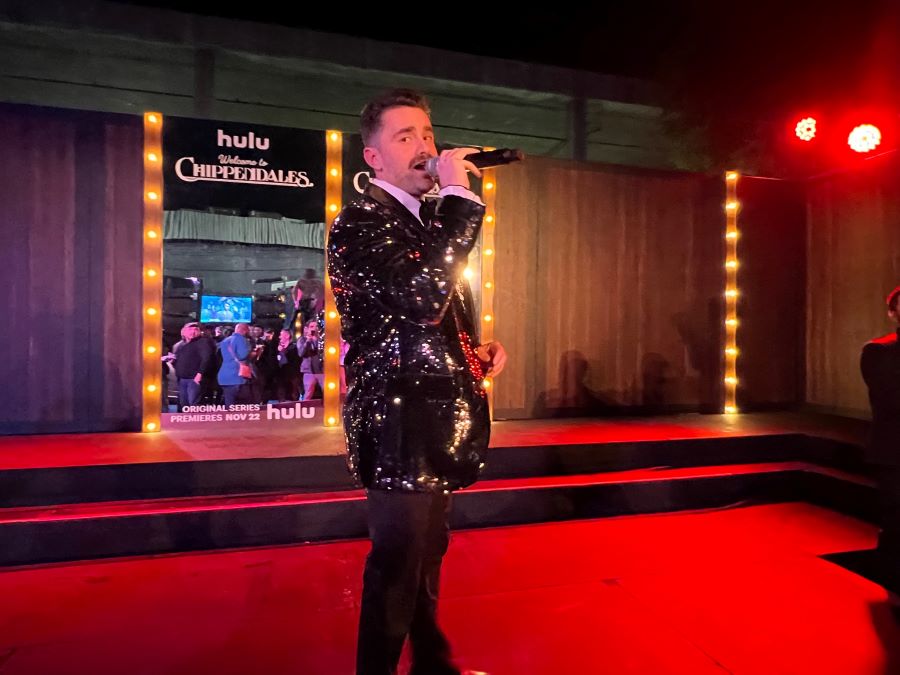 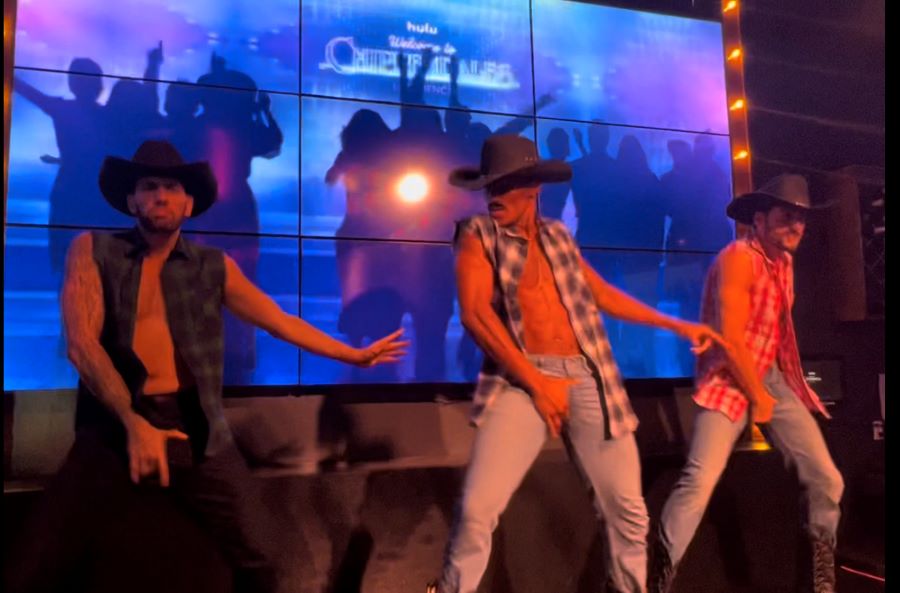 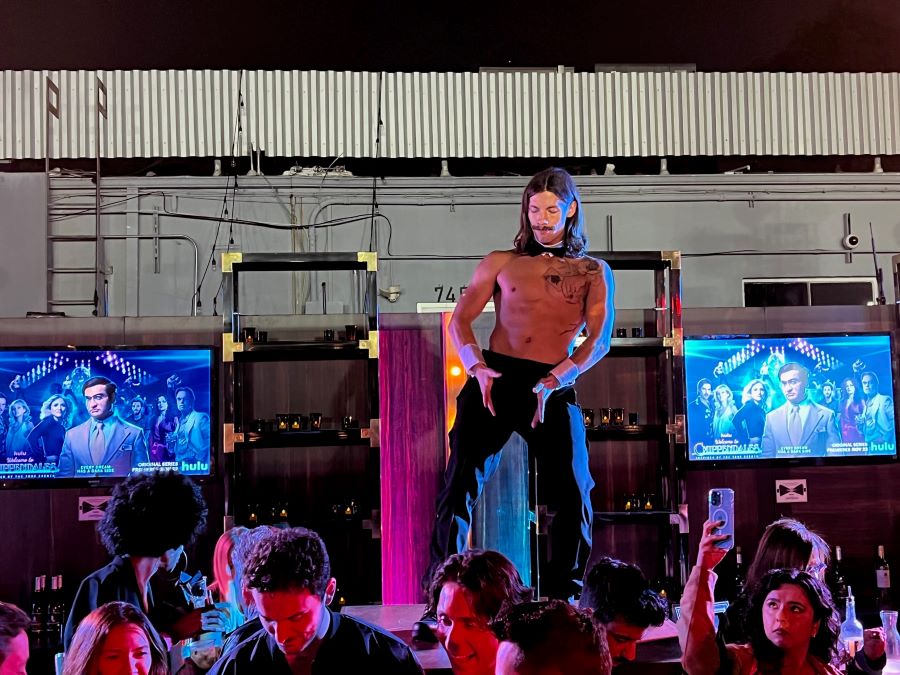 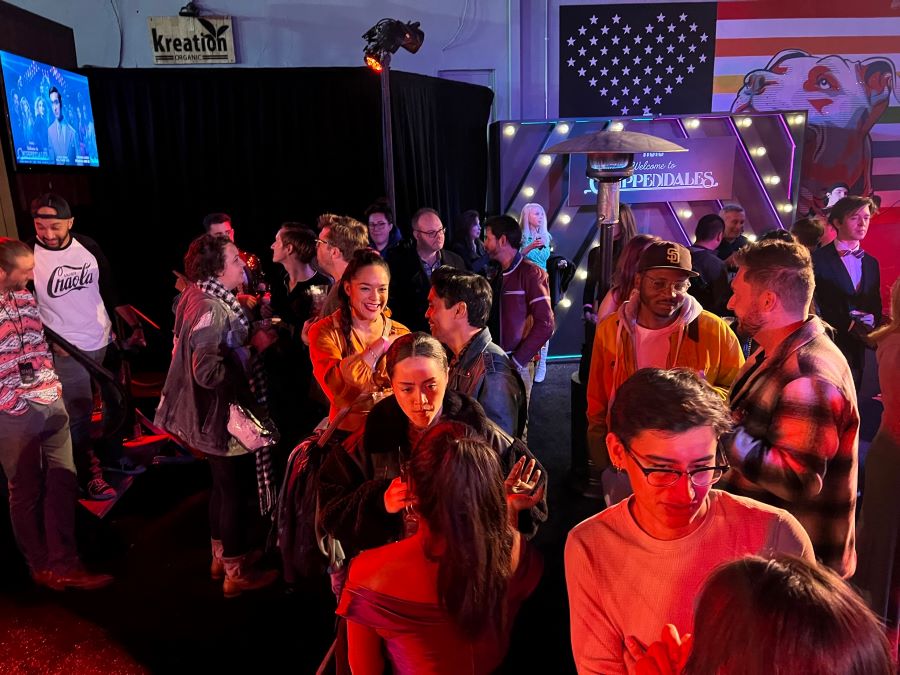 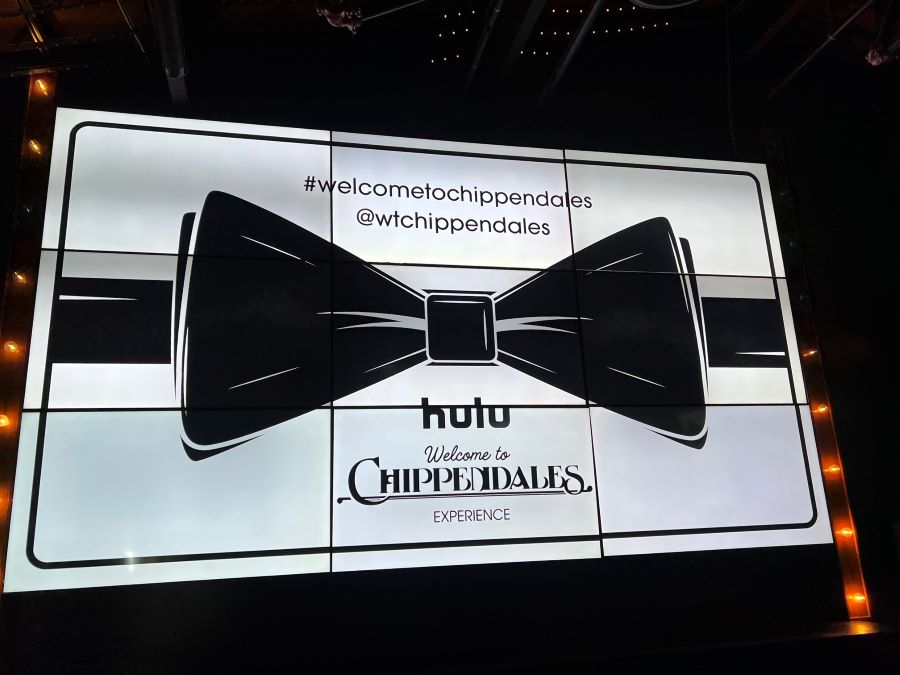 Guests were treated to two free drinks, free popcorn, some hors d’oeuvre from Rocco’s kitchen and they had a choice between a branded sleeveless tee-shirt or a fanny pack (I went for the shirt, even though I probably will never wear it).

The Chippendales experience was partitioned into three sections. It was life imitating art with special sneak peaks of the original Hulu series projected on large screens and then cutting to an announcer introducing live dancers for a striptease number. There were four dance numbers on stage and there were guys dancing throughout the venue.

“Welcome to Chippendales” tells the outrageous story of Somen “Steve” Banerjee, an Indian immigrant who became the unlikely founder of the world’s greatest male-stripping empire–and let nothing stand in his way in the process. It stars Kumail Nanjiani as Somen ‘Steve’ Banerjee, the founder of Chippendales.

Chippendales is a touring dance troupe best known for its male striptease performances and for its dancers’ distinctive upper body costume of a bow tie, collar, and shirt cuffs worn on an otherwise bare torso.

Chippendales was the first all-male stripping troupe to make a business performing for mostly female audiences. Through the quality of its staging and choreography, Chippendales also helped legitimize stripping as a form of popular entertainment.

Gross. They turned the entire façade of their building into a billboard.

Doesn’t look like anyone was having fun either LOL