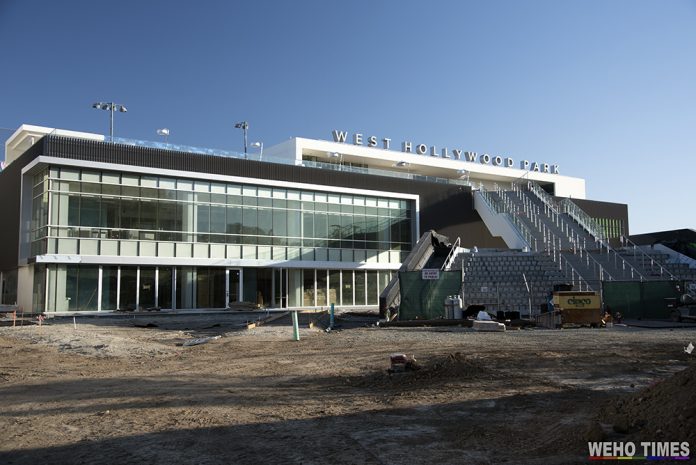 The space is much larger from the inside of its fences. Upgrades promise more open areas than before with a Robertson Gardens, public art, new picnic areas, an outdoor exercise circuit for adults throughout the park, and updated playgrounds for children. The off-leash dog parks will feature expanses of open space with shade trees, small mounds and turf terraces for romping, and water stations. 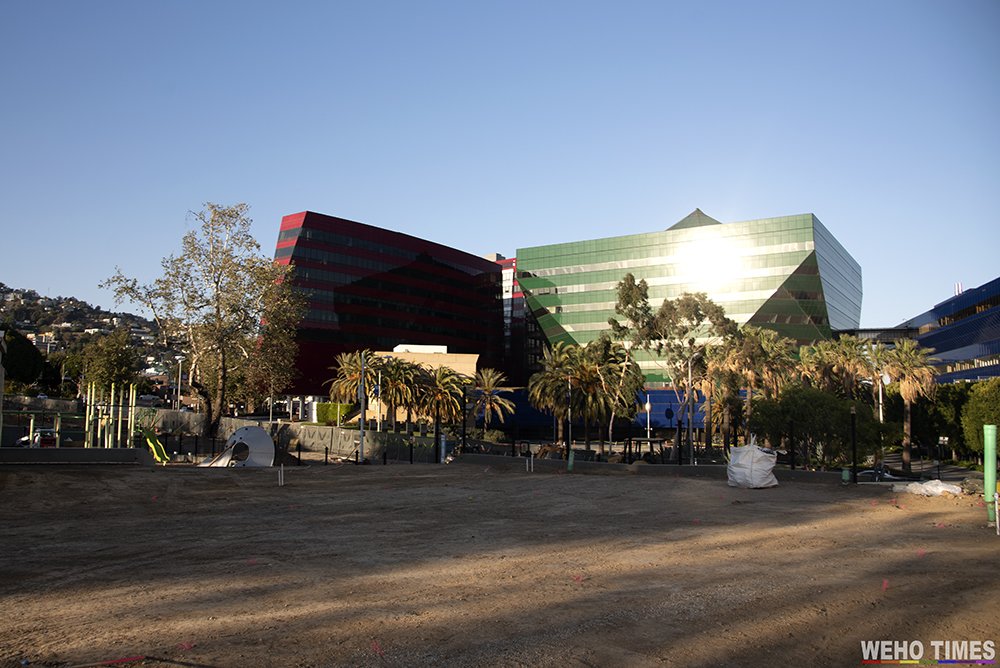 Aside from some familiar trees, West Hollywood Park Phase II has obliterated the old WeHo Park as we know it. The park’s swimming pool and bathhouse was demolished in early July 2020. The pool area dates back to 1961. It was the last remaining work of architect Edward Fickett, the same man credited for the original long gone West Hollywood Library, which was demolished on October 2011. 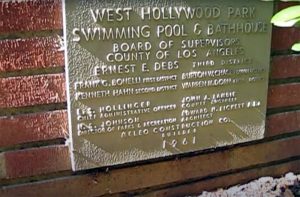 The conneting West Park Auditorium was turned to rubble later that month.

“I got to say ‘good-bye’ to the last piece of the West Hollywood Park Auditorium this morning,” posted WeHo community member Robert Gamboa on his Facebook timeline on July 20, 2020. “So much history there. I can’t even begin to count how many times I have leaned on this very rail. #BOOM!’ came to life here, #BiPride, the country western stage at LA Pride, WeHo Dodgeball, #WorldAIDSDay celebrations and reading of the names, marches and rallies, thousands upon thousands of community events and celebrations, memorials, meetings, forums, awards, fundraisers, 12-Step programs, etc. Alas, all good things must come to an end. And new experiences and new beginnings will unfold in West Hollywood. But our cherished memories we will hold onto forever. ❤️🏳️‍🌈 🎉”

Indeed, every day brings us closer and closer to a new experience at the new West Hollywood Park. The four-level, 75,000-square-foot Aquatic and Recreation Center will feature two rooftop swimming pools, including a competition pool and a recreational pool, and a multi-sport court with bleacher seating and scoreboards that will accommodate a variety of sports. The building will also feature five community meeting rooms and one conference room, City of West Hollywood Parks and Recreation staff offices, a Tiny Tot program classroom, a public access television studio, lockers, and additional parking. 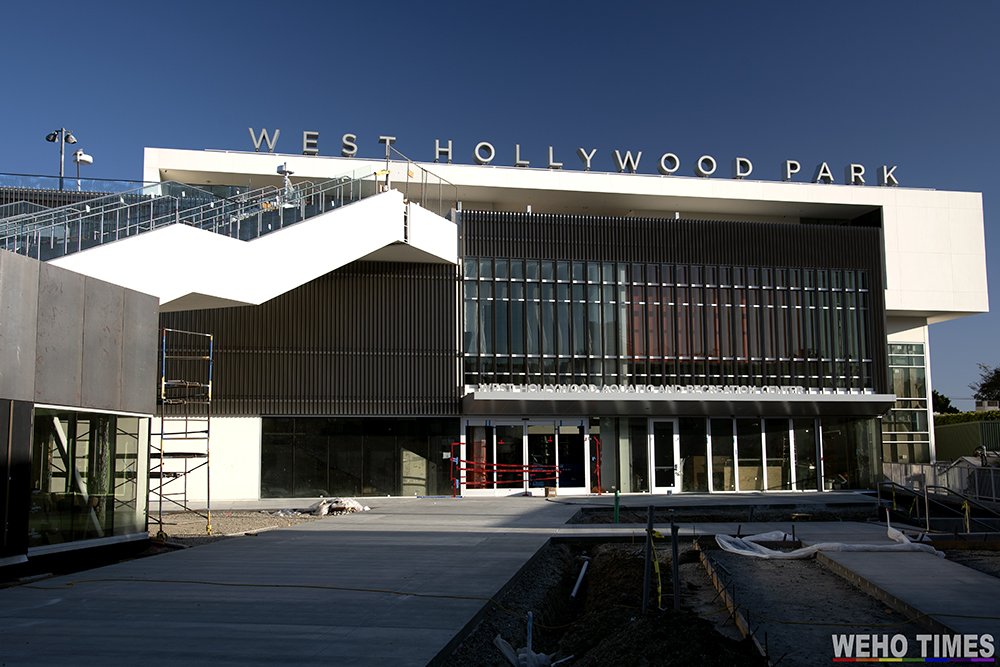 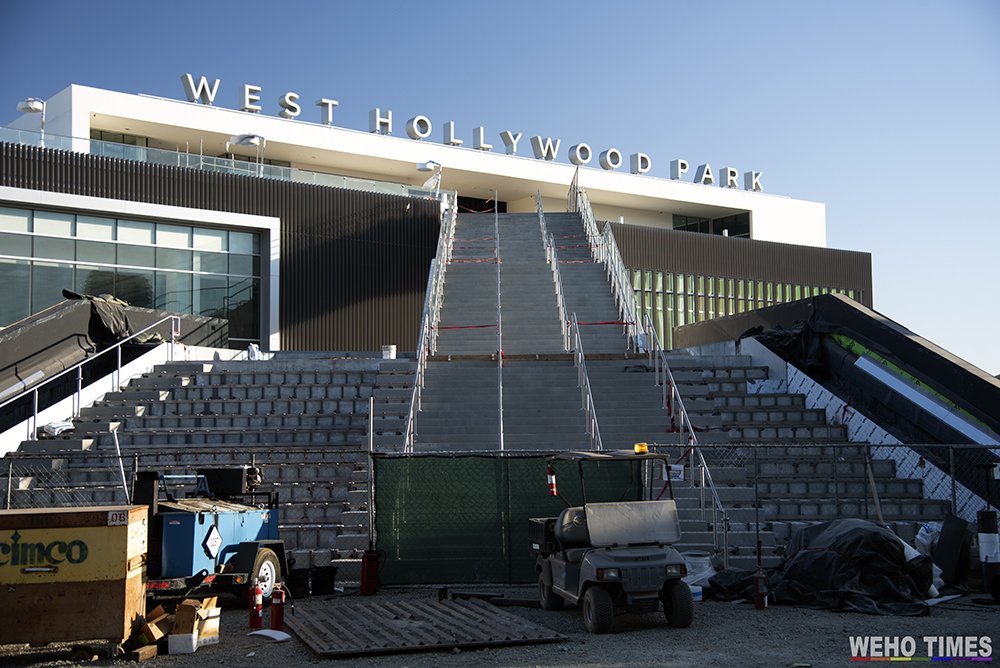 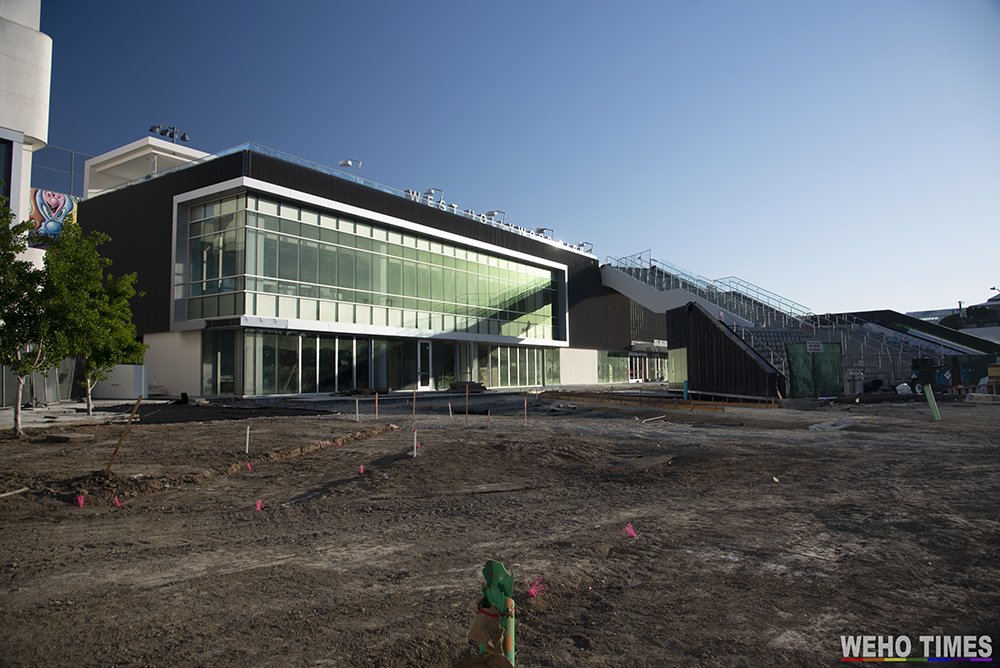 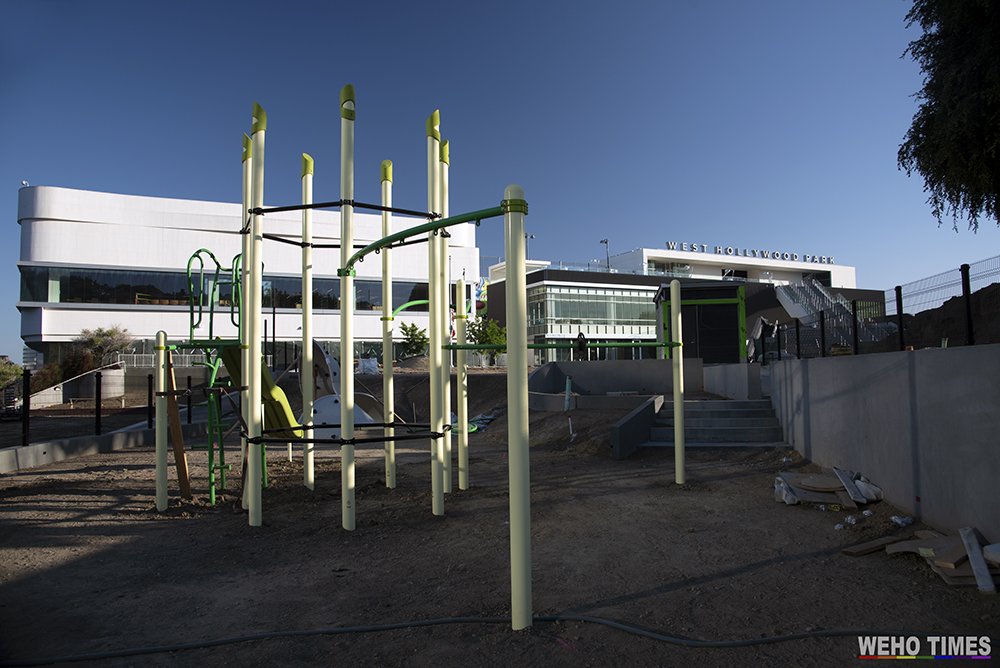 There is also the anticipated AIDS Monument, a collaboration between the Foundation for a National AIDS Monument (FAM), artist Dan Tobin and the City of West Hollywood, will be located within the park’s expanded green spaces along San Vicente Boulevard. It will be a visually distinct and tranquil area to be experienced in many different ways.

That staircase is daunting.