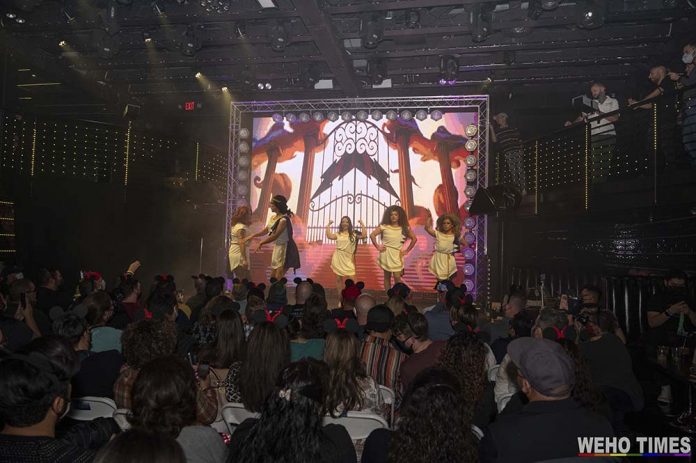 Heart WeHo (formerly Rage Nightclub) finally opened its doors to the public for the very first time on Saturday. A line curled around the corner from Santa Monica and up San Vicente Boulevard in support of Happily Ever After”, a Disney stage show production by Team Cyclepaths to benefit their fundraising efforts to participation in the AIDS/LifeCycle 2022. The show sold out the day before showtime. 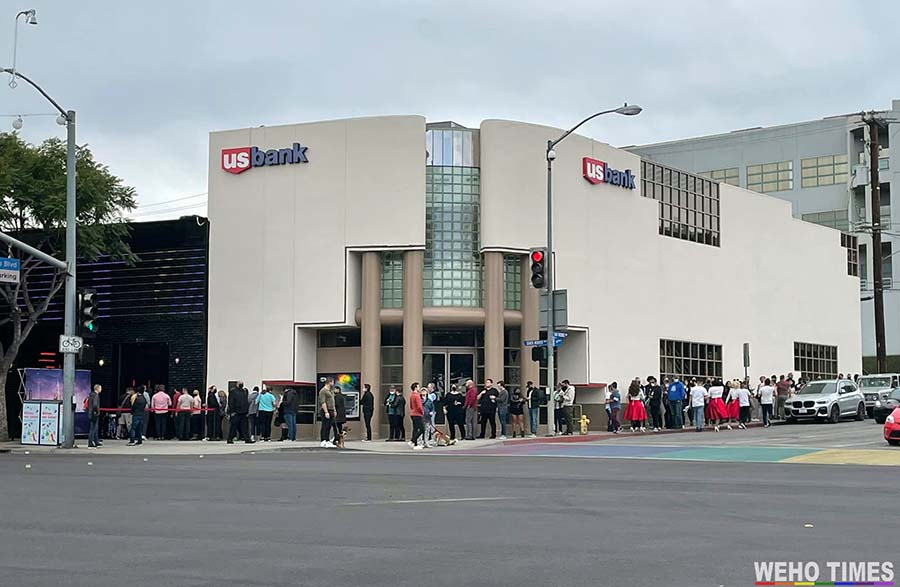 The show was also an excuse to get a sneak peek into the newly renovated space that was home to Rage Nightclub for several decades before it shuttered during COVID.

“This is an event that we’ve been producing for five years,” Happily Ever After producer and Team Captain of Team Cyclepaths, Albert Ontiveros, told WEHO TIMES. “Everybody in this show is a cyclist in our team. Nobody in the show is a professional drag queen. We’re just a bunch of people trying to raise money for our favorite charity.” 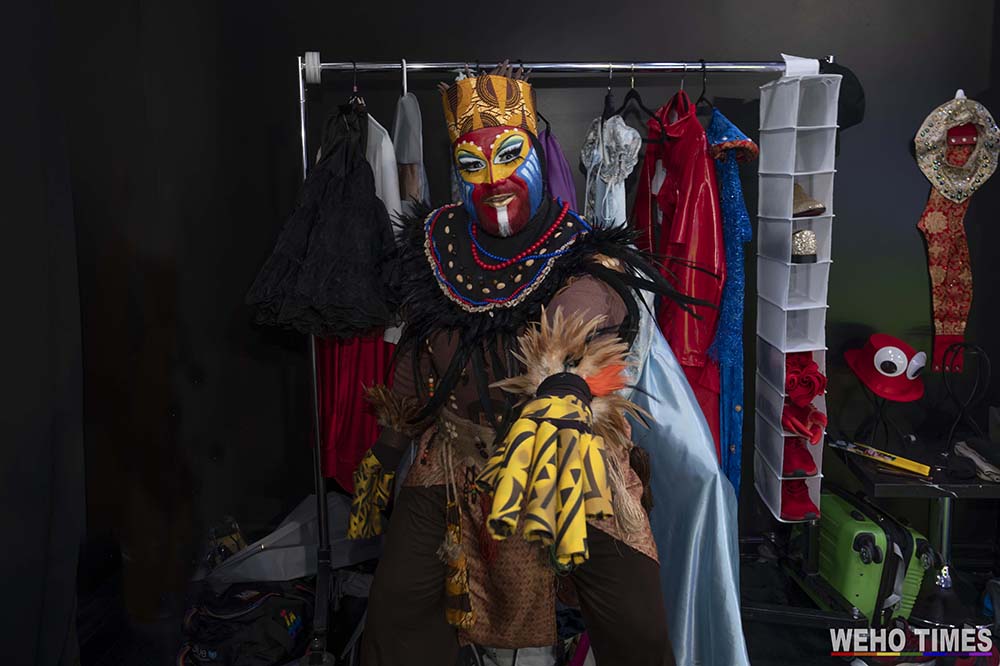 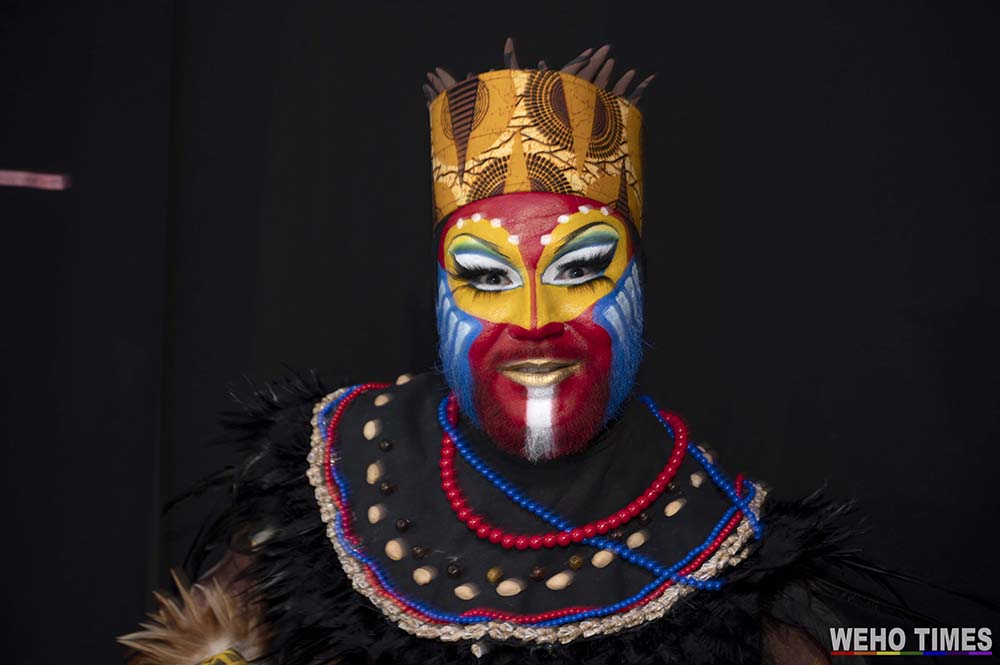 Ontiveros, whose drag name is Sister Bearoncè Knows, says the show started off with dudes in frocks and the show has grown into something bigger than he had ever imagined. Twelve people hit the stage and 20 people work behind the scenes to make sure everything run smoothly.

“We sold out,” he said. “The show hasn’t even begun, and we already broke our all-time-record for the most money raised for a single Cyclepaths event. All the money that’s raised goes to AIDS/LifeCycle. We’re a cycling team. We’re committed to ride our bicycles from San Francisco to Los Angeles for 545 miles over seven days in June. Each participant has to raise a minimum of $3,000, but if you’re on my team, Team Cyclepaths, you have to raise a minimum of $5,000 because we’re not basic bitches.” 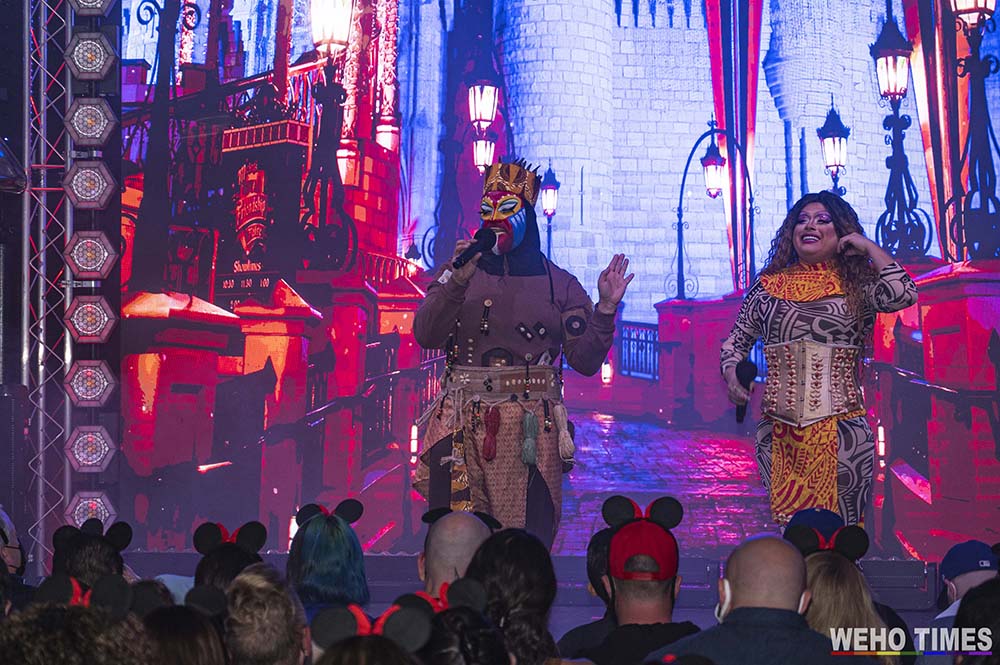 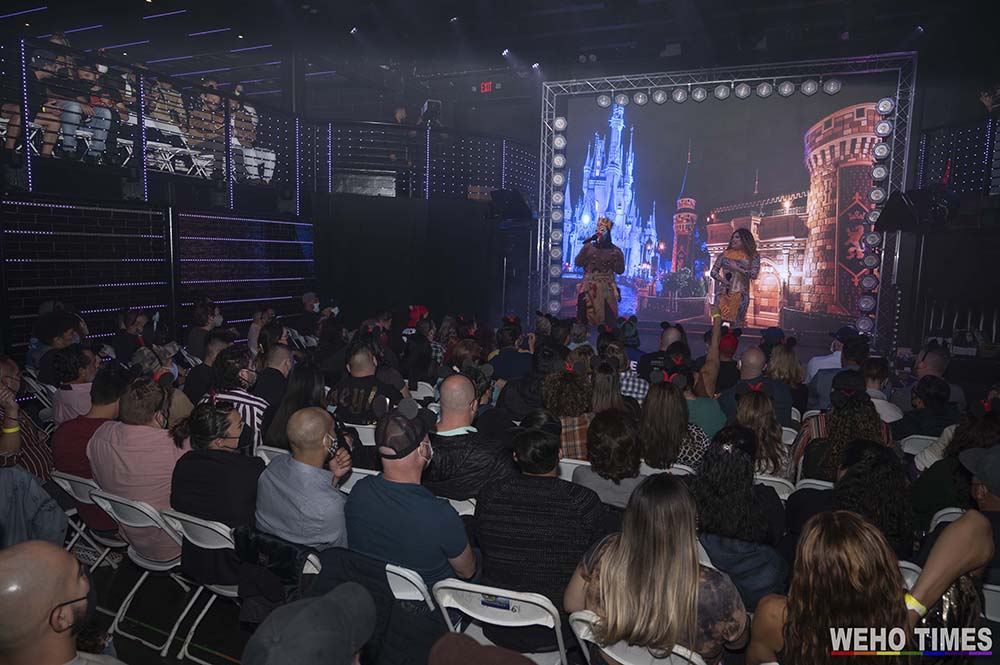 Happily Ever After has been in the works since this past October. The casting, costuming, makeup, and wigs is all done by the entire cast of The Cyclepaths, so that they don’t have to hire people and more money goes into their fundraising efforts.

“The very last event that happened at Rage before COVID shut everything down was our Disney show,” he said. “So, it’s very fitting that the first show in this venue is a Cyclepaths Disney show again. We hope this is the beginning of a wonderful relationship between HEART and AIDS/LifeCycle. We enjoy getting together and putting together memorable, unique, fun events for the community. We believe very strongly that we can make an impact in the community and have an absolute blast doing it. Charity does not have to boring. It can be really fun if you get creative, get together, and share your talents.” 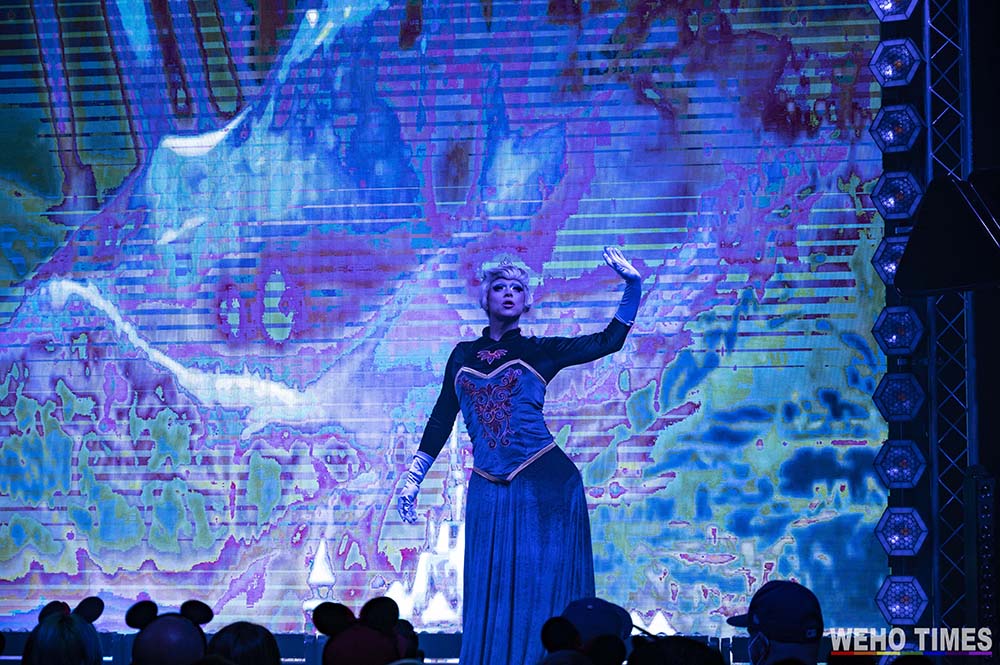 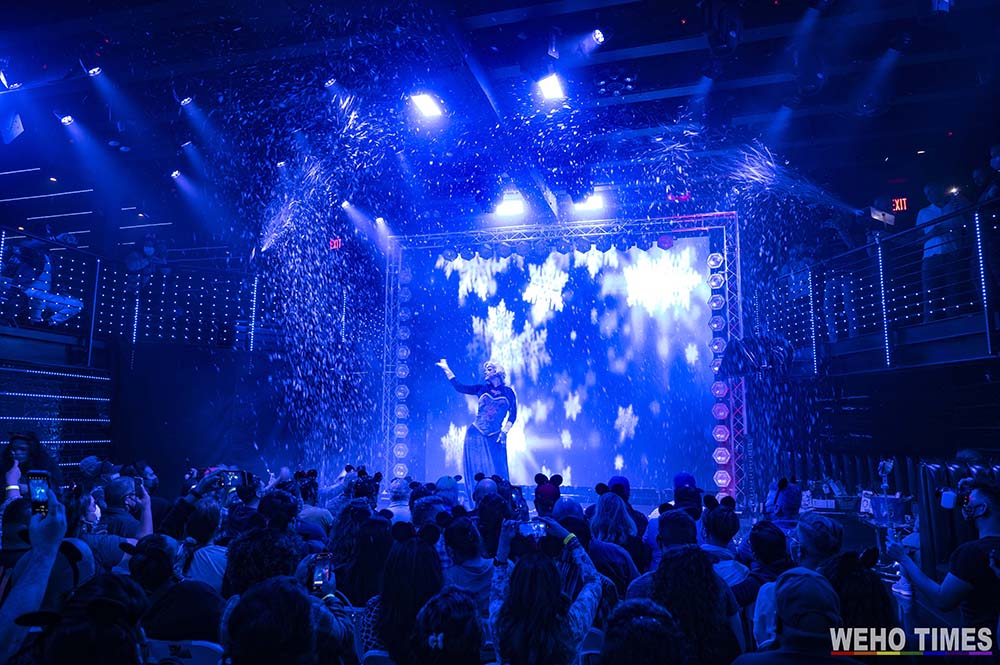 And when asked what’s harder, doing the show, or the actual AIDS/Lifecycle ride, he said, “Uh, this is harder. Everyone here would rather be riding their bicycles today than being tied into steeled bone leather corsets, putting on torture devices on our feet and putting on a show. Honestly, everything that we do, we do because we love it, we have fun, and we hope the audience can see that in our show.” 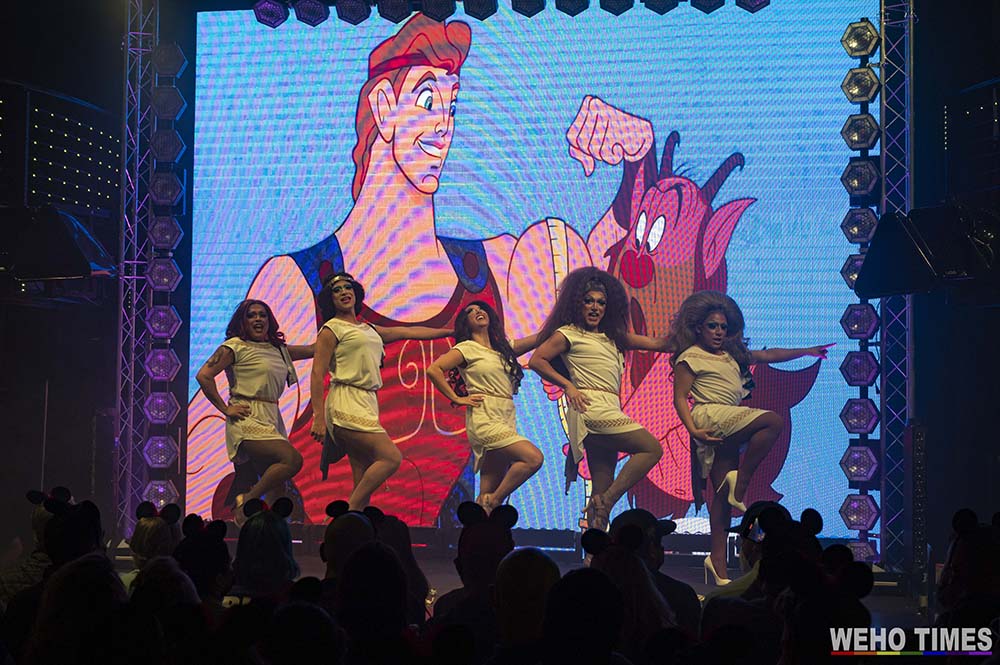 Co-owner Lance Bass was at the event and seemed to be in good spirits, saying he was happy the Heart of West Hollywood has finally opened.

Heart Weho is hosting a special private event on Saturday, February 5th for friends and family before their grand opening on February 11, 2022. 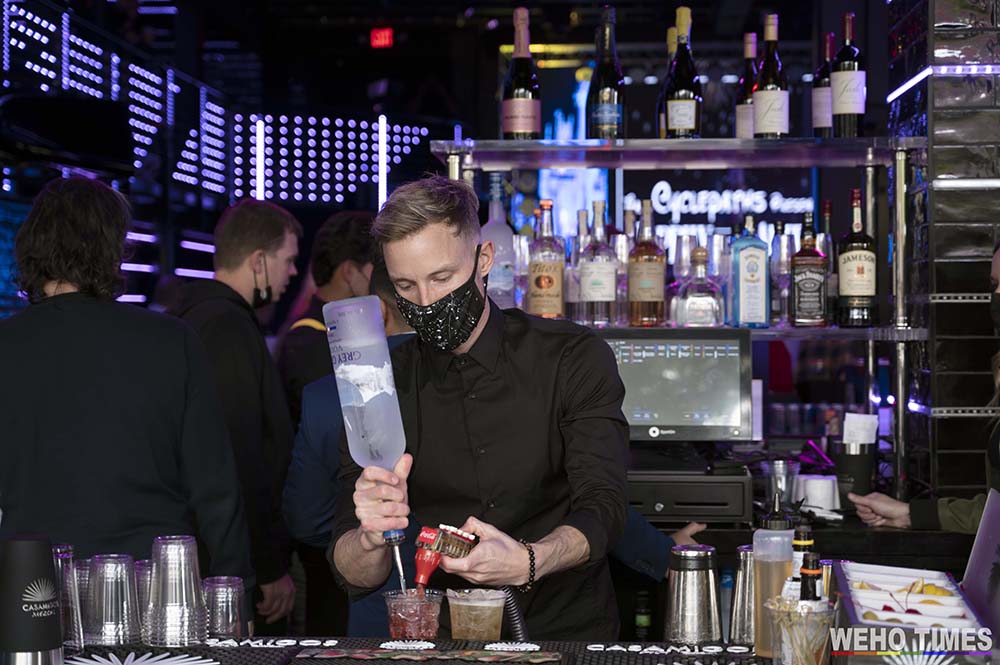 Such an extravaganza for the senses. My VVV-VIP invite must have gotten lost in the mail.