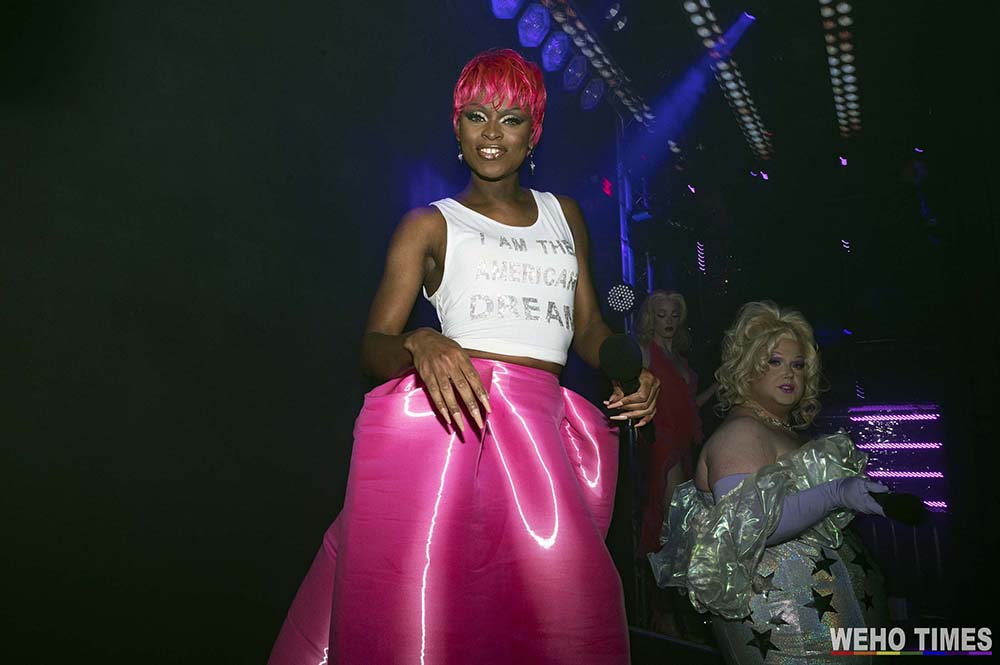 Gloss at Heart WeHo was standing room only and packed from wall-to-wall (VIP sections were available with bottle service for the extra elite). The event setup was part concert, part runway show with an elevated stage that stretched across the dance floor, so there wasn’t a bad standing section in the house.

The first night attracted other Drag Race legends who came out to support their queens. Bob The Drag Queen waved at adoring fans. Adore Delano was spotted leaning over the balcony. And Kandy Muse (who was runner up to Symone) stepped on stage to greet everyone in the audience towards the end of the show.

The Gloss drag show began with hostesses Symone, Gigi Goode and Grant Vanderbilt of the House of Avalon, warming up the crowd before Gigi took the stage. Miss Goode would later tell the crowd that performing at Gloss was the most fun she’s ever had performing in Los Angeles. 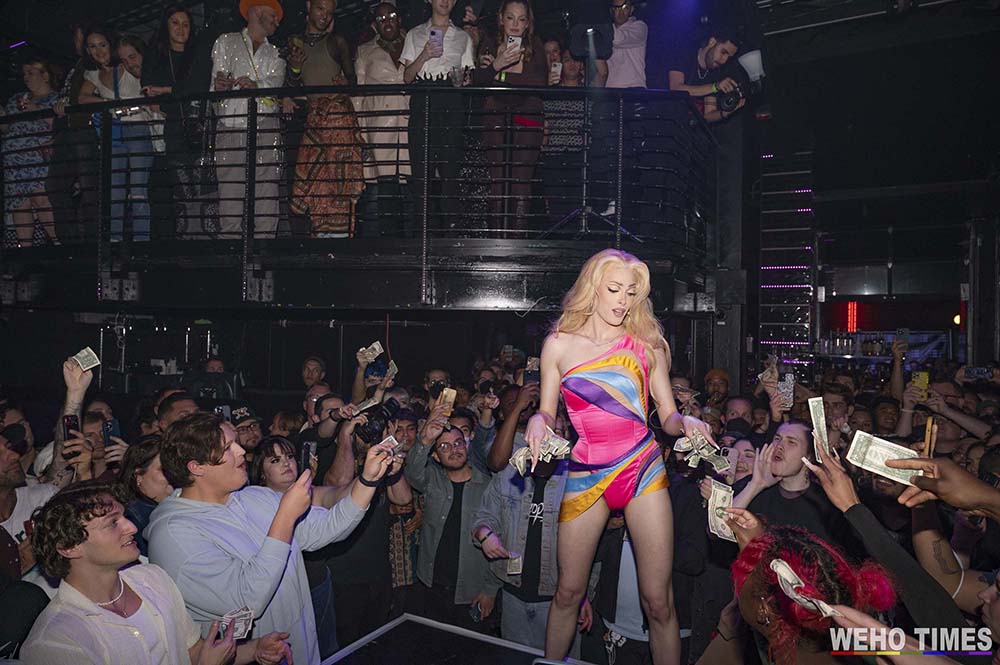 Aurora Sexton embodied the late Queen of Tejano music, Selena, for her first performance. She would follow up Selena with a showgirls number that had queens in the crowd screaming during her second act. 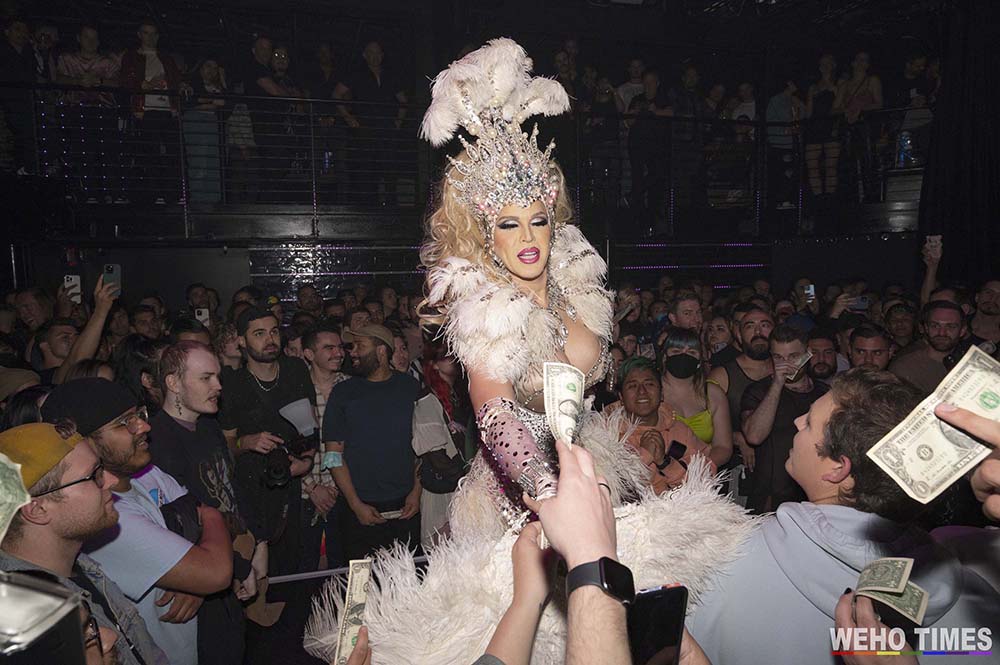 Miss Kornbread Jete appeared to feel much better from an ankle injury that took her out of the Drag Race competition, landing her in 12th place in the most current season of RuPaul’s Drag Race. She strutted, kicked and danced while the audience showered her with cash tips. Her first look was some sort of red lobster (watching her clutch wads of loose dollars with her claws is the essence of Miss Jete). Her second dress was a ruffled number that accentuated her curves.

However, the the crowd went absolutely insane for one lil queen known as Willow Pill. A current Drag Race fan favorite, Miss Pill strutted down the runway in a naughty/slutty school girl outfit (there was even a wig under a wig reveal). For her second number, she walked on stage in what can best be described as a Little House on the Prairie nightgown with a bonnet and everything, before ripping it off to reveal a barely there tuck in a pink rhinestoned bikini that was part Malibu Barbie and part GLOW Ladies of Wrestling–a signature Willow Pill moment. The crowd loved her and were very generous. 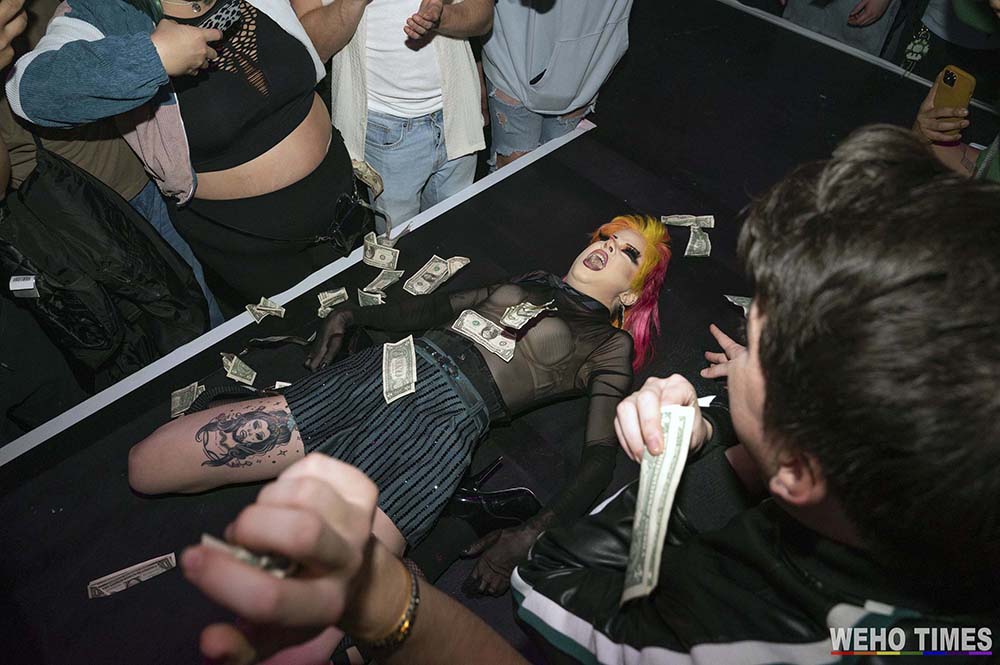 Gloss was billed as a concert style experience. There was even an intermission so that LGBTs and friends could get their drink on and take a breather from being packed in.

The show ended with a a show-stopping number by The Ebony Enchantress Symone, who gave us giant Diana Ross hair in an oversized yellow coat, before revealing something slinky underneath. The climax of her performance was the explosion of a confetti cannon that nearly blew her wig off–a perfect ending to a lively night. 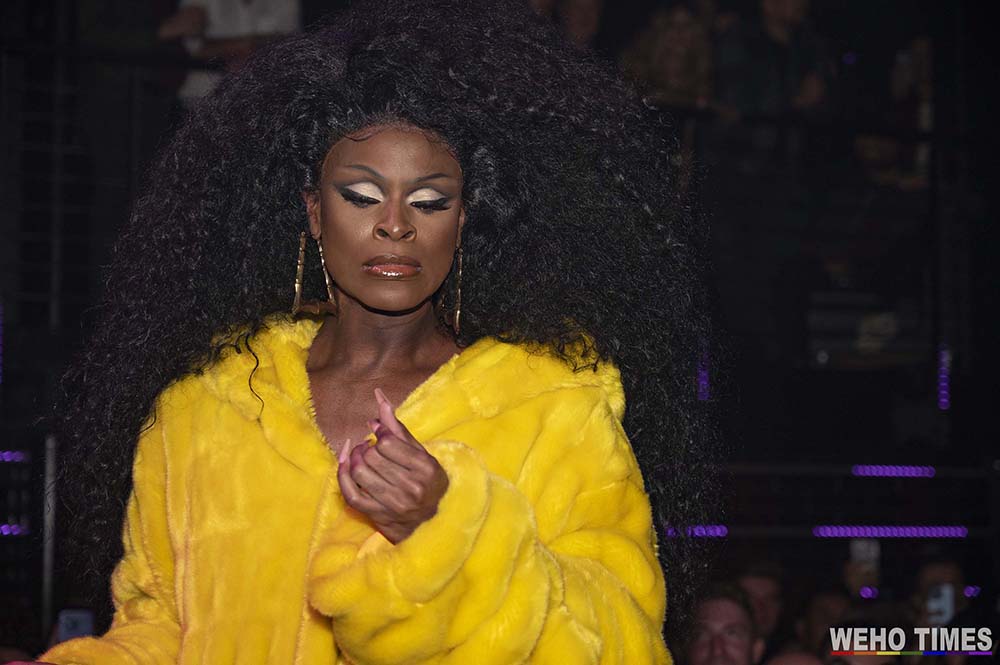 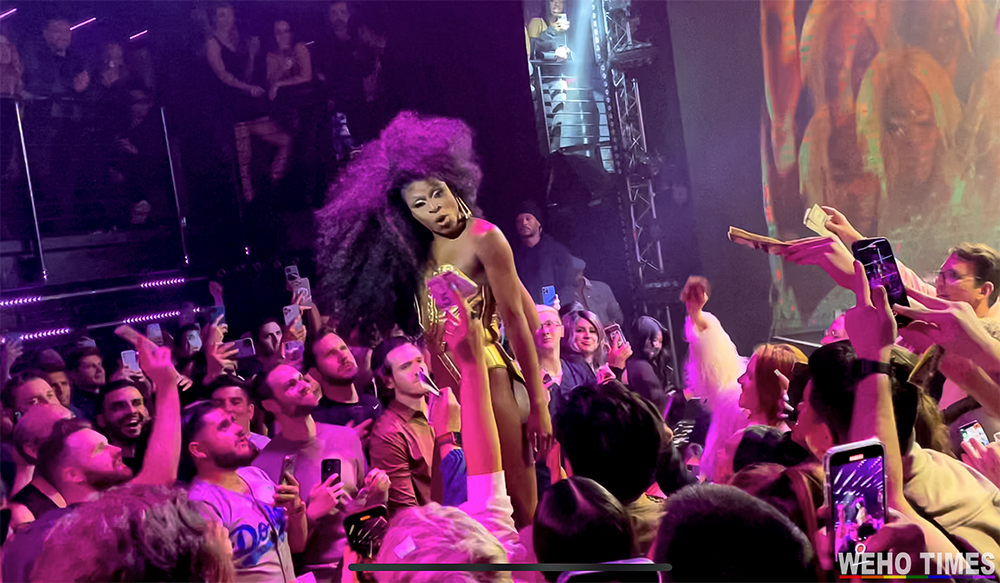 Heart WeHo’s Gloss Drag Show has a very tough act to follow every Monday night starting at 10 p.m.. The talent was top notch this week. Gloss also competes with Micky’s Showgirls WeHo, one of the longest running drag shows in West Hollywood.

For ticket information for next week’s Gloss, visit https://www.heartweho.com

A drag show?! That’s something new and different!