KTLA journalist John Fenoglio opened the Los Angeles Blade Monkeypox Town Hall meeting last night by stating that it was a gathering in the spirit of understanding and education. The panel discussion, cosponsored by the City of West Hollywood at the city council chambers, invited Monkeypox epidemiologists, community health experts and a patient who recently recovered from the disease.

The panel tackled various topics, such as current cases, prevention, testing and the government’s slow response to vaccine distribution rollouts, as well as its failure to engage LGBT organizations who are experienced in the field of serving the LGBTQ+ community.

The Monkeypox Town Hall was free to the public and well attended with plenty of local media lined up at the back of the room to document the discussion. Moderator John Fenoglio was well prepared and moved things along to ensure the meeting did not run past the two-hour window.

“The most important step we can do today is to show up for our community,” said Los Angeles Blade publisher Troy Masters. “We happily live in one of the wealthiest places on earth for LGBT community care. We have the largest network of community clinics for LGBTQ and HIV. I know that with their support and with the support of LA County Department of Public Health, we’ve got this.” 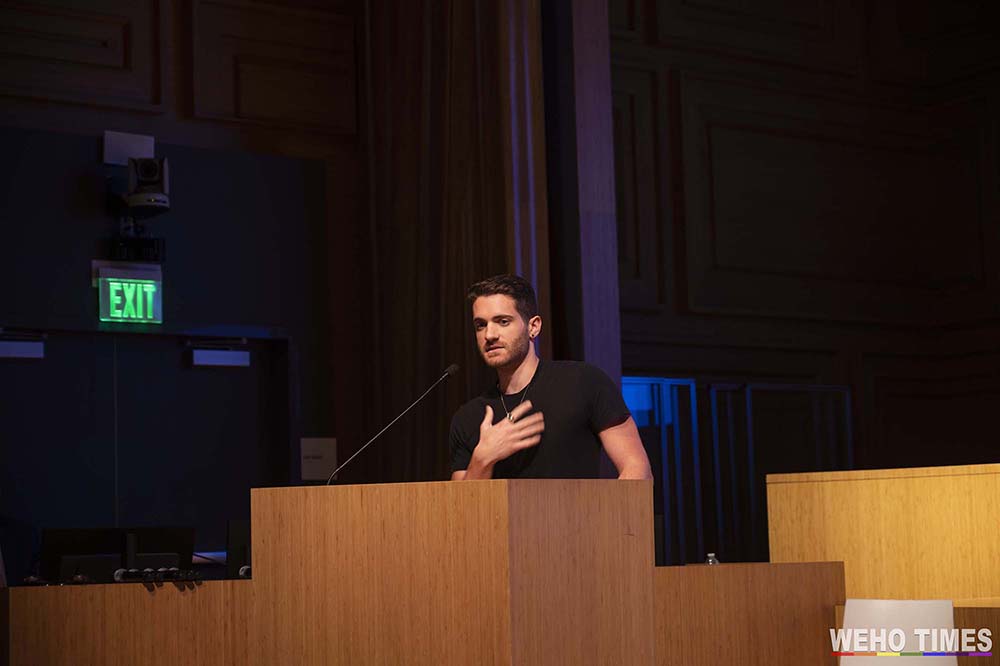 As public health officials track cases of monkeypox in the region, concerns about infection and access to vaccine, as well as confusion and fear, may cause concern among community members. Early data suggests that gay men, bisexual men, and other men who have sex with men (MSM) comprise a high number of cases of monkeypox virus. Anyone, however, in close contact with someone who has monkeypox is at risk. The Los Angeles Blade and partner organizations are hosting the Monkeypox Town Hall to help provide information, explain the science, and answer questions that people may have about the transmission of monkeypox and the experience of having it.

While the risk of contracting monkeypox is currently very low in the general population, the City of West Hollywood is disseminating information from the Centers for Disease Control and Prevention (CDC) and from the Los Angeles County Department of Public Health (Public Health) so that community members can be informed about what do to if signs of monkeypox appear. Monkeypox is spread by close physical contact (including sexual contact) with someone who has symptoms or by touching contaminated items, such as clothing and bedding. It can cause flu-like symptoms and/or a distinct rash that can be bumpy or fluid-filled on the face, body, genitals, arms, and/or legs. The CDC and Public Health officials urge anyone with a rash that looks like monkeypox to isolate from others and to speak with their healthcare provider.

The Town Hall was broadcastd live on Spectrum Cable Channel 10 in West Hollywood. It is available for viewing on the City’s WeHoTV YouTube channel at www.youtube.com/wehotv.

5 3 votes
Article Rating
Share
Facebook
Twitter
Email
Copy URL
Previous article
Too Hot for West Hollywood? Jennifer Lopez Bares All on The Sunset Strip
Next article
West Hollywood Rolls Out ‘Cover that Face’ Banners Regardless of No on Mask Mandate