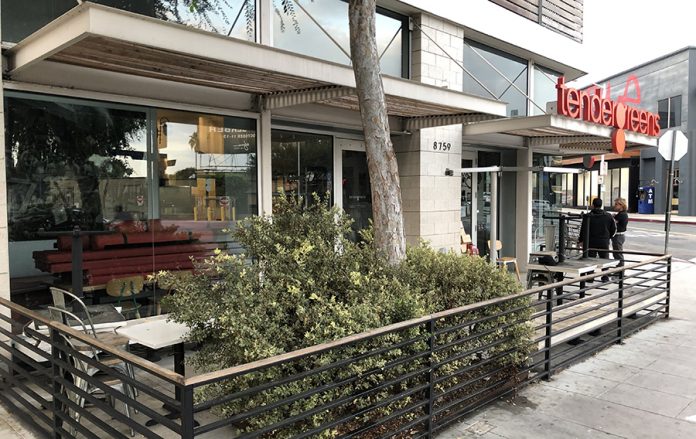 County of Los Angeles Department of Public Health shut down Tender Greens WeHo eatery for a second time this month due to vermin infestation, violation section 114259.1.

We reported here earlier that the semi-fast food chain was shut down on Tuesday, September 17, due to a vermin problem. Tender Greens management posted a note during its closure explaining the situation: “During a recent health audit, pest activity was discovered in an unused piece of equipment. Unfortunately, this activity was undetected, but we are working swiftly with the Health Department and our Pest Control Company to remedy this issue. We apologize for the inconvenience. This issue will be resolved within 24 hours.”

It took longer than 24-Hours to get the place up to code. Pest control workers could be seen working diligently to solve the issue for days. The restaurant remained closed through Saturday, September 21st.

It appeared to be business as usual after the re-opining, but that was short-lived, unfortunately. On Wednesday, September 25, County of Los Angeles Department of Public Health shut the restaurant down again, almost a week after its first closure for the same problem, violation section 114259.1. 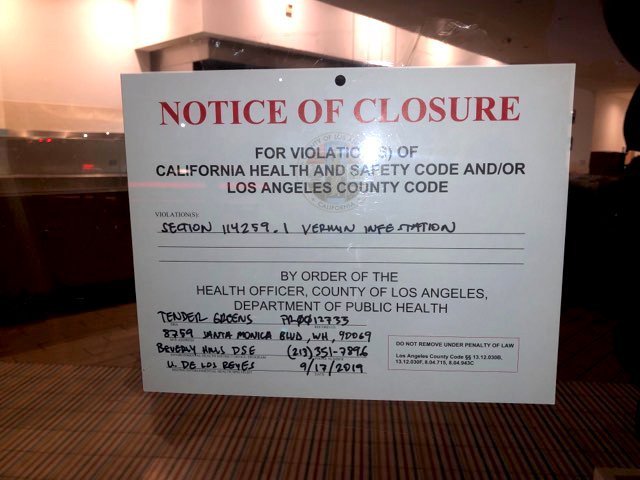 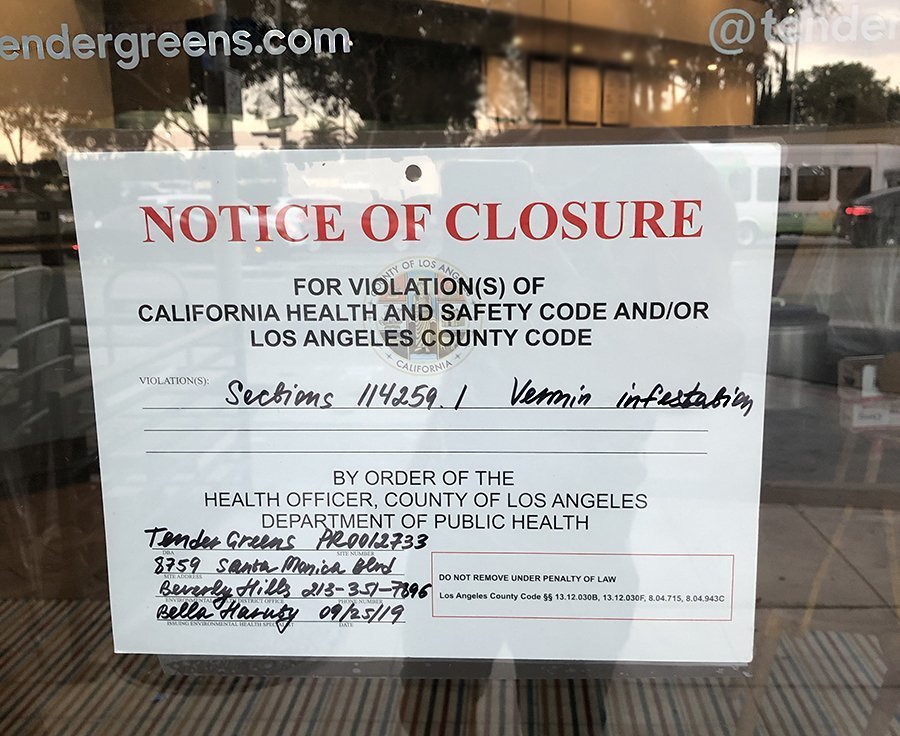 A second posting has gone up at the restaurant: “To our loyal guests. We will unfortunately need to temporarily close due to additional required building maintenance and repairs. We are still working closely with the Health Department to remedy this issue. We sincerely apologize for any ongoing inconvenience.”

County of Los Angeles Department of Public Health slapped Micky’s WeHo for vermin infestation this past Tuesday. A source tells us that Micky’s was shut down because three cockroaches were found inside the establishment.

Micky’s is scheduled to re-open tonight for Club Papi and Afterhours til 4am, with DJ Alexander.

According to the County of Los Angeles Department of Public Health, infestation (vermin) is defined as the presence of vermin within the food facility as evidenced by actual live bodies, fresh droppings or vomitus, urine stains, or gnaw marks, that could result in contamination to the food, equipment, packaging, or utensils.

The current signage Tender Greens suggests a temporary closure will again, take much longer than 24-hours.

Tender Greens WeHo opened on March of 2009. The Santa Monica Blvd. location inside the Hancock Lofts at Hancock Avenue, was the third Tender Greens location to open in Southern California (an additional location is in San Diego). The WeHo location made news for its eco-friendly design consisting of reclaimed and recycled materials used in the restaurant’s chairs, tables and other surfaces.

To find the location near you, visit tendergreens.com.