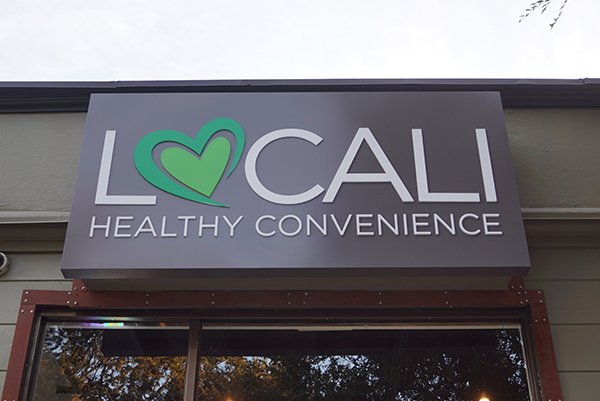 Locali is largest and fastest growing health-conscious convenience concept currently in the market, and the only franchised natural food store with a healthy and organic-based and “last meal worthy” deli menu.  The “healthy lifestyle” concept strives to empower customers to eat smart all day and make healthy dietary decisions.

Their menu, which features natural, certified-organic and locally-sourced ingredients; antibiotic and hormone free deli meats from animals that have been fed a vegetarian grain diet; and an array of vegan, vegetarian, and gluten-free options, was created by Greg Horos and Melissa Rosen, whose mission was to create an outpost for busy people to affordably eat healthy without sacrificing convenience or flavor. Menu items include fan-favorites such as the completely vegan “” (vegan sausage, soy-free cheddar, chipotle sauce, and maple syrup on a multigrain English muffin), which was named one of “LA’s 10 Best New Sandwiches” by Zagat; the “Vegan Brekkie Burrito,” voted by CBS as one of “The Best Breakfast Burritos in Los Angeles”; variations on the trending avocado toast, such as their “Briz” (house-made Brazilian nut cheese spread, tomato, arugula and balsamic dressing on sourdough). “Our goal is to change the way people think about healthy eating,” said co-founder Melissa Rosen. “We’ve been really successful because of our passion to serve customers amazing food that also helps them live better lives by choosing healthier options that are planet-friendly, without having to sacrifice flavor.  We’re excited to take this mission and unique food service model to consumers in West Hollywood.”

The announcement of the new location comes on the heels of the news that Locali has signed a deal with Fransmart, the franchise development company responsible for the explosive growth of brands like Five Guys Burgers and Fries, The Halal Guys, and Qdoba Mexican Grill, as their exclusive franchise development partner to grow the brand in new markets. The first Hollywood location of Locali, an innovative and healthy quick-service restaurant brand based in Los Angeles that enables consumers to access a curated selection of organic and natural food products on the go, opened in 2009, followed by Locali Venice and Localita & The Badasserie in Downtown LA.  In addition to Locali, West Hollywood opening in September, the

company is also planning on opening an additional location for their vegan fast food kiosk, Localita & The Badasserie, in Highland Park in 2018.  Locali serves an award-winning deli menu of soups, salads, sandwiches, snacks and smoothies.