HE SAID YES! Proposal Flashmob at WeHo’s PDC Gives All the Feels 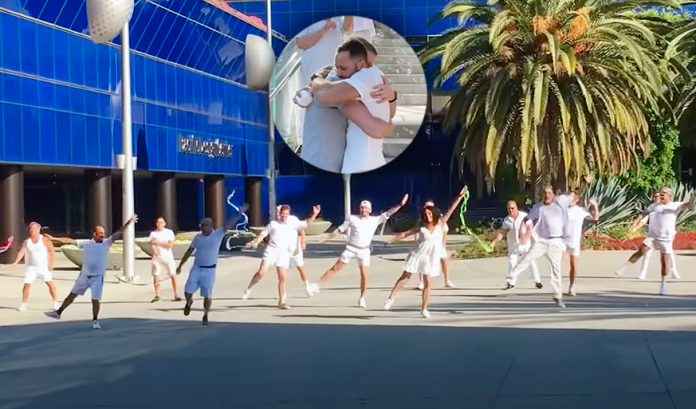 It was the love story that was not written by local media in July 31, 2021. It was also the proposal flashmob that almost didn’t happen at the Pacific Design Center courtyard in West Hollywood. However, with the help of family and friends (and someone in West Hollywood Government), Ethan Hall proposed to his fiancé-to-be Kyle Holtgren to the tune of “Marry You,” by Bruno Mars.

“Kyle is a Madonna SUPERFAN,” said Ethan on his YouTube channel of the event. “He believed that he had been chosen to participate in an ethnographic study for a Madonna exhibit that his friend J’Net was producing. His family was visiting from Maryland and so they decide to tag along and go to the study with Kyle. When they arrived at the Pacific Design Center, they were all escorted down to the ‘event’ by a ‘PA.’ After walking down the stairs, they stop to admire two people dancing. Once Kyle starts to recognize that the dancers are his friends, he realizes that they are dancing for him. His friends, family and soon-to-be fiancé have been planning and rehearsing for many months to create this magical moment that he will never forget. ✨” 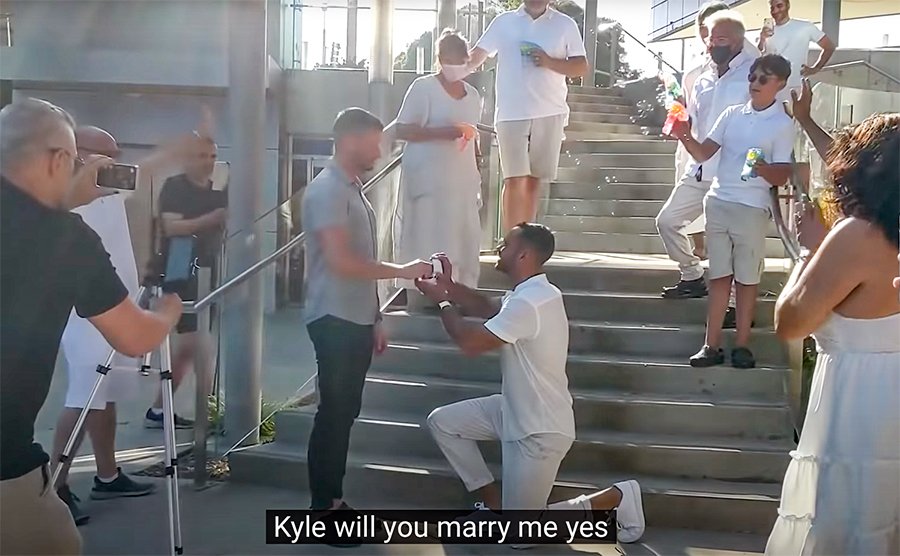 Ethan tells WEHO TIMES the proposal flashmob almost didn’t happen. PDC security is very strict about photos taken at the premises, let alone a full-on unauthorized performance. “We were fine up until the day of the actual flashmob,” he said. “They let us rehearse and didn’t bother us, but on the day of, they told us we couldn’t do it.”

He said that it took the help of some people in high places to make it happen. “Alex Mohajer, President of the Stonewall Democratic Club, called Sepi Shyne, the Mayor [Pro-Tem] of West Hollywood, and she called someone at PDC as a favor to us, and they decided to let us do it at the last minute. It was amazing. It was the most magical thing.”

Kyle was excited to see a Madonna art exhibit. He thought he may even have a chance to meet Madonna at the event. He had no idea what was about to unfold in front of him. Then he recognized his friends among the dancers, he heard the song, and he realized the flashmob was for him.

Click on the video below to see the proposal flashmob that took place in West Hollywood and HAPPY VALENTINES DAY! 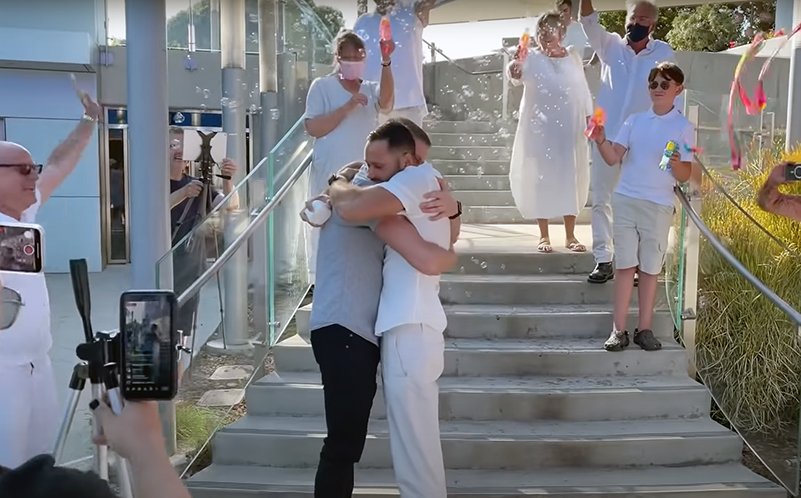 adorable. love how gay marriage is. simple as that. is.

There are only 30 days in April…….the 31st does not exist

This is such a great story. I loved reading and watching this and wish Ethan and Kyle a lifetime together full of love and happiness!