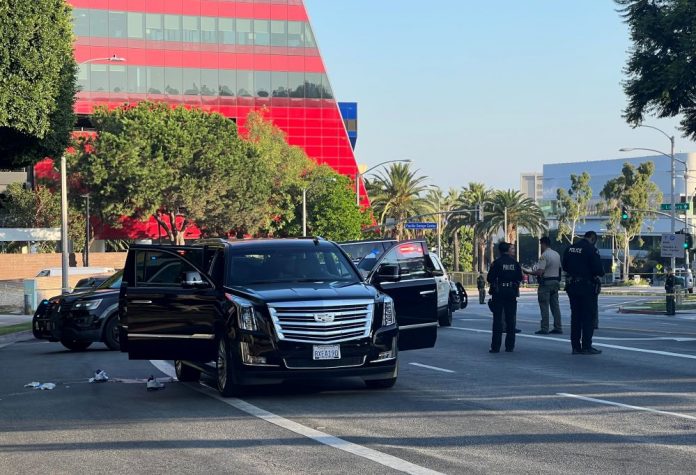 A gunshot victim was found in front of the West Hollywood Sheriff’s Station at San Vicente and Santa Monica Boulevards after being shot in Los Angeles. Los Angeles County Sheriff’s deputies responded to the scene where a black SUV Escalade with a broken window, several bullet holes, and a flat tire, was found not far from West Hollywood Park. The entire area was sealed off, causing major traffic jams during 5:30pm Friday night rush hour (it is not yet clear where the actual shooting occurred).

According to reports, Los Angeles County Fire Department paramedics were called to the scene and took the victim to a hospital in unknown condition. There was evidence of blood on the street and Air Jordan tennis shoes were strewn next to the vehicle. Updated information states the victim was dead on the scene. 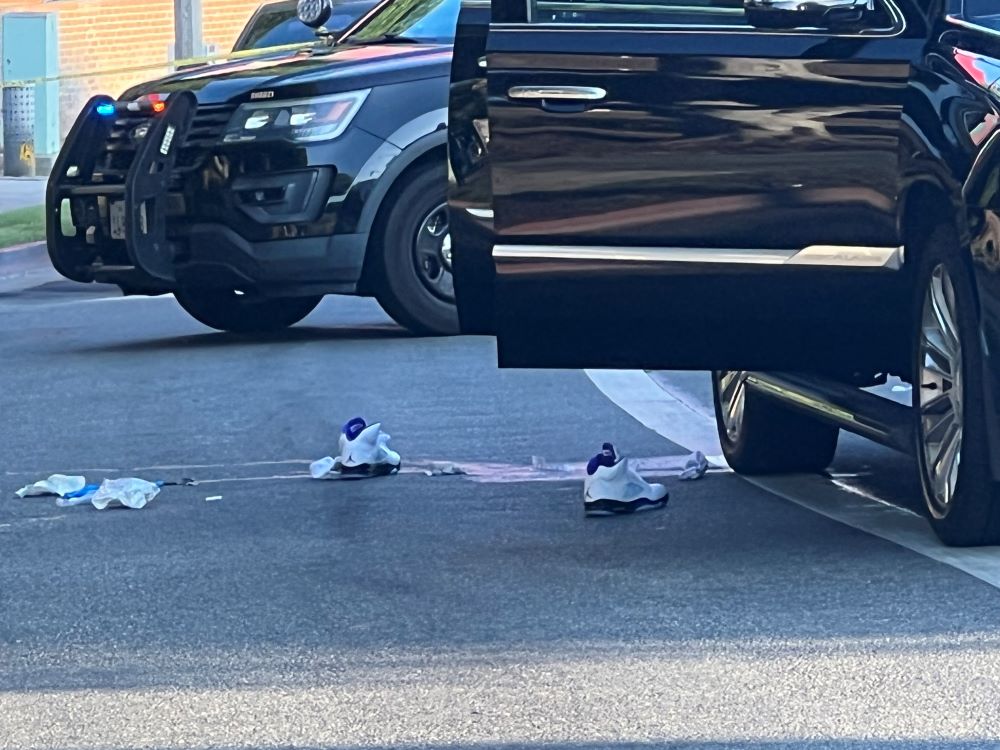 A witness says an altercation began in Los Angeles, possibly at the Mobil gas station at the northeast corner of La Cienega and Beverly Boulevards. It ended in West Hollywood at the Sherriff’s station, next to Rocco’s Restaurant where people were having a early evening drinks.

Los Angeles Police Department worked with Sheriff’s Homicide Bureau investigators to determine if the shooting victim was in fact related to reports of a shooting in the area of La Cienega and Beverly boulevards, near the Beverly Center, the LAPD received just after 5:25 p.m.

A witness says an altercation began in Los Angeles, possibly at the Mobil gas station and that it ended in West Hollywood at the Sherriff’s station, not far from West Hollywood Park. No shots were heard in the West Hollywood area according to witnesses.

Police helicopters and are looking for a suspect. Traffic is jammed on Santa Monica Boulevard and San Vicente along with neighboring streets.

That would explain the “ghetto birds” going in circles. A very depressing helicopter sound because I know something serious is going on 🙁