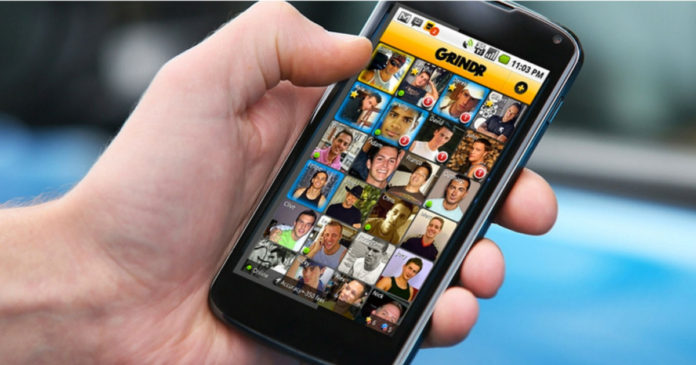 The West Hollywood based Grindr, a social networking app for “gay and bi guys to connect” (hook-up) is now completely owned and operated by a heterosexual, Chinese Billionaire.

Kunlun Group Limited, a Chinese video game company based in Hong Kong closed on its purchase of the remaining stake of Grindr LLC from founder Joel Simkhai.  Kunlun, one of the largest mobile gaming companies in the world, now has full ownership of the world’s largest gay social network.

Launched in 2009 by Joel Simkhai, Grindr is the largest LGBTQ mobile social network with over 3.3 million daily active users in every country in the world.

In the video below, Simkhai, a single gay man living in Los Angeles says he is a frequent user and launched Grindr out of a “selfish desire” to meet more gay men.

Not just a gay hook up app anymore, in August 2017 Grindr launched a new digital magazine, called Into as an online platform for LGBTQ news stories.  The goal is to spotlight the LGBTQ community as both a standalone publication and an extension of Grindr’s marketing department in an ongoing effort to reframe itself as a lifestyle brand.

“We want Into to give people an understanding of the gay world, from a global perspective,” the Grindr founder Joel Simkhai told Forbes in an interview at the time. “Personalized content that focuses on lifestyle topics but also politics, the positive elements and challenges inside our community.”

Headquartered in West Hollywood, California, Grindr employs a team of over 100 employees and is a Certified Transgender-Inclusive Business.

In January 2016 Kunlun Tech, led by its Chairman Yahui Zhou acquired 60% of Grindr for $93 million, valuing the company at $155 million.

Last year, Zhou, the billionaire Chinese owner of Grindr paid a staggering $1.1 Billion to his wife for a making their break up one of China’s biggest ever divorce settlements.

Grindr’s current vice-chairman Wei Zhou has been named as executive vice-chairman and CFO, and former Facebook and Instagram veteran Scott Chen will join Grindr as CTO. These appointments will be effective on January 5th, 2018

“I’m beyond proud of what we’ve built as a team and how Grindr has been able to make a meaningful and lasting contribution to the global community,” said Joel Simkhai, “We have achieved our success because of the strength and global reach of our community. I look forward to Grindr and Kunlun’s continued commitment to building tolerance, equality, and respect around the world.”

“On behalf of everyone at Grindr, we would like to thank Joel for his inspiration and service as the founder of Grindr, and wish him all the best in the future,” said Yahui Zhou, “Looking forward, we are extremely excited about the excellent work Grindr is doing in becoming a leading global technology company, serving and supporting our users no matter where they are in the world.”