Grindr President Believes Holy Matrimony is Between Man and Woman 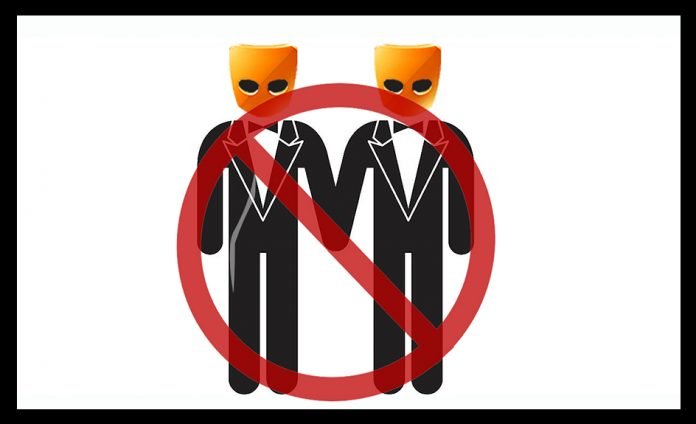 Scott Chen, the President of gay sex hookup app Grindr, is doing a backtrack dance after experiencing a backlash that only the gay community can give, when he revealed his own personal belief that, marriage is a holy matrimony between a man and a woman.

Chen became the president of Grindr after the gay sex hookup app was purchased by a Chinese gaming company. What started out as a defense for gay marriage where he criticized Christian groups that are fighting marriage equality, went south when he decided to throw in his personal feelings on the meaning of holy matrimony. “Some people think the marriage is a holy matrimony between a man and a woman,” he wrote on his Facebook timeline. “And I think so too. But that’s your own business. Some people think the purpose of the marriage is to have a child carries your DNA. But again, that’s your own business.”

The Guardian reports that Chen’s post was first written in Chinese, then translated into English and then completely removed from his social media after Into, a digital magazine that is owned by Grindr, published his remarks.

“The reason I said marriage is a holy matrimony between a man and a woman is based on my own personal experience,” he responded in defense of the Into article. “I am a straight man married to a woman I love and I have two beautiful daughters I love from the marriage. This is how I feel about my marriage. Different people have their different feelings about their marriages. You can’t deny my feelings about my marriage. I am a huge advocate for LGBTQ+ rights since I was young. I support gay marriage and I am proud that I can work for Grindr.”

Chen’s comments on same sex marriage were made in the heels of a major setback for LGBT couples in Taiwan seeking marriage equality. Voters in Taiwan recently rejected same-sex marriage in a referendum. LGBT couples were hoping their island would be the first country in Asia to let same-sex couples share child custody and insurance benefits.

Zach Stafford, editor of Into and Grindr’s chief content officer, told the Guardian that Chen’s comments were out of step with the app’s values: “Grindr’s goal as a company is to help seek the full equity of all LGBT people’s rights around the world, especially when it comes to dating and love. And marriage for many is an end goal to our app.”

Chen is based in Los Angeles. He criticized Into’s reporting in his response, calling the article “unbalanced and misleading”, adding, “It hurts my feelings and it also hurts Into’s and Grindr’s reputation”.