SPOILER ALERT! Shortly after Miss Symone was crowned America’s next drag superstar in RuPaul’s Drag Race Season 13, three of the four finalists were spotted on Santa Monica Boulevard in West Hollywood on Friday, April 23, 2021. Fan photos and videos show Gottmik, Rosé and Kandy Muse surrounded by an entourage of photographers as they strutted and posed for fans in WeHo’s Boystown / LGBT Rainbow District last night.

A video posted by Rocco’s WeHo shows our three newly elected drag royalty in good spirits and looking “gorge” while they stood on the corner of Santa Monica Boulevard and San Vicente Boulevard with a crew making sure they were lit for the surrounding iPhones.

But where was freshly crowned queen Miss Symone? Judging from their outfits, and from a photo posted on RuPaul’s Drag Race social media platforms, the three queens had just left the Season 13 winner to hit West Hollywood. Symone was probably tending to her new duties as America’s Drag Superstar with interviews and photoshoots while trying out her new crown.

RuPaul’s Drag Race Season 13 finale aired on VH-1 Friday night in what felt like one of the longest running Drag Races in recent memory.

After a virtual reunion with all the queens from the season, the Top 4 queens lip-synced for the crown to a Britney Spears-themed finale. A spinning wheel determined that Kandy Muse would go against Rosé (Rosé was recovering from injured ankle and it showed in her performance), and Symone against Gottmik. Everyone predicted Symone and Gottmik for the final two slots with a very possible first tie, but because of chance, Kandy and Symone were the last two queens standing.

A performance to Britney’s “Till the World Ends” determined this year’s Rupaul’s Drag Race Season 13 winner. Symone gave charisma, uniqueness, nerve and talent with two reveals, while Kandy kept it simple and practically walked backstage to pull out a Dominican flag. 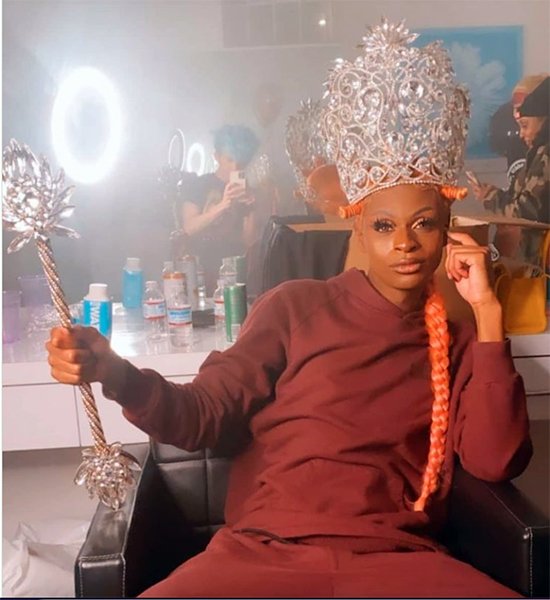 Rupaul announced Symone as the obvious winner (Lala Ri took $10,000 as Miss Congeniality). And the rest, as they say in the show, is drag queen herstory.