Strong winds wrecked havoc all over the Greater Los Angeles area this past weekend, and the city of West Hollywood was no exception. Winds knocked over a 100-year-old Eucalyptus tree last night, which fell on the historical plantation house known as Tara, located at 1343 N. Laurel Avenue, just north of Fountain Ave.

“I was walking Mr Buttons this morning, when I noticed they were closing the front gate at Tara,” West Hollywood resident Brian Hamilton told WEHO TIMES. “I saw this gigantic Eucalyptus tree had fallen on the house. Luckily it hit a couple of the skinny tall trees, which broke the fall. I don’t think it damaged the house significantly, but it fell to the south. Those eucalyptus trees, I remember reading, were planted when the house was built around 1914, so those are 100-plus-year-old trees.”

According to Hamilton, a clean up crew was quick to respond.

“They got there wicked fast,” he said. “By the time I got back home to get my phone, so I could take a few pictures, there was already a truck up there and they were already beginning to assess the situation. The guy who was there said it must’ve happened overnight.”

Hamilton says when he walked Mr. Buttons the previous night, he didn’t see anything unusual as he walked by the park.

Eucalyptus trees are not known for their sturdiness. A large tree fell on a wedding party in Whittier, California, back in 2016 , killing one person and injuring at least five. The wedding party was taking photos when the tree came crashing down in Penn Park.

Tara was nicknamed by longtime owner and resident Elsie Weisman for its look of a grand Southern Manor. Her favorite movie was Gone With the Wind. 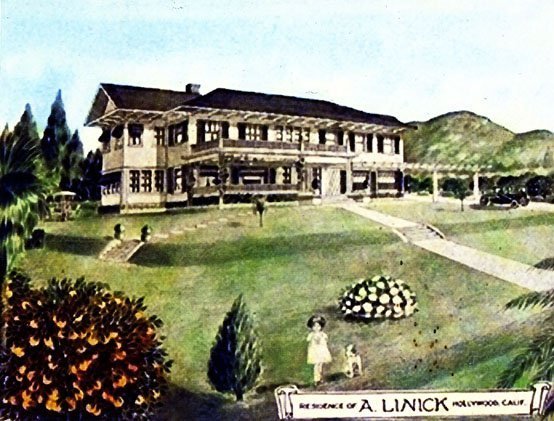 Tara was designated a local cultural resource in 1994. Weisman believed that the designation would preserve the property and donated Tara to the City, instead of her family, in the belief that her property would become a cultural/community center and Park.

The Property is physically unique in its low-density design along this block of Laurel Avenue. It is within a Historic district and on the State list of Cultural Resources. There is nothing else like it left in West Hollywood.