Home Cannabis How To Get Your Fix On Route 66: West Hollywood Approves New... 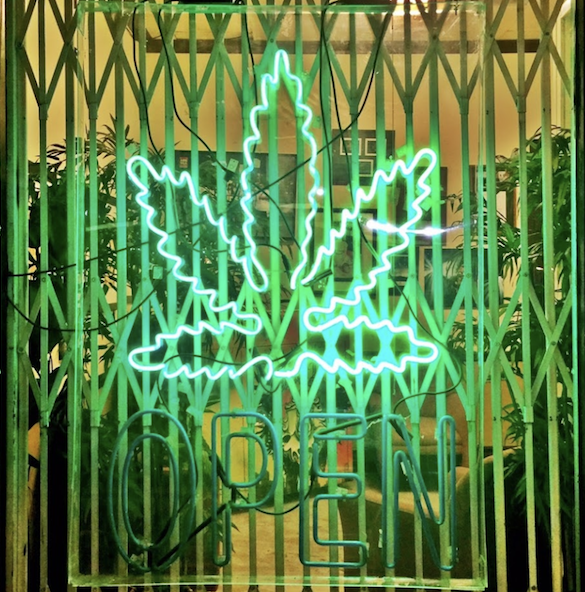 A point-based system will determine which business will receive licenses. The system will take into account a number of factors, including operating procedure, store security features, previous marijuana industry experience, and ability to comply with state, local, and federal employment policies.

City Council did not reach an agreement on the exact procedure in which applications would be reviewed. One proposal would create an evaluating committee composed of three or more members with experience in city government and the cannabis industry.

During Monday’s meeting, councilmembers also voted to reject a requirement that would have required at least two people to be in any vehicle transporting marijuana to customers. The proposal was rebuffed on the grounds that it would unfairly and drastically increase payroll costs for the businesses.

The city of West Hollywood was told to have its own ordinances in place regarding the sale of recreational marijuana before January 1, 2018, or it would give up its responsibility of the issue to state jurisdiction.

City Council expects to receive up to $300,000 in additional sales tax revenue yearly from the cannabis business in the region. In addition, over $400,000 dollars in fees are expected to be raised by the license application process.

Proposition 64 details how California will regulate and tax the growth, sale and transportation of marijuana for recreational use.

Californians will be able to possess and grow marijuana but people will not have a place to legally buy recreational (non-medical) marijuana until stores are licensed —  the state has until Jan. 1, 2018, to begin issuing retail licenses. State officials estimate it could take up to a year to determine the regulations that will be applied to those who grow, transport, and sell cannabis.

BEFORE YOU LIGHT UP

According to the Los Angeles Times, the following are the 10 things you need to know about legalized pot in California:

1. You’ll have to be an adult to legally smoke pot.

The Adult Use of Marijuana Act, the initiative would allow people who are 21 and older to possess, transport and buy up to 28.5 grams of marijuana for recreational use.

You won’t be able to light up a marijuana joint on the sidewalk or in a bar. Under the ballot measure, marijuana still cannot be smoked in public places, unless it is allowed by a local ordinance.

3. Want to smoke marijuana in public? There’s a fine for that.

People busted smoking marijuana in public can expect to face a fine of up to $100. Those caught smoking pot in a place where tobacco smoking is prohibited or near a school can be fined up to $250.

4. Kids will not be able to buy pot under Proposition 64.

Proponents of Proposition 64 say the ballot measure was written to keep pot out of the hands of minors.

5. You won’t see commercials for weed on TV.

The initiative would bar the marketing of marijuana products to minors, which means ads would not be able to use symbols, language, music or cartoon characters aimed at appealing to those who are underage.

6. If you want to sell weed, you’re going to have to tell the state.

Want to open a pot shop? You will need a state license. Want to grow marijuana for others? You’ll still need a license.

7. If you sell pot, you’ll have to abide by state rules and regulations.

Who is in charge? A state Bureau of Marijuana Control inside the state Department of Consumer Affairs would be given the job of creating, issuing, renewing and revoking state licenses for the transportation, storage, distribution and sale of marijuana.

8. Selling pot without a license will come with penalties — fines and jail time.

Selling marijuana without a license can result in a misdemeanor charge with penalties of up to six months in jail and $500 in fines.

9. Marijuana will be taxed by the state — and possibly by cities and counties.

Proposition 64 would allow the state to impose a 15% excise tax on the retail sale of marijuana. In addition, the state would be able to levy a cultivation tax on growers of $9.25 per ounce for flowers and $2.75 per ounce for leaves.

10. California could make lots of money on pot sales. Here’s how it could be spent: