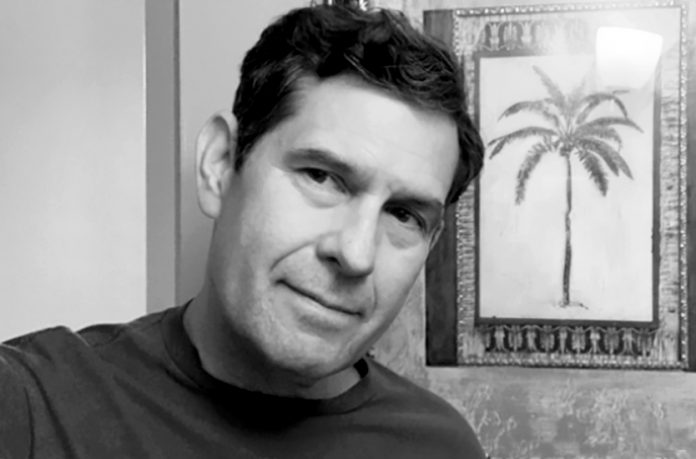 Gay political journalist, Thom Senzee died earlier this week in Palm Springs. According to sources close to his family, his time of death is believed to be late Monday night, March 21st, or early Tuesday morning, March 22nd. He was living with a friend as he prepared to move to a new apartment in Palm Springs. His body was found some time on Tuesday according to sources. His temporary roommate says he heard a loud thud Tuesday morning, which he attributed to Senzee’s cat. The cause of his death is not yet known. His sister is waiting for a coroner’s report. He was 54 years-old.

Thom Senzee was an award-winning veteran journalist for close to 30 years. He was the founder and moderator of LGBTs in the News. His works include several articles in WEHO TIMES, that included coverage of Ed Buck in relation to the death of Gemmel Moore. He was a Huffpost signature blogger, and author of the All Out Politics syndicated column. Former editor-in-chief of LGBT Weekly and world news correspondent for The Advocate, he has also served as law reporter for the Los Angeles Business Journal’s Valley edition, and was featured in OUT Magazine, The Washington Blade and The Fight Magazine. Thom served on the board of directors of the San Diego Press Club, and was the organization’s Professional Development Committee chair. He was also a member in good standing of the Society of Professional Journalists, the Los Angeles Press Club and the National Lesbian and Gay Journalists Association.

His LinkedIn profile describes him as an experienced-trained journalist with a passion for the trade and its role as the Fourth Estate and protector of the U.S. Constitution. He specialized in investigative reporting, politics reporting, law-and-justice news and features, live-panel moderator, blogging, research, business news, tech and health care news. His LGBTs In The News featured a nationwide live-discussion panel series, which earned him an “ELGY”​ award which honors allies of the LGBT-equality movement annually.

“I admired, respected and learned so much about journalism, compassion and ultimately life from Thom Senzee,” said Marco Colantonio, founder and former editor of WEHO TIMES. “He was a talented journalist who respected the truth, a caring, and insightful friend and perhaps the most decent guy I’ve ever met. It was a privilege to have worked with him, an honor to be his friend and humbling beyond words to hear him refer to me as his Publisher. The world is a better place for your voice and kindness.”

Thank you so much The West Hollywood Times for this beautiful tribute acknowledging the contribution Thom gave to our community. As you mention in this piece he wrote for a long list of publications and not one has mentioned his passing. That is shameful. To know Thom was to love him and he will missed very deeply by those whose lives he touched. Be with the angels my friend.

May Thom Senzee Rest In Peace. In times like this his voice and pen will be sorely missed. Thom was one the very good ones.