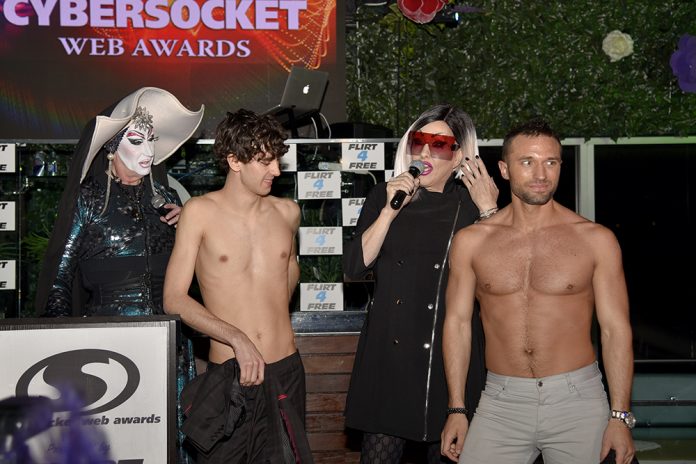 Each year, the Cybersocket Web Awards show joins with gay adult film stars, fans and adult industry executives to honor the very best in gay adult entertainment. Outstanding websites are recognized for their achievements in both “Surfers’ Choice” and “Industry Choice” categories. The event honor individuals and companies for being technological entrepreneurs, agents of free expression, and innovators in gay online media and entertainment. 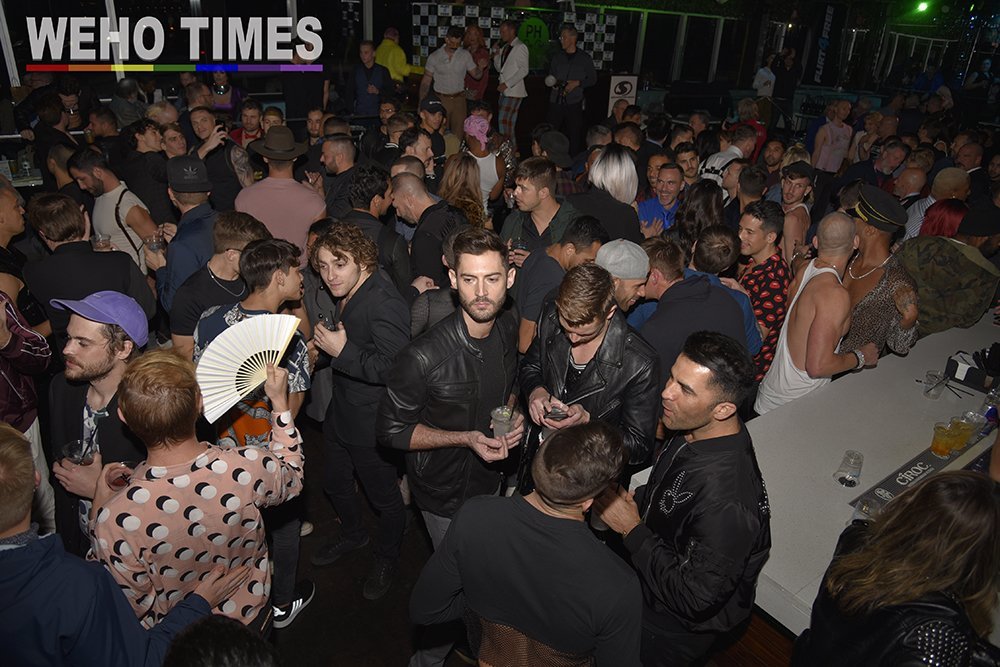 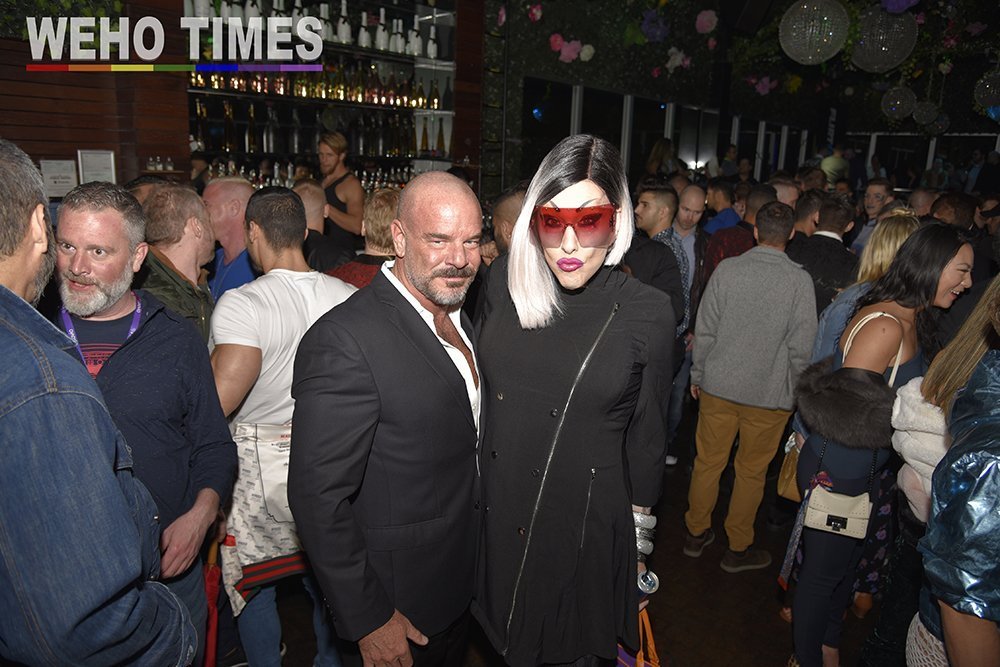 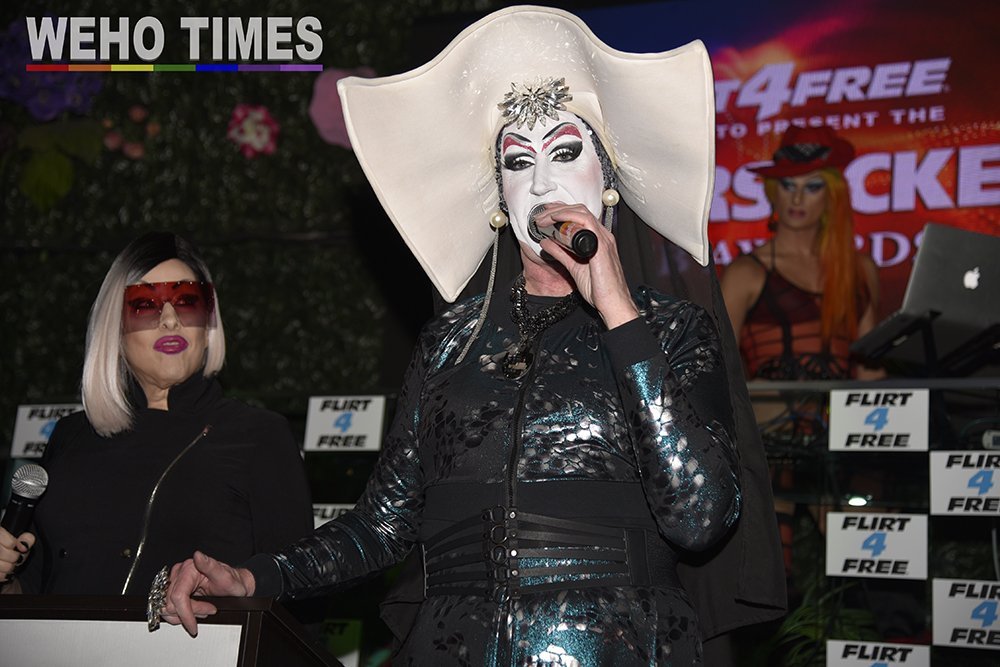 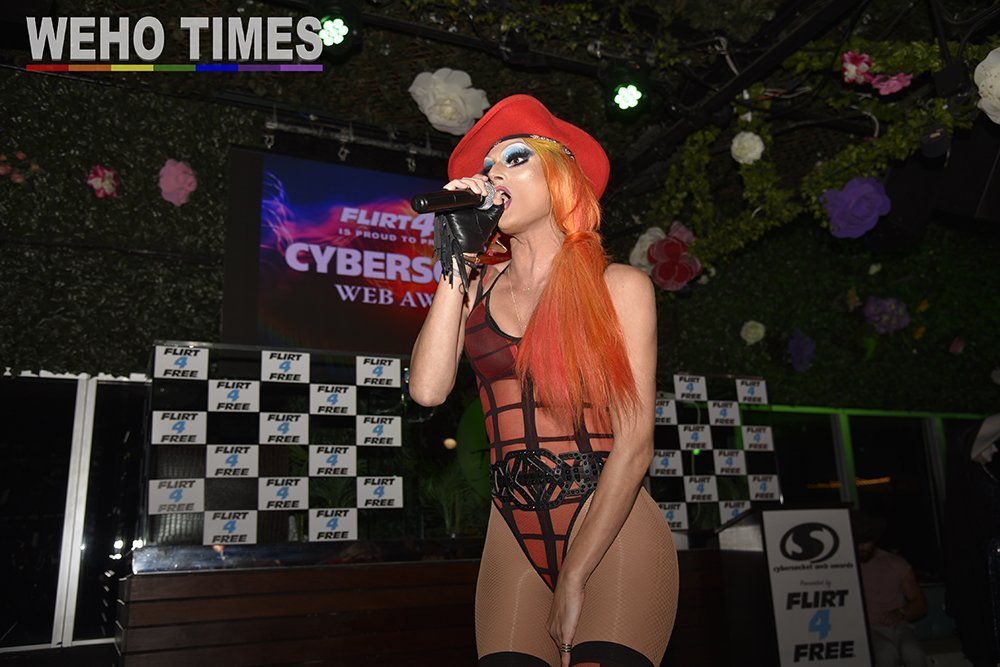 The event was presented by Flirt4Free. It began with red carpet interviews by award-winning director, videographer, photographer and proud perv, mr. Pam. The awards presentation was co-hosted by the legendary Chi Chi LaRue, alongside The Most Photographed Nun in the World, Sister Roma. Trophies were distributed by trophy boys, Paul Delay of French Twinks, and the studly Colby Tucker of Raging Stallion. DJ Drag Queen Rhea Litré, provided the music as well as live entertainment.

A big winner that night, was adult film actor, Wesley Woods, who took the trophy for Best Webcam Performer. Woods was in good spirits the entire evening. He popped open a bottle of champaign and shared it with the closest people nearest to him. His celebratory mood was a complete contrast from this past August 8, when a bruised Woods took to his social media to share about how he and his best friend were attacked in West Hollywood. He said they were attacked for being gay. 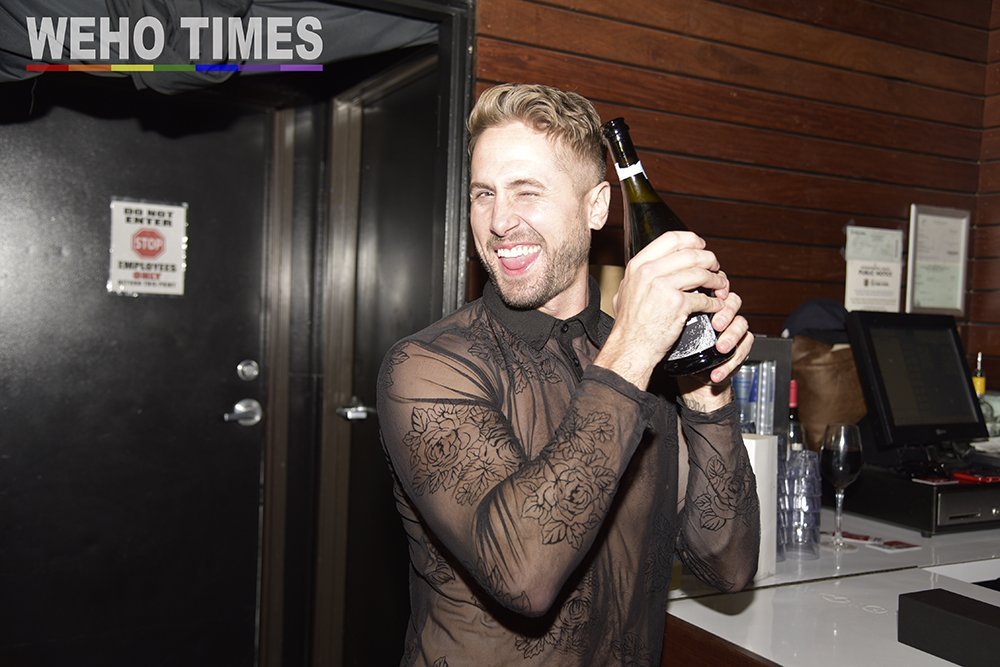 Admission to the Cybersocket Web Awards was free to attend and open to the public. As in previous years, attendees walked away with gift bags containing goodies provided by several of the event’s sponsors.

The is produced annually by Cybersocket Magazine–a locally-owned and operated LGBTQ Magazine found in 1997 and based out of West Hollywood.

For a list of categories and winners of the Cybersocket Web Awards, visit http://www.cybersocketwebawards.com/index.php.