Is Coco Queen Rotisserie Chicken in WeHo closing for good? That’s the question many West Hollywood residents are asking, as the French rotisserie chicken eatery appears to be abandoned for the past two weeks without any posted notice.

Several clues suggest Coco Queen has joined other businesses that have a hard time surviving on Santa Monica Boulevard in the heart of West Hollywood after a short lifespan. Delivery attempt notices are currently stuck on the doors of the restaurant specializing in French rotisserie chicken. The dying greenery outside looks like it is in dire need of care and faulty wiring makes their signage flicker at night, even though the the eatery has been open for less than two months. Yelpers have have also reported the business as closed. 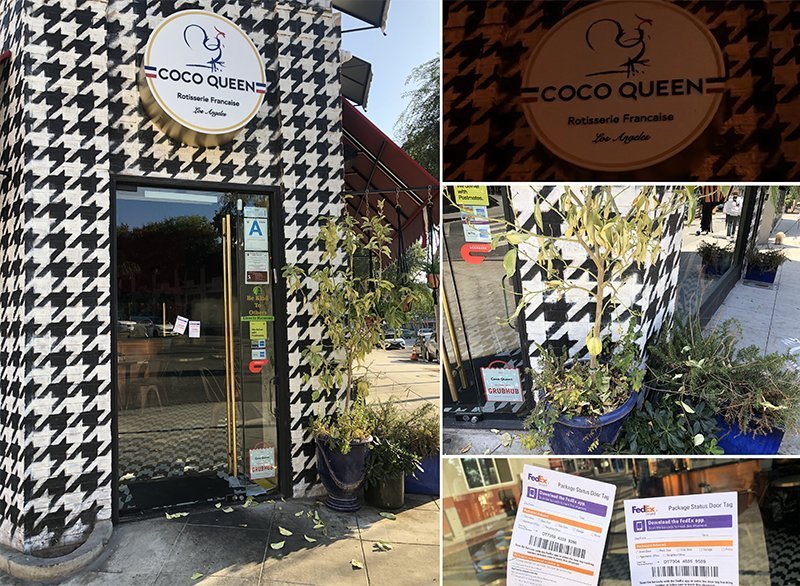 If Coco Queen is in fact permanently closed after only being open for a few months, it won’t be the first WeHo business with a short lifespan. Another business that closed after being open for less than a month was the 85°C Bakery Café WeHo, located across the street and a few doors down from Coco Queen. The bakery had its official opening on April 12 and by May 15, the baked goods were cleared away and the space has been empty since. It closed around the same time that Coco Queen had a soft opening in mid-May.

It appears that Coco Queen did everything it could to set itself up for success. Owners Angelique and Nathalie invested on a mural that read “I heart West Hollywood” with the hashtag #26cocoqueen on the side of the building located on 8700 Santa Monica Blvd., and back in August 2018, the entire exterior was painted in a sharkstooth pattern to attract attention. The Owners also joined the West Hollywood Chamber of Commerce to introduce themselves to the business community in June.

“The environment we hope to make is like you’re in France,” Nathalie told WEHO TIMES at a WHCC mixer on May 29. “Also we wanted to create a food that gives you a feeling of home cooking, so that was very important to us, to make it a family and home cooking. So we used our grandmother’s secret recipe. The Coco Queen is only place with our taste. You won’t find it anywhere else.” 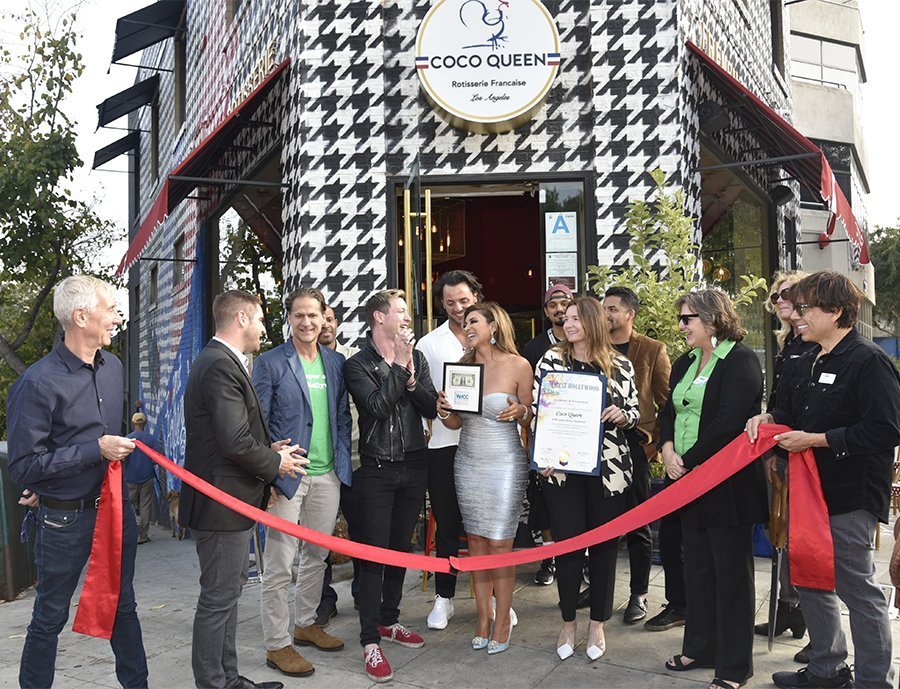 The restaurant even received the red-ribbon-cutting-ceremony treatment on June 4th to celebrate their grand opening. A then newly sworn-in mayor John D’Amico presented Coco Queen with a Certificate of Recognition presented by the West Hollywood City Council to welcome the business to the city.

So what went wrong?

Coco Queen customers immediately took to social media and to Yelp to complain about the pricing, which was deemed too high.

“The biggest problem right now is the quality-to-price ratio,” wrote Yelp reviewer Max S. “LA is filled with a plethora of restaurants serving great chicken, especially of the fried chicken sandwich variety. Tonight I tested out this new spot in the neighborhood, ordering 2 crispy burgers (fried chicken sandwich) and a large fries. With tax and a small tip, this came out to $60. The chicken burger cost $18 plus tax. Even if the quality of the chicken burger was outstanding, it could never justify the cost in the current market of the locale.”

A new menu was created and pricing was adjusted in response to the feedback weeks after its opening.

“I want to thank you for visiting us in our first few weeks of opening. We have heard the feedback about our pricing and are actually launching a BRAND NEW MENU [sic] featuring more options and adjusted pricing starting Wednesday 6/26,” Coco Queen manager Nicholas James wrote on Yelp in response. “We would love to invite you back in to experience our new menu. We promise you we hear all of the feedback and working on making changes to make us your little Parisian home away from home.” 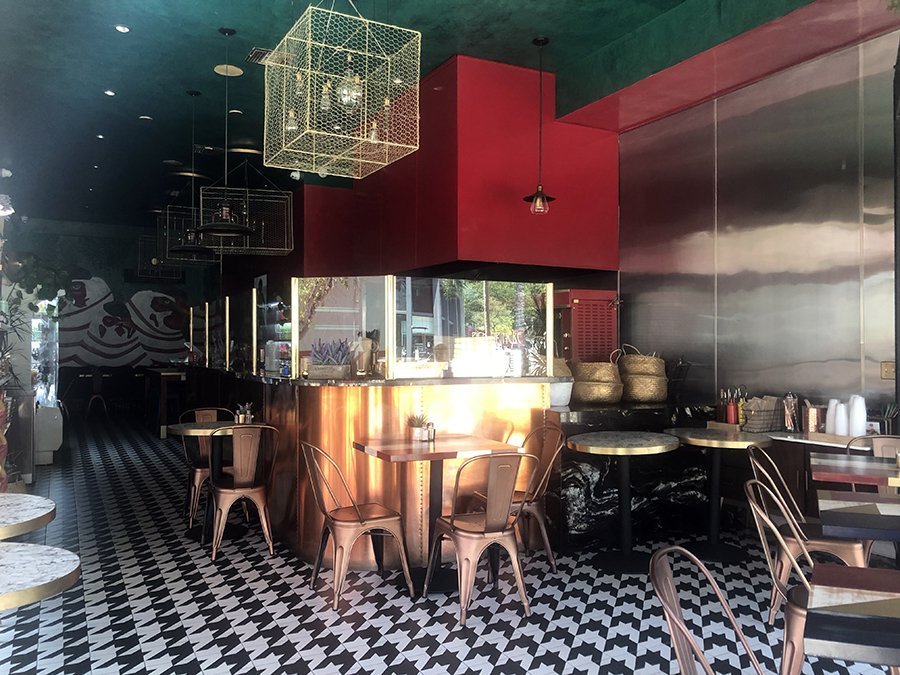 Eyewitness report that the establishment did not garner much traffic despite the new menu and new pricing. Many say the lack of parking in the vicinity did not help them stay in business. We ran into a potential customer outside of the restaurant who said it took her a half-hour to find a parking spot close by, only to find out that the place was closed. She was upset that the restaurant is marked as open on their website and there is no notice letting customers know whether the business is closed for good.

WEHO TIMES spoke with a member from the restaurant’s nightly cleaning crew last week, who said they’ve been told they may lose the account because the restaurant may be permanently closing, but nothing has been made certain.

Several calls and text and email messages have not yet been returned regarding the future of Coco Queen as of the publishing of this piece.