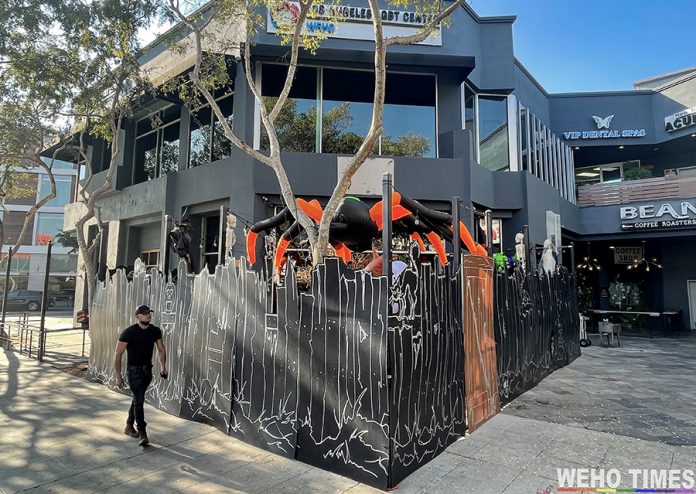 A Fubar Halloween pop-up is coming to the City of West Hollywood. On October 16th, Fubar announced it would be hosting a special Halloween party pop-up for Halloween weekend. We can report that the special pop-up is taking place at the old Gym Sportsbar WeHo space at 8737 Santa Monica Boulevard.

“How about some FUBAR Halloween Fun!” Reads a post on Fubar’s social media platforms. “We’re having a FUBAR POP UP, Halloween Weekend Giant Party. YES! We will be checking VAX Cards and/or a Negative Covid test within 24 hours of the event.” 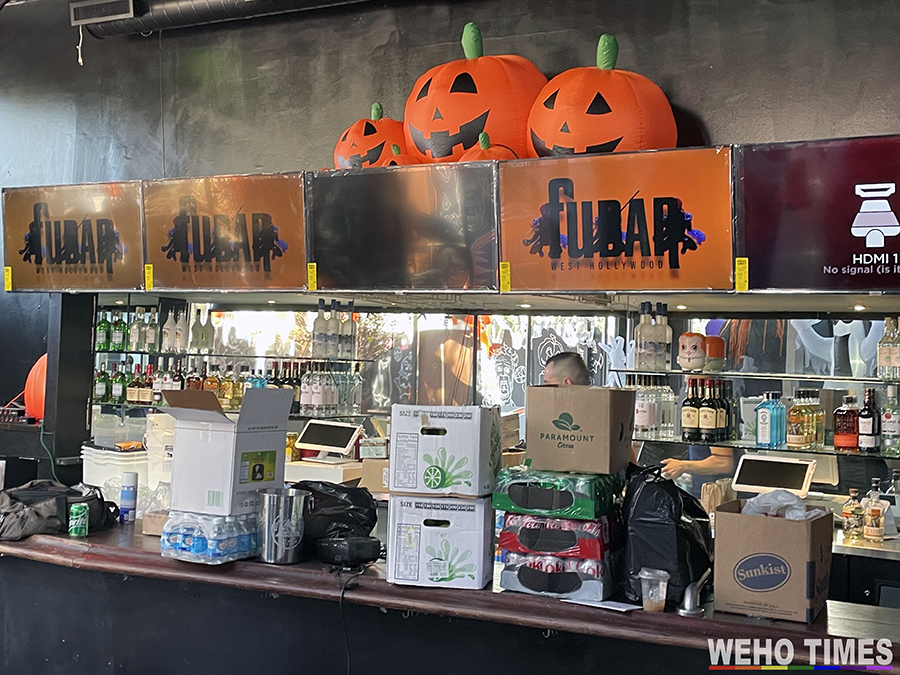 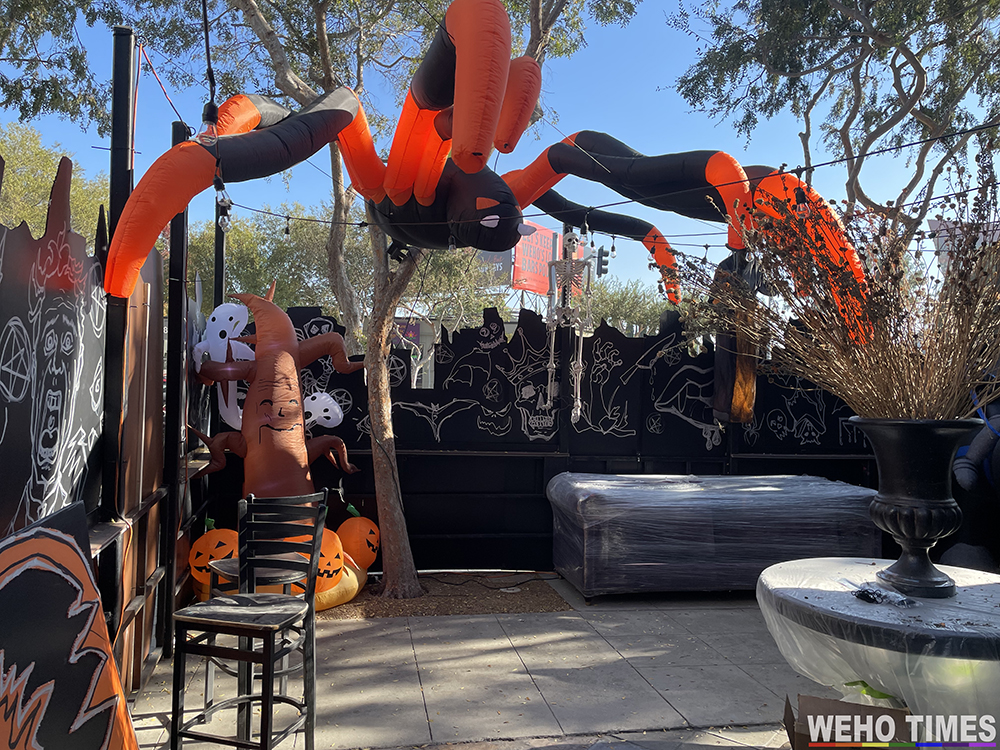 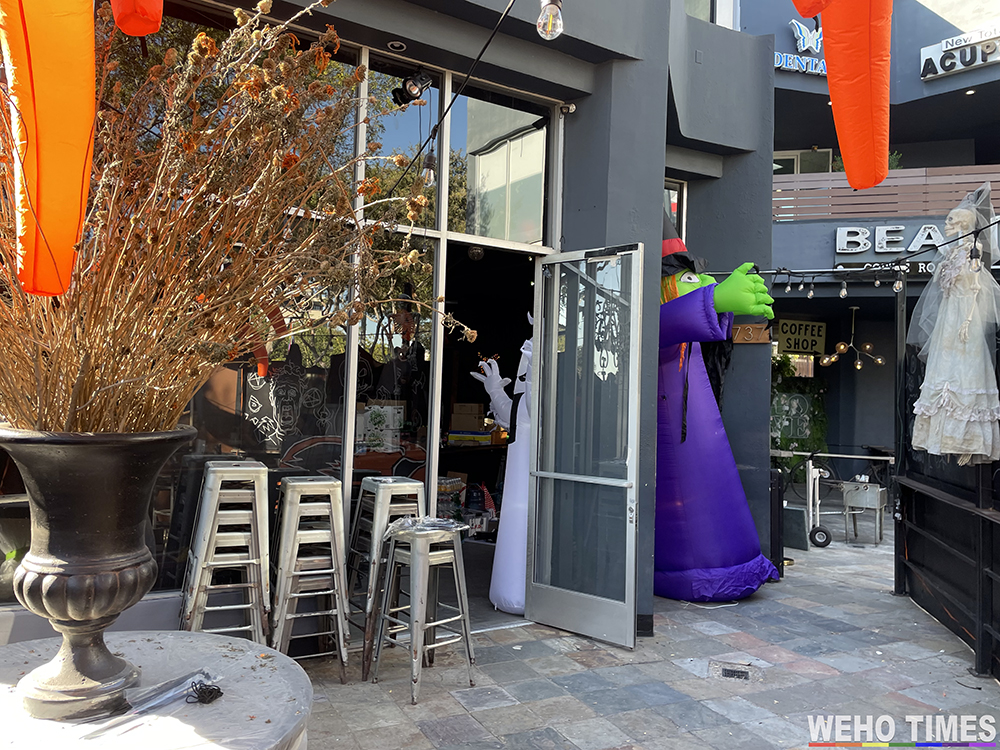 The Fubar Halloween pup will run on:

Friday, there will be a Sexy Halloween contests with a $300 cash prize, hosted by Rojo Guadz and Billy Francesca.

The chance to RSVP closed at noon today, “But if you know, you know,” reads a post, which could mean that there might still be a chance to get inside if you’re not on the list.

We can confirm the location because Halloween decorations have gone up at the old Gym Sportsbar space. Workers were hard at work stocking up the bar with lots of booze and putting together some finishing touches to the Halloween decor in preparation for tonight. The Fubar logo is playing on the TV screens, which was a dead giveaway. 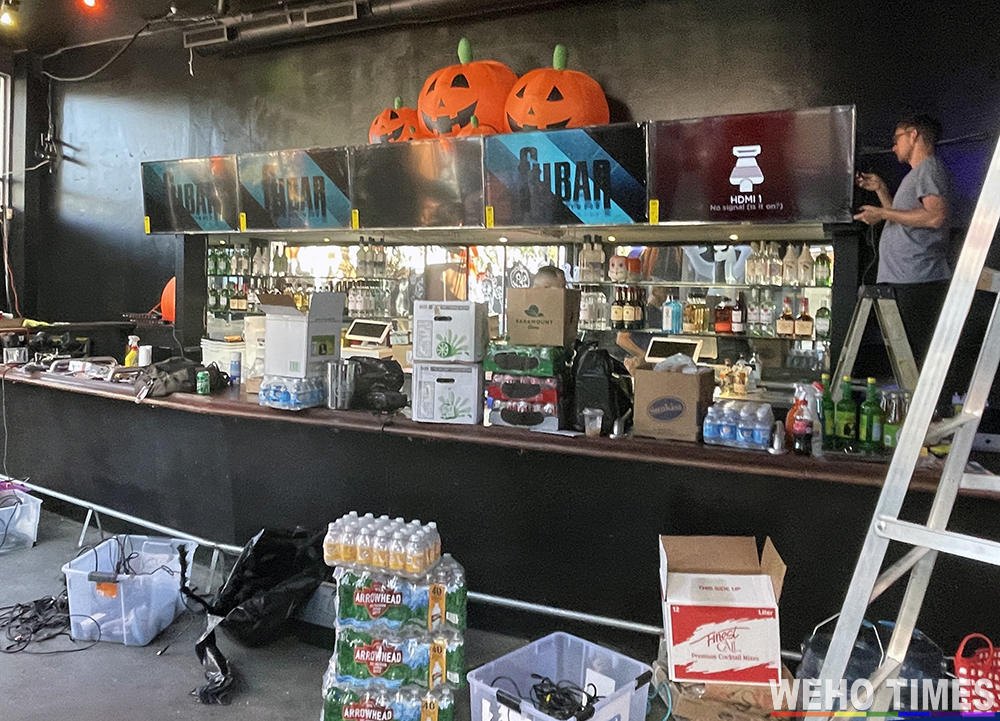 Fubar has flown under the radar and the raunchy bar’s future at its home location at 7994 Santa Monica Boulevard remains in question. Their Yelp page says that the bar is “Temporarily closed.” Owner Jay krymis told WEHO TIMES this past June that “No, we are not gone,” despite rumors that the bar is closed for good.

Regardless, the Fubar Halloween pop-up is meshing two worlds together to bring some fun this Halloween weekend. The old Gymsports Bar space is open once again, and patrons will be able to get to meet with some of the Fubar staff, who have not worked at the bar for over a year-and-a-half

It seems the only way to get updates will be through their social media, which is Fubar Los Angeles on Facebook, and @fubarla on Instagram.

Is Fubar ever going to reopen??