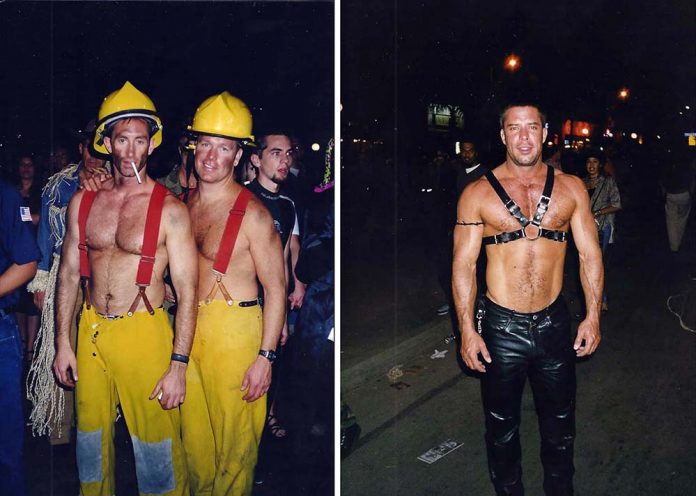 Here’s a #flashbackfriday #FBF to the West Hollywood Halloween Carnival back in 1999. Yes, we know, Halloween is like sooo last weekend ago, but WEHO TIMES reader and former West Hollywood resident Gary Littleton shared these photos us and we couldn’t sit on these for a whole year to share them with you.

These vintage images depict a time in the City of West Hollywood when the sense of humor was twisted and what was deemed funny then, would never fly today, not even on Halloween. We’re talking about KKK getups, to leather men, to trucked up drag queens, and lots of shirtless bodies that would never meet today’s instagram standards where you waist must be Facetuned to look smaller than the size of your head.

A lot has changed in two decades, and some things remain the same. 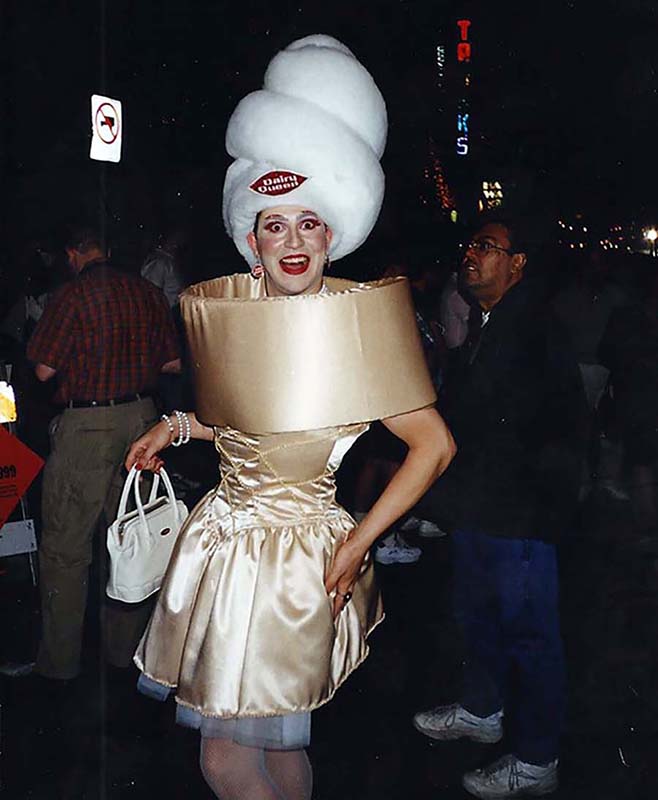 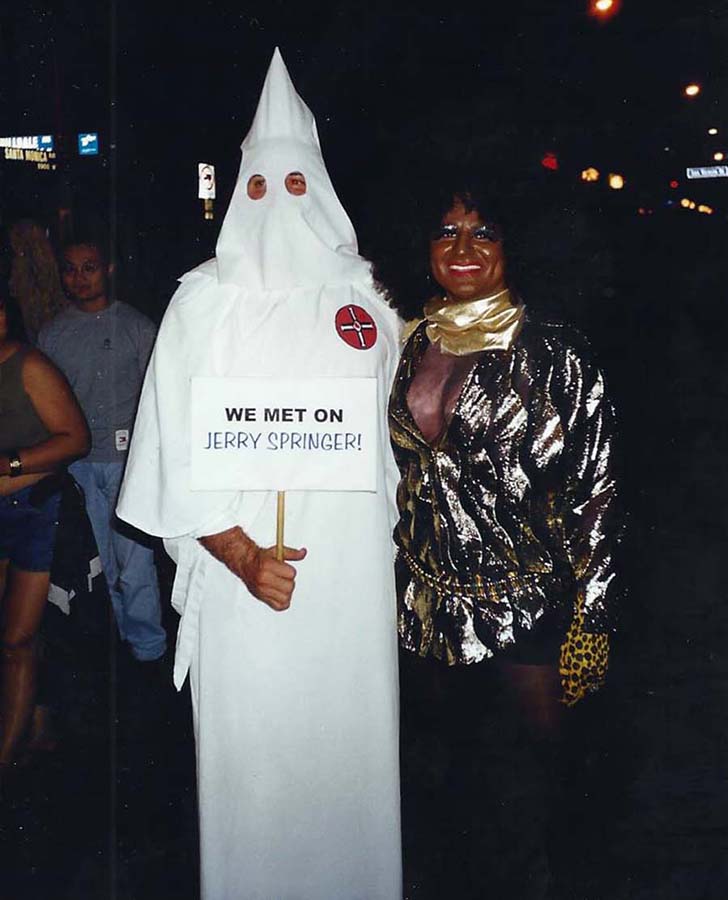 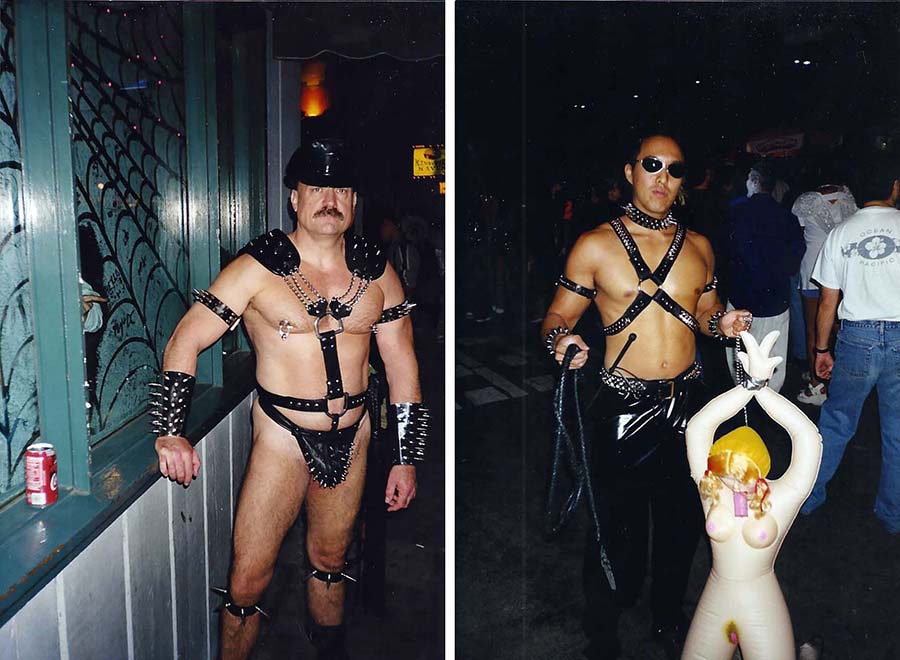 Littleton lived in WEHO for almost 5 years from 1999 to 2005. He lived on Laurel Ave and Hayworth Ave. “I went to many Halloween street festivals,” he said. “I Managed Abracadabra Baskets and Gifts in Beverly Hills and I Managed at Retail Store Inside of the French Market called Dorothy’s Surrender. The thing I remember about that Night was people were all willing to pose for me. It was my first WEHO party. The years I had there were amazing times. The People I met were such wonderful people.”

He says the his favorite pictures from Halloween 1999 are the White Angels. He actually uses them as Christmas cards and other other correspondence when given the chance. 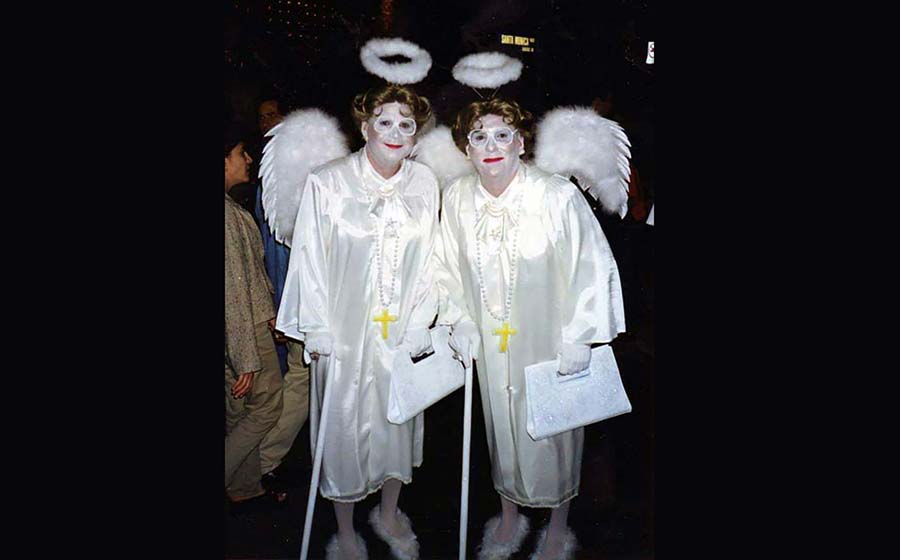 Littleton moved out state to deal with family issues. He settled back into his home state of Delaware and helping to care for My 86 Year Old Dad (he Lost his mother while living in WeHo).

He looks back at his time in the city of West Hollywood fondly. “I actually met a lot of celebrities over the years there,” he said. “Leslie Jordan was a Hoot. Lenny Von Dohlen had to have been the most amazing person to see in person. Like a human Siberian Husky. I still chat with friends in LA like Bernie Guzman, private chef to the Stars. I miss him still. He worked for Will Smith, Mary J. Blige, Adrienne Maloof etc. My nickname for Bernie is Bernice Wearing Her Christmas Tree Skirt.” 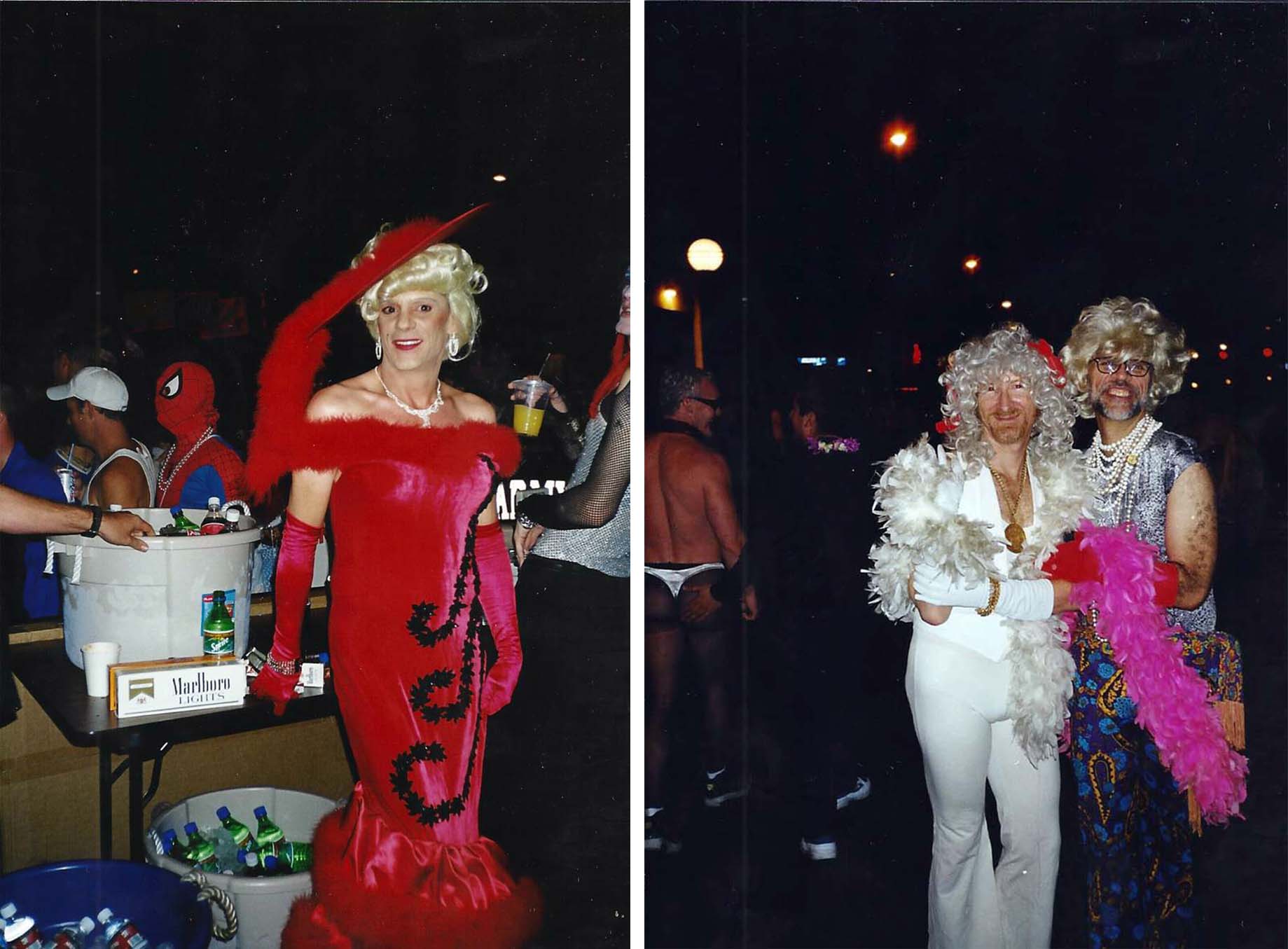 “What I Noticed About the 1000s of people I met in LA was that most of them were left handed,” he added. “I watched them all signing their credit card slips with their left hand. Goes to show you how much creativity is in LA.”

He agrees with the closure of the West Hollywood Carnaval this year for the safety of the public during COVID. He says his nephew just got out of the hospital after being on a ventilator for 21 days. He is only 35.

“I miss so much about LA,” he said. “But I have to settle on my memories now. 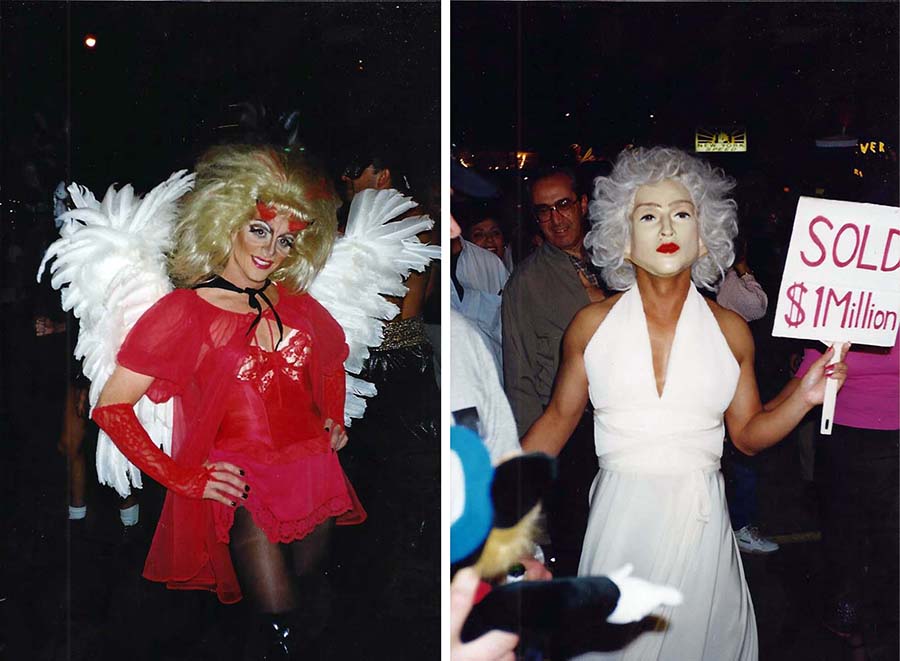 The KKK and the woman in the black face is so wrong. That’s not making the best of Halloween. It is not a good memory and showing disrespect to all the people that this photo offends. I have many fond memories of the old Halloween. KKK and black face is not one of them.