Last month’s Pride Month in June was witness to over 5 million visitors who attended New York City Pride for this year’s NYC WorldPride event during the 50th Anniversary of the Stonewall uprising. The celebration of half-century of LGBTQ+ liberation has been deemed the largest World Pride event and the largest LGBTQ celebration in human history.

Pride Month may be behind us, but the pride celebrations continue throughout Southern California with several Pride events brewing in the upcoming months. We have Ventura Pride, Whittier Pride, DTLA Proud Festival, San Gabriel Valley Pride, Palm Springs Pride and there’s even a Pasadena Pride this year, to name a few festivals that are coming soon to a city not too far from WeHo. 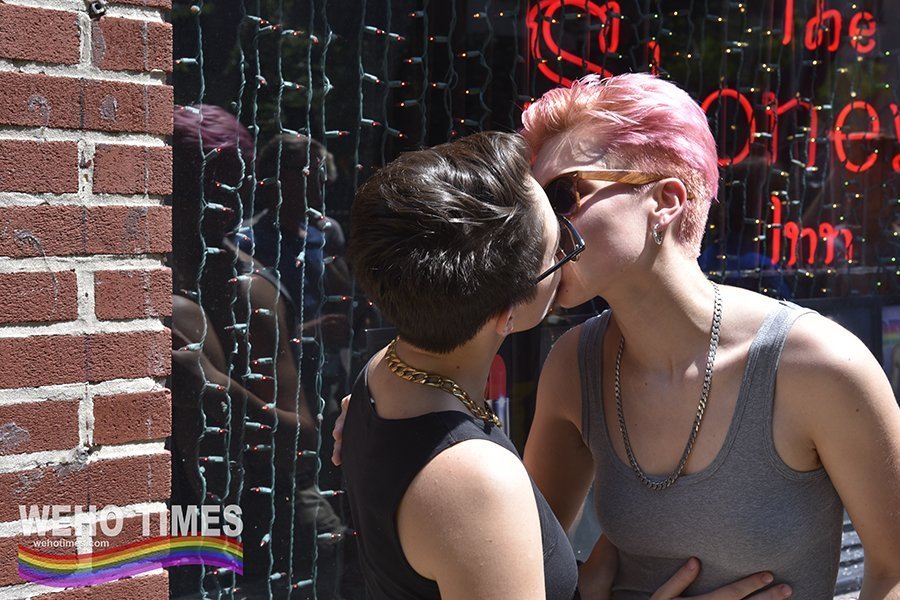 WEHO TIMES left the West Hollywood bubble to witness the massive crowds at NYC Pride for WorldPride. The entire island was transformed into rainbow colors with large corporations joining smaller mom and pop shops to display rainbow flags in complete solidarity with the LGBTQ+ community.

We repeat, WorldPride in New York was huge. It was 50 events crammed into 30 days with millions and millions of people descending into NYC to be a part of history. You had Madonna, Lady Gaga, politicians, activists and a long list of of celebrities popping in to say a few words during WorldPride weekend, but it was the people in the streets that made the event memorable.

From the Queer Liberation March, to waiting for five hours to march on the NYC Pride parade, it was a massive affair on Sunday, June 30 to cap off Pride Month. 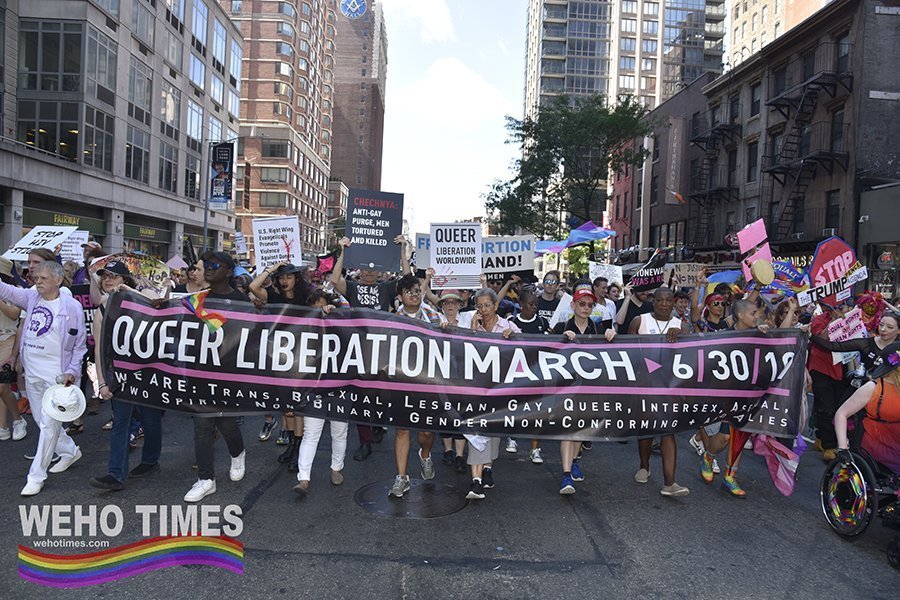 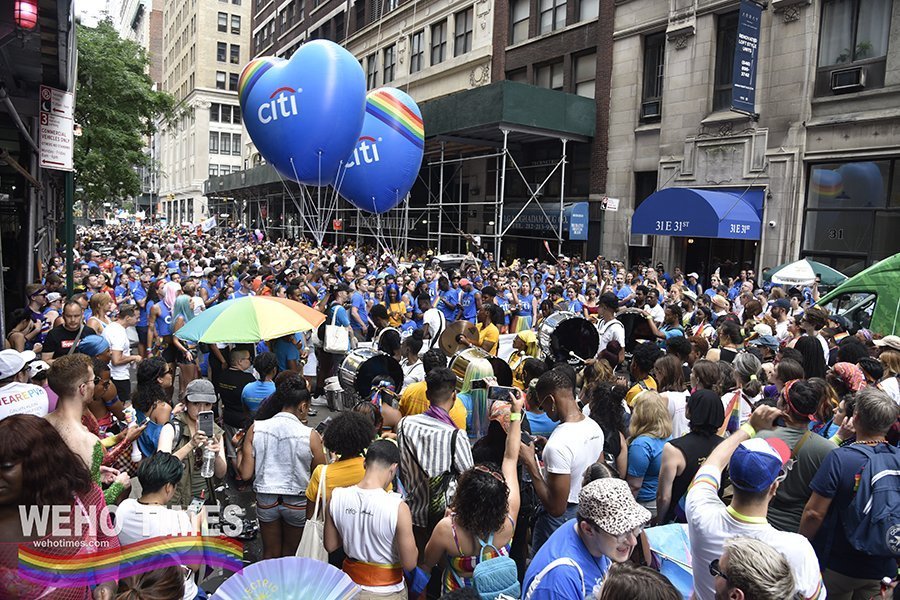 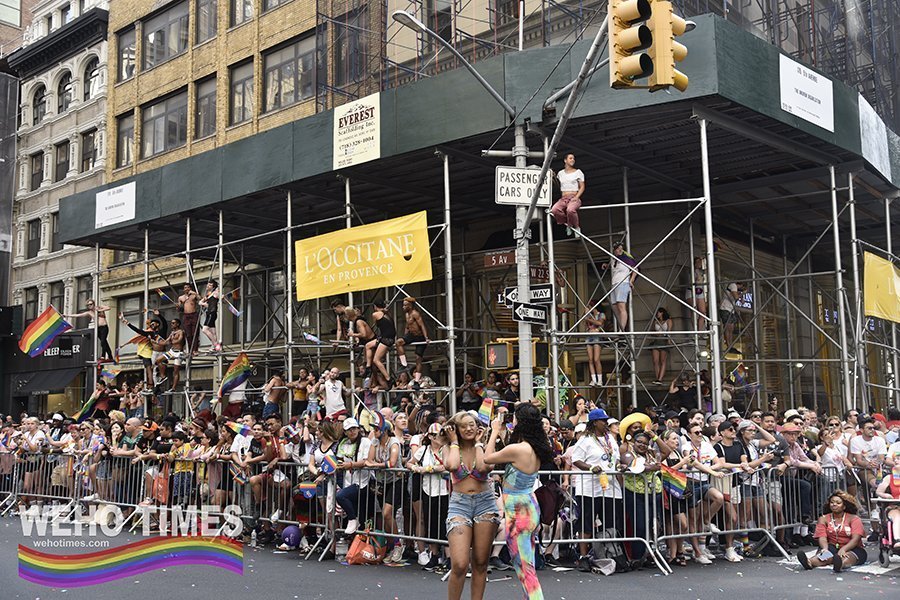 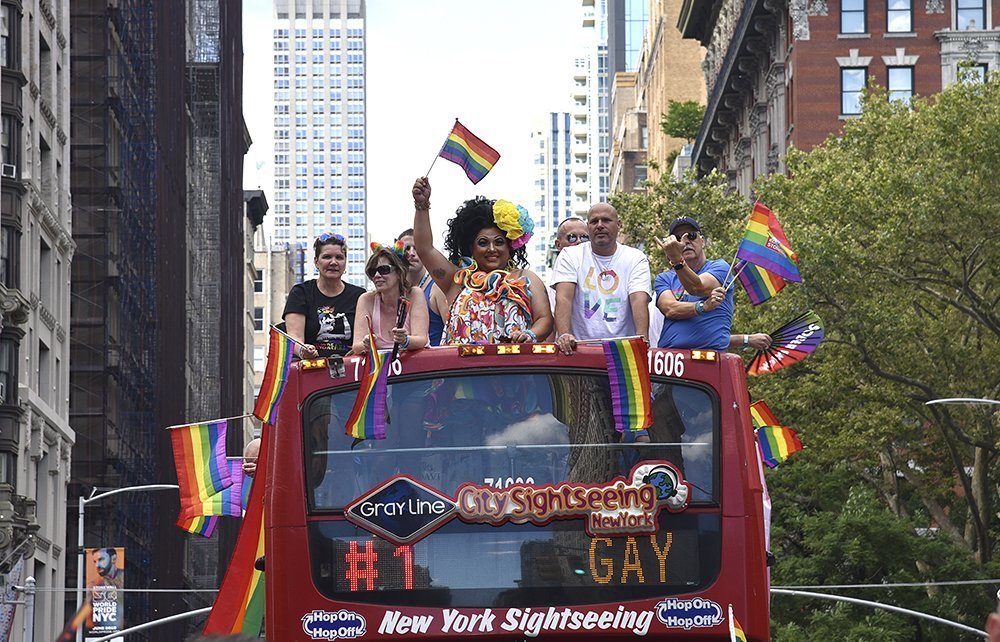 WEHO TIMES ran into a lot of Wehoans who marched with the Gay & Sober group, a LGBTQ nonprofit organization that provides a safe, fun, and enriching experience to the sober community with a primary purpose to encourage unity and enhance sobriety.

Gay & Sober has successfully launched a special men’s conference in New York City devoted to celebrating recovery from addiction to alcohol and drugs. For three days in June, during NYC Pride, hundreds of fellows get together for a weekend of health and wellness workshops, big speaker meetings, spiritual growth, memorable dance parties, and top entertainment. Every Sunday in June, all LGBTQ+ people in recovery are invited to march in solidarity at the NYC Pride parade.

We have a bunch of photos for NYC WorldPride that we wanted to share with our readers.

All photos by Paulo Murillo for WEHO TIMES. 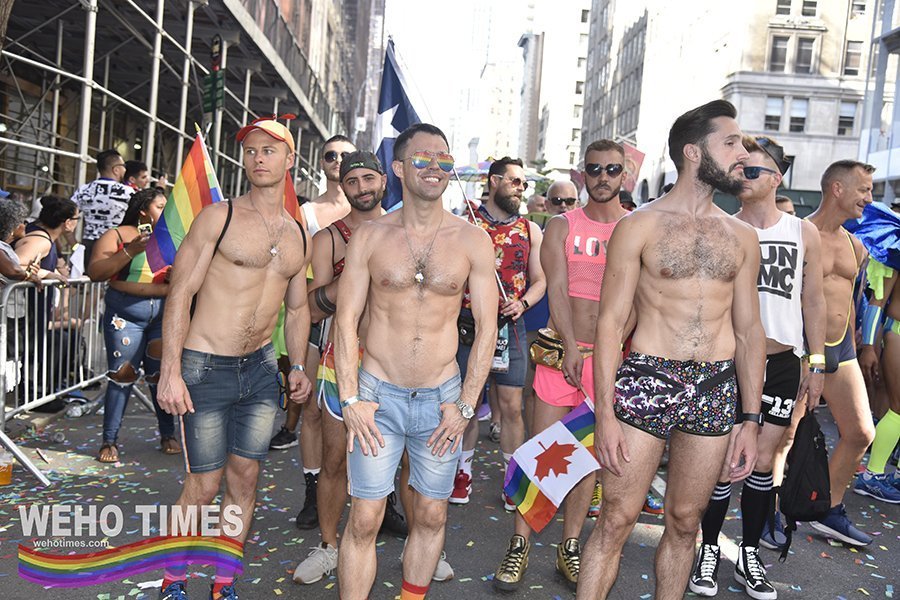