Home Culture Flash Back to the 80s at The Bourbon Room for Rock of... 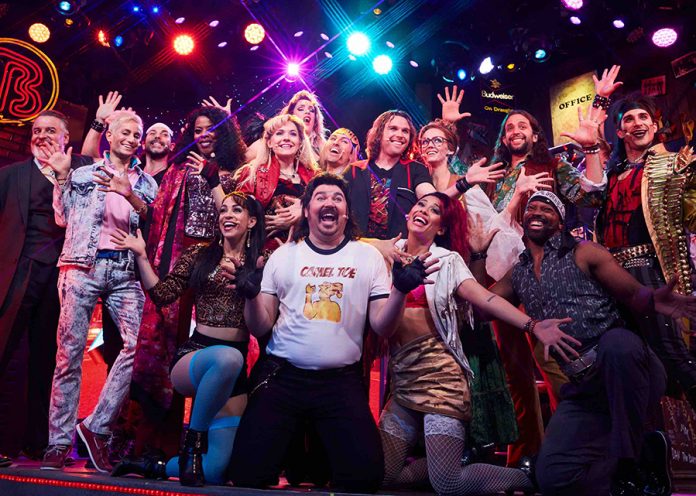 Big hair, leather and lace and a strong cast make the revival of Rock of Ages at the Bourbon Room, worth seeing.

What used to be Cinespace, located located at 356 Hollywood Blvd., 2nd floor, is now the head-banging 80’s inspired Bourbon Room housing the revival of the “Rock of Ages” dinner theater musical.

Modeled after the bar in both the “Rock of Ages” movie and stage show, pre-show guests get to immerse themselves in the atmosphere and music of the 1980’s. Don’t expect Duran Duran, pastel jackets and loafers sans socks. Here it’s teased hair, leather pants, heavy metal music and temporary tattoos. There’s also 80’s themed Bourbon Room drinks including Oh Sherry, The Stacee Jaxx, I Want to Know What Love Is and Hit Me with Your Best Shot.

The 250-seat theatre is a model of the fictional Bourbon Room nightclub with bright neon lights, a stripper pole and a heavy metal back-up band. Guests can order and enjoy drinks and dinner before, during and after the show.

The “Rock of Ages” musical landed in Hollywood over a decade ago, then headed to Broadway, and then the film (with Tom Cruise) before returning to Tinsel town for this immersive rendition.

The audience I sat in, many dressed in ‘80’s leather and lace, denim washed and neon attire, loved this in your face version of “Rock of Ages.” Cast members come into the audience to dance and perform and their enthusiastic energy travels throughout the room with audiences swaying in time to songs with provided fake lighters. 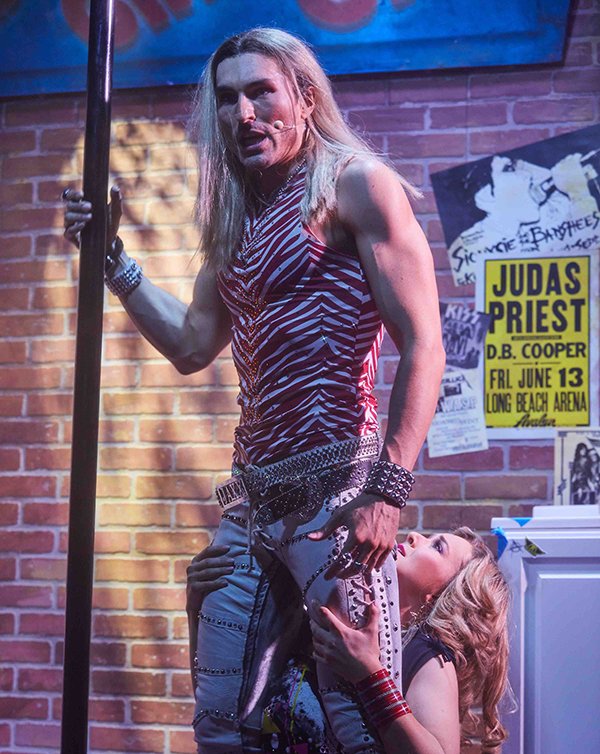 All of the performers have great voices and most of them also have scantily clad great physiques. Other standout performances come from Nick Cordero, as Bourbon Room owner Dennis, and Matt Wolpe, as Lonny, narrator and Bourbon Room sound engineer.

Strong vocals, immersive performances and a great cast and band will keep audiences rocking long after leaving the Bourbon Room.

“Rock of Ages” at the Bourbon Room, 6356 Hollywood Boulevard, tickets $89 to $129 at https://www.rockofageshollywood.com.