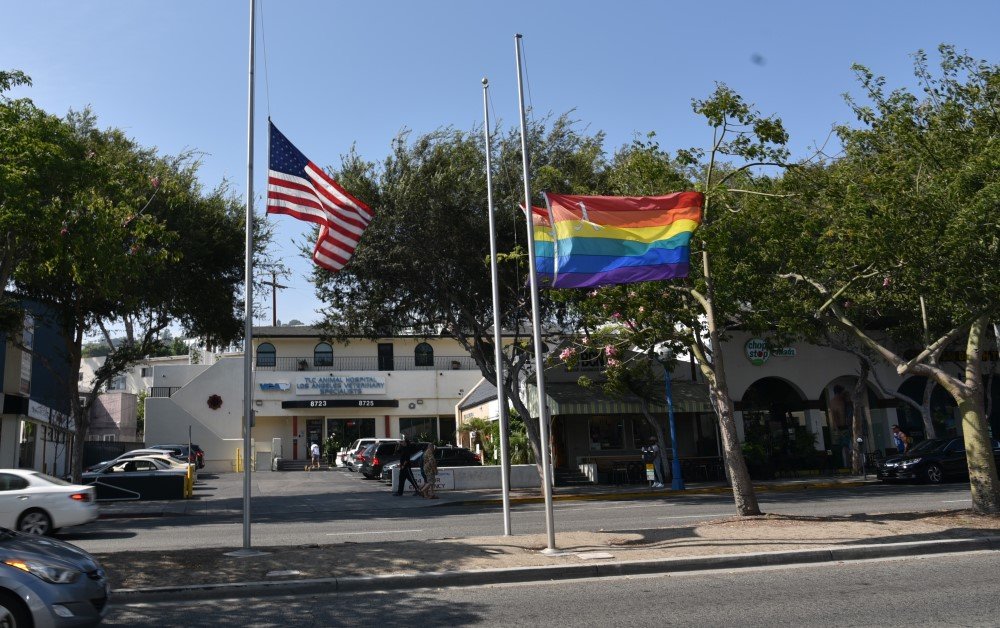 The city of West Hollywood responded to the passing of Senator John McCain by lowering flags to half mast all over the city. The 81-year-old senator and war veteran died at 4:28 p.m. on August 25, 2018, from a brain tumor. He was diagnosed with a glioblastoma following a procedure to remove a blood clot back in July.

“RIP SENATOR JOHN MCCAIN,” WeHo Mayor John Duran posted on his Facebook page on the morning of August 26. “You are an American hero and someone who was deeply revered by so many – including those who didn’t always agree with you – like me. You dedicated your life to service for the USA first as a military man, a Congressman and then as the maverick US Senator.

You saved Obamacare for hundreds of thousands who may never know that your one vote that fateful evening in the US Senate preserved their health coverage.

When a supporter of yours tried to claim Barack Obama was a Muslim and an outsider you politely stopped her and told her she was mistaken – that Barack was a decent man, a practicing Christian and a family man.

You lived a life of truth and integrity. This is why the current President writhes at the mention of your name.

You were decent, honest, dedicated, forthright, principled and had an amazing sense of humor. He is indecent, a liar, self seeking, unmoored, reckless and has no sense of humor or humility.

Thank you for asking former Presidents Barack Obama and George W. Bush to speak at your memorial. You remind us that we are above partisanship and share more in common than we are different.

I have experienced my entire political life knowing about Sen. John McCain of Arizona. In your later years, you became someone the LGBT community could call a friend.

You died in beautiful Sedona where you were happiest. You showed us all how to live a good and full life.

You are in the heavens now and will be missed here sir. We honor you.”

Sen. McCain will lie in state at the Arizona State Capitol on Wednesday and the U.S. Capitol Rotunda on Friday. He is being transported to Maryland for a private service at the U.S. Naval Academy in Annapolis on Sunday.