Flags in the city of West Hollywood are flying at half mast today in honor of fallen West Hollywood Sheriff’s Deputy, Amber Joy Leist. The 12-year veteran was struck and killed by a vehicle in Valley Village, on Sunday morning.

Sheriff Alex Villanueva said Leist was struck by the car while she was returning to her vehicle. The car was heading eastbound on Riverside after the light had turned green.

Leist was pronounced dead at a nearby hospital. 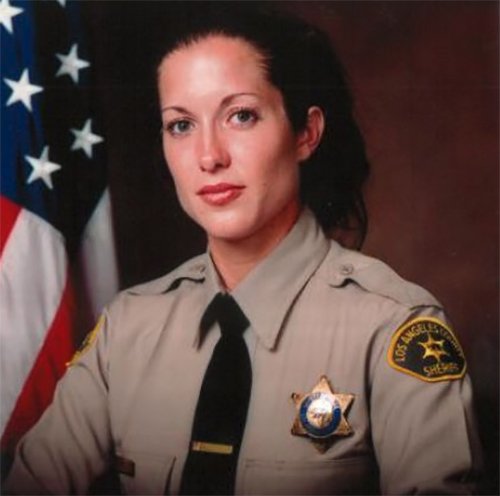 According to reports, the driver who struck Leist remained on the scene and tried to assist the deputy.

“Today, @LASDHQ is grieving,” Villanueva posted on his Twitter account. “We are shocked/stunned by the sudden loss of a family member. Amber Leist, a @WHDLASD detective, and 12 year veteran of LASD, was fatally struck by a vehicle in @LACity while assisting others. She was an outstanding detective who lead by example.”

Dozens of law enforcement vehicles formed a procession, and a line of deputies saluted Leist as her flag-draped coffin was taken inside the morgue, “to ensure the safe passage of our fallen sister…”

“West Hollywood is grieving the loss of West Hollywood Sheriff’s Station Detective Amber Leist who tragically lost her life after assisting a pedestrian in need,” reads a post on the City’s social media outlets. “As a mark of respect and honor, flags throughout the City will be flown at half-staff today. Your service to our community will never be forgotten. Thank you, Detective Leist.”

—
Editor’s note: This article was updated to reflect that the accident occurred in Valley Village, not Simi Valley.